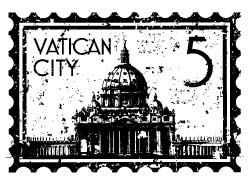 The Vatican, Spivs and the EFSF

I have to confess I’m a little bit spooked, in Monday’s between the lines I tongue in cheek posed the question “who was left to offer up an opinion on how to solve the Eurozone crisis?” I jokingly suggested the Pope..gulp..and today the Vatican publicizes their opinion. If I go missing for a few days you’ll know the priory of Sion is on to me.

The Vatican has called for a radical reform of the world’s financial system, including the creation of a global political authority to manage the world’s economy. The aim is for a new world economic order based on ethics and the search for the common good. The proposal by the Vatican’s Pontifical Council for Justice and Peace, released on Monday, follows up on Pope Benedict XVI’s 2009 economic encyclical that denounced a profit-at-all-cost mentality as responsible for the global financial meltdown. The new document stresses “the economy needs ethics.” It suggested that the reform process begin with the United Nations as its point of reference.

Given how wealthy the Catholic church is perhaps the opinions are not as altruistic as first appears, perhaps the Vatican will revert to its historical routes and go all out Capitalist, issuing bonds, waging wars in the name of conversion, building up incredible reserves of wealth. Let’s hope they don’t discover oil in Rome and threaten to sell it in a new currency called the Vati, surely the USA and NATO have organized enough regime change for one decade..?

We haven’t seen the acronym SPIV floated around the world of high finance regularly for at least three years, 2008 was the last year the abbreviation was used regularly. Special purpose investment vehicles were used back in 2008-2009 to dump the junk and incredibly delinquent investments banks wanted to relieve themselves of and politicians agreed to bear the cost of such onto the unsuspecting public. The irony of the word SPIV in London slang was not lost on many market commentators back then, although a word that has largely disappeared from common use it meant a small time ‘wheeler-dealer’ who flew under the radar of the authorities. In the United Kingdom, a spiv is a particular type of petty criminal, who deals in stolen or black market goods of questionable authenticity, especially a slickly-dressed man offering goods at bargain prices. The goods are generally not what they seem or have been obtained illegally. The term spiv was particularly used during the Second World War and in the post-war rationing period for black-market dealers.

The euro zone could combine two proposals for increasing the firepower of its rescue fund – an insurance model and a special purpose investment vehicle. A ‘paper’ being floated by the EU said neither option would require politically-difficult changes to the existing European Financial Stability Facility (EFSF). Under the insurance model, the EFSF could boost market confidence in new debt issued by a struggling member state by guaranteeing a proportion of the losses that could be incurred in the event of default. The EFSF extends a loan to a member state, which would buy EFSF bonds in return. The bonds would be the collateral for a partial protection certificate to be held in trust for the state. Both the bond and the certificate would be freely tradable.

If the state defaults the investor would surrender the protection certificate to the trust and receive payment from the EFSF. This option couldn’t apply to states already receiving euro zone/International Monetary Fund bailouts, they are no longer issuing bonds on the primary market. Under the SPIV scheme, one or more vehicles would be set up either centrally or in a beneficiary member state to invest in sovereign bonds in the primary and secondary markets.

This proposal would be unlikely to help Greece, suspicions that the EU are simply searching for a way to soothe markets and get them prepared for Greece’s inevitable default looked heightened as Greek bank shares crashed in Monday’s two trading sessions. Greek bank shares shed more than 13 percent on Monday on fears that a deeper markdown on Greek government bonds held by the private sector would force lenders to seek state support to recapitalize. Talks of haircuts ranging from 40 to 50/60 percent on Greek government bonds could mean resorting to the capital support backstop, the Financial Stability Fund (FSF) for some banks. Attica Bank lost circa 22.1 percent and Eurobank was down 16.5 percent. National Bank of Greece SA and Alpha Bank SA tumbled more than 19 percent.

Markets
Stocks and commodities gained in NY and Europe after the Asian session earlier in day on Monday took the lead with reports showing China’s manufacturing may grow in October for the first time in four months and Japanese exports rose more than expected last month. The SPX closed up 1.29%. In European markets the STOXX closed up 1.35%, the CAC up 1.55%, the FTSE up 1.08% and the DAX closed up 1.41%. The equity index future for the FTSE & SPX is currently flat. Brent crude future is currently down $29 a barrel and gold is flat.

Currencies
The dollar fell versus all of its major counterparts in Monday’s trading sessions due to equities rallying on better than expected corporate earnings, commodities advancing also reduces the dollar demand as a refuge. The yen approached a record high versus the dollar after Japan’s exports rose in September more than forecast. Australia’s dollar climbed after a preliminary survey showed Chinese manufacturing may be the highest in five months. The yen increased 0.3 percent to 76.10 versus the dollar at 5 p.m. in New York after reaching a post-World War II record high of 75.82 on Oct. 21. The euro appreciated 0.2 percent to $1.3929 after earlier dropping 0.5 percent. The euro was static at 106 versus the yen. Australia’s dollar rose 1 percent to $1.0475.

Canada’s dollar approached its strongest level in over a month after reports suggesting China’s manufacturing may grow in October for the first time in four months. Canada’s currency advanced 0.3 percent to C$1.0030 per U.S. dollar at 5:01 p.m. in Toronto, having earlier touched C$1.0022, the strongest since Sept. 21, which was also the last time the currency traded at parity with the USA dollar. One Canadian dollar buys 99.63 U.S. cents. The loonie has weakened 1.2 percent in the past month, according to Bloomberg Correlation-Weighted Currency Indexes, a gauge of 10 developed-nation currencies. The greenback has declined 3.9 percent, and the yen has lost 3.2 percent of its value.

Sterling weakened versus most of its major peers tracked due to concern that U.K. economic growth is slowing. The pound was little changed at 87.14 pence per euro at 5:27 p.m. London time, after rising by 0.4 percent to 86.74. Sterling fell 0.1 percent to 121.52 yen and strengthened 0.2 percent versus the dollar to $1.5978. Sterling has dropped 1.2 percent in the past six months, according to the respected Bloomberg Correlation-Weighted Indexes, which tracks 10 developed-market currencies.