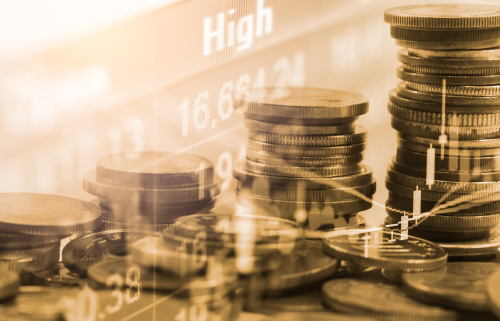 GPB/USD slumps as U.K. GDP contracts and the U.K. government makes no progress on Brexit

The U.K. statistics agency, the ONS, provided a shock statistic for the U.K. economy on Monday morning. The GDP growth came in at -0.4% month on month for December, missing the expectation of 0.00% growth. It should be noted that historically, in an economy such as Britain’s; driven by services and consumption, the final month and quarter of the year is generally positive, in terms of growth. But the quarter came in at 0.2%, missing the forecast and falling from 0.6% in Q3. According to various agencies, the annual growth came in variously between 1.3% and 1.4%, depending on the calculation. Reuters confirmed it at 1.3%, falling from 1.6%.

The U.K. govt public relations department went into crisis mode, highlighting that growth had only stalled, as it had done throughout Europe. However, looking under the bonnet at the raft of data, is cause for alarm. Exports have fallen, despite the weak pound. Business investment is -3.7% year on year and manufacturing is now in recession, after delivering six months in series of negative readings. Industrial production and construction output is also flirting with recession. Many of these metrics, added to a disastrous set of IHS Markit PMIs published last week, are indicative of an economy heading towards recession, or at best stagnation towards Q3-Q4 of 2019.

Sterling fell versus the majority of its main peers throughout Monday’s trading sessions; GPB/USD ended the day trading down 0.67% at 1.286, crashing through S3, eradicating the gains made since mid January, whilst finally moving away from the gravity of the 1.300 handle and 200 DMA. EUR/GBP traded up 0.27% and is now trading flat weekly, at 0.878. Versus AUD, NZD and CHF, sterling replicated a similar pattern of falls. Despite the gloomy data, the U.K. FTSE 100 closed up 0.82% on the day. Due to the majority of firms in the index being USA based and trading in dollars, a fall in sterling has a beneficial effect.

The lack of progress with regards to Brexit was highlighted once again, as E.U. negotiator Michel Barnier had to repeatedly spell out, in no uncertain terms, that the terms of the withdrawal agreement will not be reopened for renegotiation. Despite this, the Tory govt put their collective fingers in their ears, with prime minister May continuing a narrative as if dialogue can continue. The U.K. parliament is due to debate Brexit once again on Wednesday 13th, during which May is predicted to ask parliament for more time, as the March 29th deadline rapidly approaches. With precious little European, or Eurozone news published on Monday, the main Eurozone indices; France’s CAC and Germany’s DAX, closed the day up circa 1.0%. EUR/USD closed out the day down circa 0.46% at 1.127, as the euro gave up value versus the majority of its peers.

USA indices experienced mixed trading fortunes during the New York session on Monday, the DJIA closed down -0.21%, the SPX up 0.07% and the NASDAQ up 0.13%. The spectre of the trade talks, scheduled to take place this week with China, weighed on equity investors’ decision making and sentiment, as investors also sought solace in the safe haven of USD, which rose versus the majority of its peers. The influence of (what was perceived as) a dovish statement by the FOMC and Fed chair Jerome Powell, when they kept the key rate at 2.5%, appears to have waned. The March 2nd deadline, for the USA to inflict 25% tariffs on $200b of Chinese imports into America, appears set to expire. Only direct intervention from Trump, is likely to alter the impasse.

The high impact events which FX traders need to diarise for Tuesday’s sessions, include the speeches by Mark Carney the Governor of the Bank of England at 13:00pm U.K. time and Jerome Powell, the chairman of the USA central bank the Fed, at 17:45pm U.K. time. The content of their speeches have not been pre released, the range of subject matter they could cover is substantial.

With Mr. Carney the subjects of: inflation, the latest disappointing U.K. GDP growth figures and Brexit could be discussed. With Mr. Powell the subject matter could include the ongoing trade tensions with China, the prospect of further interest rate increases during 2019, global growth potentially falling and various recent metrics relating to the USA economy, not coming in as forecast. Naturally, during the delivery of both speeches to their respective audiences, the currencies both individuals are responsible for, will come under the spotlight.

« The RBNZ are set to announce a hold of the OCR rate on Wednesday morning, FX traders should, however, concentrate on Governor Adrian Orr’s accompanying press conference Global markets rally as USA govt shutdown is avoided and Trump reaches out to Xi for USA-China meeting »