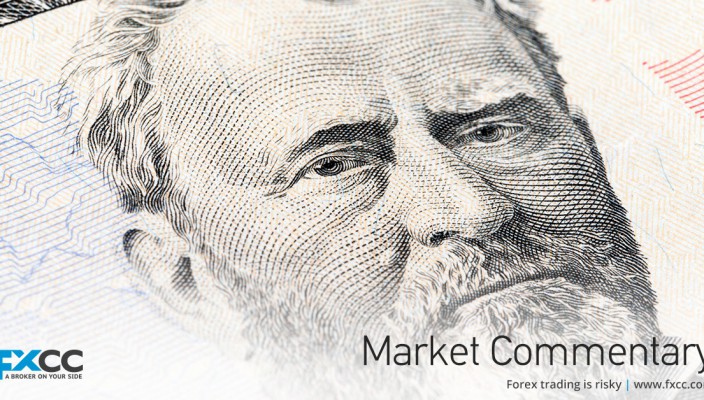 Global equity markets were cheered overnight, as news filtered down that the USA government had avoided an upcoming shutdown, after a budget was agreed by congress for border security. The agreed congress funding of $1.4b for border security, falls far short of the $5.7b of funding Trump wanted approved, to specifically build his infamous wall, between Mexico and the USA. Naturally, Trump will attempt to save face, by claiming the wall will still be built, but the important issue is that government employees will not suffer any further gaps in wages, in the near future.

The next issue equity investors and FX traders hope will be resolved amicably, involves the negotiations between the USA and Chinese delegations, to avoid tariffs on up to $200b of Chinese imports, being raised from 15% to 25% by March 2nd. News emerged via the Trump administration, that the U.S. President is now keen to meet with China’s leader Xi as soon as possible. By 9:00am U.K. time, futures markets for USA indices were indicating a 0.75% rise in the NASDAQ and 0.63% rise in the DJIA, when New York opens on Tuesday afternoon.

Asian markets rallied during the Sydney and Asian sessions, a potential breakthrough to the Chinese tariff impasse was regarded as positive for the region. AUD/USD had risen by 0.30% in the early part of the London trading session. Japan’s NIKKEI closed up 2.61%, whilst the Chinese markets also rose; the CSI closed up 0.72% and is up 10.62% year to date, a significant improvement from the performance which saw the index lose approximately 25% of its value during 2018. European markets also traded in positive territory during the early stages of the London-European trading session; at 9:30am U.K. time the FTSE 100 traded up 0.38%, Germany’s DAX traded up 1.08% and France’s CAC up 0.83%.

The DXY, dollar index, a metric that uses a basket of currencies to gauge the value of the dollar, was trading up 0.1% at 9:15am, up 1.1% weekly and 1.52% monthly. The DXY is up circa 8.26% yearly, indicative of the overall strength of the U.S. dollar versus its peers during 2018, after the hawkish Fed instigated their aggressive programme of interest rate rises. USD/JPY traded up 0.19% at 9:30am, maintaining position above the critical 110.00 handle, whilst GBP/USD and EUR/USD traded close to flat, after GPB/USD had earlier printed a three week low.

The value of sterling is likely to come under close scrutiny during the week as, once again, the subject of Brexit is debated in the U.K. House of Commons. The U.K. prime minister is scheduled to not only update the HoC on progress, but put forward another meaningful vote for MPs to decide on. However, the prediction is that she’ll ask for more time to renegotiate a different withdrawal agreement, despite the E.U. refusing to discuss the withdrawal agreement, which they continue to repeatedly confirm is non negotiable.

At some stage, the FX markets en masse, may begin to interpret this lack of progress by the U.K. as proof that the Tory party prefer no deal Brexit, therefore, sterling may experience a sudden shock. Alternatively, if a positive breakthrough develops, if for example, May agrees to the U.K. remaining in a customs union, whilst choosing by default what’s referred to as the BINO (Brexit in name only) option, then sterling might rally. It’s worth repeating; that as the clock ticks down to the March 29th exit deadline, the price of currency pairs, such as GPB/USD and EUR/GBP, could fluctuate wildly.

Mark Carney, the Bank of England Governor, is due to deliver a speech this afternoon in the U.K. at 1:00pm, sterling traders would be advised to tune into the speech and adjust their sterling pairs’ exposure accordingly. Mr. Carney could cover a wide range of subjects, including: weak PMIs, U.K. GDP contraction for December to -0.4% and Brexit. Similarly, Jerome Powell, the Fed chair, delivers a speech in the USA at 17:45pm in Mississippi, on the subject of rural poverty. The statistics regarding rural poverty and poverty in general in the USA, are alarming, unprogressive and not conducive with the ambitions of the world’s largest economy. What policy Jerome Powell, in his position as Fed chair, can instigate to potentially alleviate rural poverty, will be fascinating to learn of.

« GPB/USD slumps as U.K. GDP contracts and the U.K. government makes no progress on Brexit The latest CPI figures for the U.K. and USA economy, could cause the value of sterling and the U.S. dollar to fluctuate »