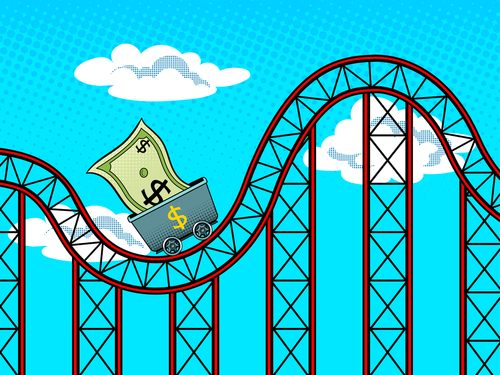 The latest CPI figures for the U.K. and USA economy, could cause the value of sterling and the U.S. dollar to fluctuate

Feb 12 • Forex Trading Articles, Market Commentaries • 1174 Views • Comments Off on The latest CPI figures for the U.K. and USA economy, could cause the value of sterling and the U.S. dollar to fluctuate

On Wednesday February 13th, both the U.K. and USA statistics agencies will publish the latest metrics relating to inflation, for their respective economies. Inflation figures rank as high impact economic calendar events, due to their ability to move FX markets, particularly if the actual figures which are printed, miss or beat the forecasts from agencies such as Bloomberg or Reuters.

At 9:30am the latest U.K. CPI figures will be published, the Reuters forecast is for the month on month figure for January to have receded to -0.7%, falling from the previous figure of 0.2%. Yearly CPI is predicted to come in at 2.0%, falling from the 2.1% figure previously recorded (year on year) up to December.

The U.K. CPI data is accompanied by a raft of other figures released by the ONS, the RPI (retail price index) and various producer price data are also published. Analysts might scour the producer inflation data, for evidence that: importers, manufacturers and producers, are paying significantly more for goods, due to a weakening pound. If so, inflation pressures may begin to (once again) build up in the economy.

Overall the series provides a snapshot of where overall inflation in the U.K. is headed. A typical comparison is then made with wage inflation, currently running at 3.4% annually, a high since the 2008-2009 recession, to determine the level of disposable income U.K. consumers might have.

The latest CPI data for the USA is published at 13:39pm U.K. time. Reuters are predicting that January’s headline inflation figure will come in at 0.1%, above the -0.1% recorded for December. As a consequence of such small rises over recent months, Reuters panel of economists estimate that inflation will fall to 1.5% annually, from its previous recorded level of 1.9%. Such a fall may take FX market participants by surprise, if its met. Whilst there could be an impact immediately on the value of the USD.

One of the principal reasons the FOMC/Fed have for raising the key interest rate in the USA, is to control inflation, with the Fed’s target being around 2%. FX analysts and traders will quickly deduce; that if inflation falls any further or comes in at 1.5%, then the central bank and its open market committee, will have less reason to raise the key rate, above its current level of 2.5%.

FX traders would be advised to diarise these high impact calendar events, as historically inflation data can provide the ammunition to move FX markets, especially if the prints miss or beat the expectations.

« Global markets rally as USA govt shutdown is avoided and Trump reaches out to Xi for USA-China meeting Who are you trading for, why are you FX trading? Why you must define your trading purpose. »