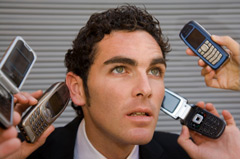 Sep 20 • Forex Trading Articles, Forex Trading Training • 58933 Views • 26 Comments on The Misnomer of Over Trading and How It Differs from Impulsive Trading

Overtrading – the excessive buying and selling of securities by an investor in order to increase the probability of successful trades. Can the phenomena of over-trading be explained away by the singular use of a one line description, does this one sentence fully cater for all the nuances and complexity involved?

It's suggested by many trading experts that over trading can kill accounts just as quickly as either a lack of capitalisation, or lack of expertise and experience. Whilst undeniably a logical conclusion does this claim actually stand up to scrutiny? After all swing traders could immediately condemn the phenomena of day trading in all its forms and in particular scalping as over trading, without even delving into the technique used they'd presume the trader was over trading. But one man's meat is another's poison and over trading may be as misunderstood a concept as other myths that have been allowed to evolve unchallenged in the industry..

"I'm trading four pairs; the euro, cable, euro-yen and the Aussie off fifteen minute time frames. I'm taking up to fifty trades per day and my win/lose ratio is as bad as 7:1 some days, what d'ya think the correct or average amount of legitimate set ups I should be getting each day, am I over trading?"

This is a version of a question often posted on trading forums or on the "ask the expert" sections of broker websites. On first inspection the impulse is to suggest that yes, taking that amount of trades on that amount of pairs is over trading. However, a huge chasm exists between what could be considered over trading and impulsive trading, in fact the concept of over trading may not exist, or if it does it may have become a victim of trader mistranslation.

Let's look at our example trader and analyse his technique further..

Risk; is the trader exercising sound money and risk management? Is the pre-determined risk not exceeding the total committed to in the business plan? For example, if within the trading plan the trader has taken the decision that he'll risk no more than 4% of his trading account per 'group' trade, that an individual trade risk will never exceed 1% and that if his 5% daily account loss limit is breached he'll simply down tools then irrespective of whether or not he's taken five trades on one security, or fifty on four currency pairs the plan has been respected.

Is the trader taking each trade according to the set up? The original question asks how many legitimate set ups on any given pair are we likely to encounter each day or each session? As most experienced traders know this is impossible to predict, we can give an average, we can suggest that each currency pair predictably reacts to certain news events, or break outs at certain market times, but it's impossible to predict that certain pairs will have x amount of set-ups per day.

If traders operate from a strict mechanical strategy and set up, with a slight amount of discretion intervention, then they have to take the set ups when they occur if not then the probability of their system will be skewed. Whilst traders are arguably right to cut their losses on a day when their system has delivered a 4% loss, it may be that market conditions are not conducive to their technique on that particular day, not that the long or medium term viability of their technique is at fault. Impulsive trades and revenge trading should not be confused with over trading. This is a discipline and self control issue which typically and negatively affects fledgling traders close to the start of their careers.

If a professional trader, employed at for example Deutsche bank, was taking on average 100 trades a day on the eur-usd, but had a 65% win loss ratio over past three years, would we rush to condemn him as an over trading adrenaline junkie with no self control, or would we presume his edge is sound and that his employers are delighted with his performance?

The pro trader has a massive advantage over retail clients which enables him to take trades at will on a 'fire and forget' strategy; he has the best technology available and is in effect not paying a spread if working for Deutsche banking, the largest fx trading firm on the planet. Therefore (if scalping) retail traders may experience a lag and poor fill combined with increased spreads at certain times of the day or upon news announcements, that the pro trader will not experience, this can have a huge impact on the R:R, and the ROI. If scalping the pro trader's break even may be the equivalent to the retail trader losing 5-6 pips on the identical trade, an incredibly difficult bridge to cross. However, with incremental time frame adjustments traders would discover that the pro traders' advantage is not as enhanced. If the trader also chooses a reputable ECN NDD broker, offering straight through processing and support services, that advantage is significantly reduced.

If our retail trader trades the ten most traded currency pairs, paying close attention to the correlation, off daily time frames, we wouldn't criticise his strategy as reckless ill disciplined over trading. We would if working off that daily time frame he took trades that didn't form part of his trading plan or hadn't been triggered by his set-up.