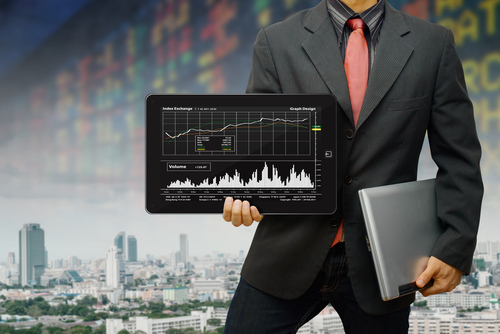 Wall Street numbers declined at the end of the week after the yield on Spanish government debt soared on news the country will spend next year in recession, wiping out a three-day rally in US markets.

Spanish Treasury Minister Cristobal Montoro said earlier that the recession gripping the country today will extend into next year, with gross domestic product falling 0.5 percent in 2013 instead of expanding 0.2 percent as originally forecast.

The news sent yields in Spanish government debt markets soaring to above 7%, a level deemed unsustainable by markets and illustrating a country in need of a bailout.

Earnings season is underway, though some traders sold on concerns that while profits have met expectations, some revenue estimates have not, which further sent stocks declining.

EURUSD (1.2156) The euro took a nose dive on Friday, after investors sentiment turned negative after skyrocketing bond prices were seen in Spain and Italy. The USD was gained momentum once again on hope of Fed stimulus.

GBPUSD (1.5621) The Great British Pound could not sustain the 1.57 price on negative eco data, and warning from the IMF on their harsh austerity measures and lack of growth programs.

USDJPY (78.49) Japanese Finance Ministry warned speculators away from the JPY threatening intervention. The US dollar surged in Fridays session but was unaffected against the strong JPY as investors still sough safe havens.

Gold (1583.75) quickly retreated from the week’s highs after Federal Reserve chief Ben Bernanke gave no hint of further quantitative easing to boost growth in a speech to Congress on Tuesday.
Bernanke offered a gloomy view of the economy’s prospects, but provided few concrete clues on whether the Fed was moving closer to a new round of monetary stimulus.
Such a move would have been gold-friendly, keeping interest rates and hence the opportunity cost of holding bullion at rock bottom, while pressuring the dollar. Speculation an announcement on QE may arrive later this year is still underpinning gold.

Crude Oil (91.59) prices gained more than 1 percent Friday taking cues from supply concerns from Iran and rising Middle East tensions, positive global market sentiments along with weakness in the DX. However, unfavorable economic data from the US capped further gains in the crude oil prices. The EIA inventory this week showed a drop of 0.8m barrels when markets were expecting a drop of over 1million barrels, this is the third straight week of declines.