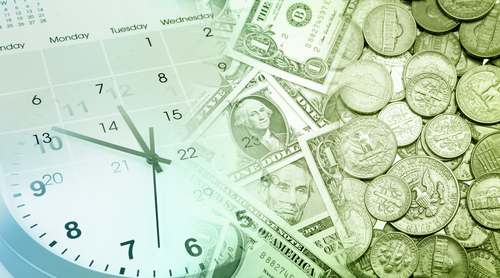 FX traders need to remain focused on Friday, as March begins with a busy day for economic calendar events

Friday March 1st is an extremely busy day for economic calendar events, beginning with a slew of results for the Eurozone. Data from Germany will include the latest retail figures which, according to the Reuters forecasts, are predicted to have risen by 1.90% in January, after posting dismal figures of -4.30% for December. Year on year, an improvement is also anticipated in Germany’s retail performance, up to 1.20% YoY in January, which would represent a recovery from the -2.10% YoY metric, up to December. German unemployment is forecast to remain at 5%, when the latest figures are released at 08:55am U.K. time, with the actual employment count falling by -5k for February.

Germany’s manufacturing PMI is forecast to remain at 47.6 for February, a figure below 50 from IHS Markit, indicates contraction. If no recovery is imminent, this could suggest German manufacturing is in recession. As the engine room of Eurozone growth, such a figure could negatively impact on the value of the euro, if the forecast is met, or missed. At 10:00am the latest Eurozone CPI figures are released; the expectation is that CPI year on year up to January, might increase to 1.50%.

Eurozone unemployment is forecast to come in at 7.90%, whilst Italian GDP is predicted to fall dramatically, from 1.50% to 0.80% annually, up to Q4 2018. From the U.K. we’ll receive the latest manufacturing PMI, forecast to remain above the 50 line at 52.0 for February. Mortgage approval figures and the gross secured lending on dwellings data, will also be broadcast.

Moving onto North America, the latest GDP growth data for Canada will be published at 13:30 pm U.K. time. This release has the capacity to shock, based on the Reuters forecasts. After polling their panel of economists, the news agency are predicting that Canada’s GDP will come in at: 1.00% annualised for Q4 2018, 0.00% for Q4 and 1.40% YoY up to December. FX traders who trade CAD, would be advised to remain vigilant to this economic calendar event, as the release could cause increased speculation in Canada’s dollar, particularly USD/CAD.

A significant volume of USA fundamentals will be published in the afternoon, beginning with metrics on personal income and spending. Spending is forecast to fall to 0.1% in December, falling from 0.40% in November, which could cause interest in USD to increase, based on the expectation that consumer spending generally rises in December. Income for USA citizens is expected to reveal a static figure at 0.30%, for the month of January.

The ISM manufacturing metrics for the USA will be published at 15:00pm, the expectation is for a slight fall to 56.0 in Feb. from 56.6. A data set will be delivered from the university of Michigan, the key legacy metric which FX analysts pay close attention to, is the sentiment reading. Which is forecast to come in at 95.8 for February, from 95.0.