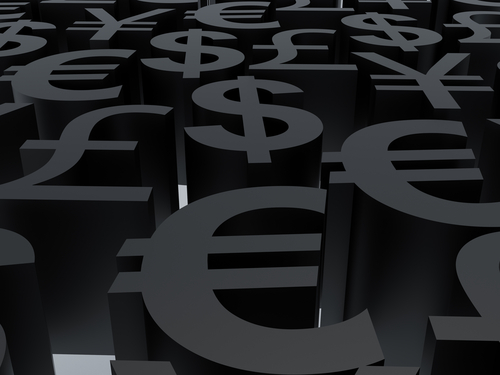 Sterling slipped back versus its main peers during Thursday’s trading sessions, as FX traders appeared to take profits, perhaps collectively calculating that this recent bullish movement had run its course. The recent surge in the value of the U.K. pound, has related to optimism regarding the Brexit impasse. However, FX market analysts may have finally caught up with the developments, realising that very little has changed, nothing has been achieved. Other than the House of Commons securing a vote to ask the E.U. for a delay in article 50, to push back the March 29th exit. But with Macron and Merkel suggesting no extension will be granted, unless it’s for a definitive purpose, the March 29th exit date begins its March countdown.

Finally, certain institutions have questioned whether FX traders have got ahead of themselves. UBS wealth management issued; “caution against chasing the rally, as downside risks for the British pound remain in place. In our view, the risk-reward trade-off to buying sterling only becomes attractive at GBPUSD levels of $1.24 and below and EURGBP levels 0.92 and above,” they wrote in a note to clients.

Thursday evening at 19:30pm GBP/USD traded down 0.28%, up 1.28% weekly at 1.327. EUR/GBP traded up 0.35% at 0.857, down 1.97% monthly. The U.K. FTSE closed down 0.46%. The main Eurozone indices closed up, DAX up 0.25% and CAC up 0.29%. EUR/USD traded close to flat at 19:45pm, after whipsawing in a wide bullish and bearish range throughout the day’s sessions. Both the euro and USD eventually rose versus their respective peer currencies, during Thursday’s sessions. French GDP came in annually as expected at 0.9%, whilst German CPI came in ahead of forecast at 1.60%, which could indicate further signs, added to the recent import falling cost data reported in the morning session, that the German economy might be recovering, from its recent slump.

Whilst USA equity market indices failed to move upwards during Thursday’s trading session, the U.S. dollar rose, as the latest GDP growth figures for the globe’s largest economy, beat the forecast. The annual quarterly figure up to Q4 2018 came in at 2.6% ahead of estimates of 2.2%, falling from 3.5%. Initial weekly jobless claims for the USA economy came in at 225k, with ongoing claims rising to 1805k.

The overall USA economic data published on Thursday, was received positively by FX traders, who pushed up the value of the dollar versus several peers. Against JPY, CAD, GBP the globe’s reserve currency made positive gains, breaching the first level of resistance. USD/CHF whipsawed in a wide range, after falling to the third level of support during the London-European session, the major pair recovered to the first level of support, S1. At 8:00pm price traded at 0.997, just below the 1.000 party level. The dollar index, DXY, traded at 96.15, close to flat.

Friday March 1st begins the month as an extremely busy day for economic calendar news relating to: Europe, Canada and the USA. Germany’s retail sales numbers and the latest employment and unemployment data will be broadcast, the forecast is that German retail metrics will improve considerably, from the dramatic slump recorded for December. Unemployment is predicted to remain at 5%, where it’s remained for many months. Employment numbers are expected to fall by -5k according to the Reuters forecast. Eurozone CPI is predicted to rise to 1.5% from 1.4% annually. Both the German and Eurozone data could impact on the value of the euro versus its peers, as the data is released.

Canada’s latest GDP data will come under close scrutiny as it’s published on Friday at 13:00pm U.K. time. The Reuters prediction is that the GDP annualised rate will fall to 1% for Q4, with the actual Q4 rate falling to 0.00%. The year on year rate is forecast to fall to 1.4%, from 1.7%. Such readings could cause the value of Canada’s dollar to fall versus its peers if the forecasts are missed. Alternatively, if the predictions are beaten, then the CAD dollar could become bullish.

The latest ISM manufacturing data for the USA will be published on Friday afternoon, the Feb reading is forecast to come in at 56.0, falling from 56.6. Still significantly above the 50 line, separating contraction from expansion. Personal spending for USA citizens in December is predicted to have fallen to 0.10%, with income for January at 0.30% growth.