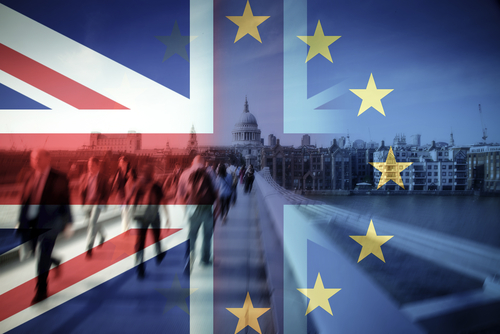 Focus will remain on the U.K. pound, during the trading week beginning March 10th, as three critical Brexit votes will be held in the U.K. parliament

Mar 11 • Forex Trading Articles, Market Commentaries, Morning Roll Call, Uncategorized • 1657 Views • Comments Off on Focus will remain on the U.K. pound, during the trading week beginning March 10th, as three critical Brexit votes will be held in the U.K. parliament

The trading week ending March 8th, finished with a shock statistic; the latest NFP jobs data for February (from the USA’s BLS), revealed that only 20,000 jobs were created during the month. The main USA equity indices sold off on the news, capping a week of losses, with all sessions, from Monday to Friday, closing down. Coming after the previous blistering start to 2019, which has seen the indices rise by 9.4% and 11.6% respectively, year to date, it’ll be fascinating to note if confidence is restored to equity market indices, such as the SPX and NASDAQ, once New York opens on Monday March 11th.

The key, high impact, calendar news events, for FX and indices traders to remain vigilant to, in relation to the USA economy, begins on Monday with the latest retail sales advanced figures. The forecast is for a -0.10% figure for January, a predicted improvement on the shock -1.20% figure, recorded for December.

On Tuesday the latest USA inflation (CPI) data will be broadcast, according to Reuters the key inflation figure is expected to remain at 1.60% YoY, with a rise to 0.60% from 0.20%, for the month of February. Wednesday witnesses the publication of the current durable goods orders for January, the forecast is for a fall to -0.50%. Import and export price inflation for the USA will be published on Thursday, as will be the latest unemployment claims, which are published each Thursday.

The current USA Jolts (jobs openings) figure will be delivered on Friday, a figure that’ll be carefully monitored, based on the previous week’s poor NFP report. The university of Michigan sentiment reading, one of the most respected, soft data, sentiment readings for the USA (given its legacy), is forecast by Reuters to reveal a figure of 95.6 for March, rising from 93.8 in February.

FX traders will need to monitor these high impact calendar releases carefully, given their ability to move the market in the USD and it’s associated peer currencies. Currency traders will also need to remain alert to the main, geo political events, concerning the USA economy, which have failed to reach resolutions, namely; the ongoing China-USA trade/tariffs deal and the potential restarting of North Korean hostilities. Despite falling versus JPY during the trading week ending March 8th, the dollar index rose by 0.81% during the week, to 97.30. Whilst USD made significant gains versus both EUR and GBP and it’s other main peers.

The shock fall in Chinese GDP recently published, followed by the shocking export figures; falling by -20.2% year on year, caused a sharp intake of breath in the analysts community during the previous week. As the engine of global growth, any significant fall in supply or demand for and from China, could cause ripple effects throughout the global economy. Chinese data during this week includes the latest retail sales and industrial production data, to be published on Thursday 14th, together with new loans data published during Monday’s Asian session, which is expected to show a dramatic reduction.

Sterling has proven to be a difficult trade over recent weeks, as its currency pairs have whipsawed in various ranges; wide or narrow, bullish or bearish, in direct relation to any breaking, Brexit news. The week beginning March 11th will prove to be a critical week for the U.K. pound, therefore, sterling traders must remain hyper vigilant to the political situation during the week’s trading sessions and not just the economic calendar events, specifically relating to the U.K. GBP/USD fell by -1.42% weekly during the week ending March 8th, EUR/GBP rose by 0.30% and GBP/CHF fell by -0.83%, during a week when these pairs oscillated in wide ranges.

On Tuesday, the U.K. Parliament will once again vote on the withdrawal agreement (WA), the plan B of Theresa May is identical to the plan A, voted down by a record amount in January. It is expected that the second presentation of the WA will also be voted down. Thereafter, on Wednesday and Thursday, two more votes will take place. One vote to try and prevent a no deal Brexit, the other vote will be a consensus to approach the E.U. to ask for an extension, in order to delay Brexit past March 29th. However, it’s unlikely that the E.U. will grant an extension for the U.K. government to waste more time. Therefore, unless the U.K. Parliament comes up with a reason for the extension, such as; a second referendum on the WA, or a general election, there’s little point in granting an extension.

These political developments will overshadow any economic calendar events relating to the U.K. and currency pairs such as GBP/USD, GBP/CHF and EUR/GBP, are likely to experience increasing focus and intense speculation, as the various votes are taken and the market impact assessed. However, there are several U.K. calendar events scheduled for publication during the week, which could also move the markets for GBP, particularly if the forecasts miss or beat the Reuters forecast, by any distance.

Most notably, the latest GDP data for the U.K. will be published at 9:30am on Tuesday March 12th, together with a slew of other official data, published by the U.K. statistics agency the ONS on the day. The expectation is for a figure of 0.20% to be registered for GDP growth for Q4 2018, the monthly figure for January is also forecast to come in at 0.20%. Industrial, manufacturing, services and construction data for the U.K. is forecast by Reuters to remain locked in negative territory, year on year. Whilst the monthly figures for January are forecast to show modest positive growth, versus the previous month’s negative readings. The U.K. trade balance figure is forecast to reveal a larger deficit; -£3,500m for January.

The Eurozone data published during the week, which could impact on the value of the euro, begins with German data published Monday, to include the latest industrial production and trade balance, both figures are forecast to reveal modest improvements. On Thursday German inflation (CPI) is predicted to remain at 1.60%. On Friday, Eurozone CPI is forecast to come in at 0.30% monthly for February, rising to 1.50% YoY up to February. A release that could cause the euro to rise versus its peers, if traders consider the CPI rise bullish, in relation to the ECB’s latest forward guidance and policy statement, delivered last week.

Japan’s latest machine tools orders data will be published early in the morning on Tuesday March 12th, the last monthly reading for reported February YoY revealed an -18.8% fall, an improvement is excepted. Machine orders for January, both monthly and yearly, are predicted to fall. Overall, this series of machine orders and tooling data, could impact on the value of yen versus its peers, if analysts and FX traders doubt the strength of Japan’s recovery, whilst pondering what steps the BOJ may take, regarding their current, ultra loose, monetary policy.

Early Friday morning, in the first hour of the Asian trading session, the latest interest rate decision from the BOJ will be broadcast, the Reuters economists polled, are forecasting the rate to remain at -0.10%. Any accompanying monetary policy statement, or alteration to the BOJ current forward guidance, could see increased activity and speculation in yen.