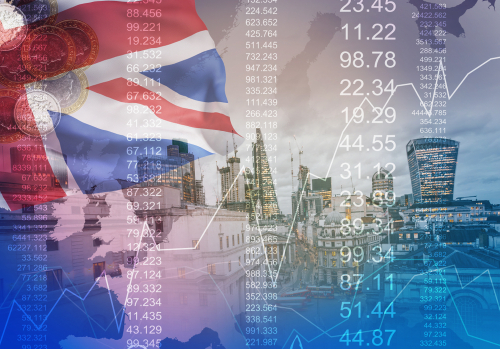 U.K. GDP growth data, combined with other high impact releases and the ongoing Brexit debacle, could cause sterling pairs to whipsaw during Tuesday’s London trading session

At 9:30am U.K. time on Tuesday March 12th, the official U.K. statistics agency, the ONS, will reveal the latest data regarding U.K. GDP growth. The forecast from the Reuters news agency, after they’ve polled their panel of leading economists, is for the monthly GDP figure for the final quarter of 2018 to come in at 0.2%, representing a fall from the 0.4% growth, registered in the previous quarter. The last monthly figure came in at -0.4%, the expectation is that the month on month GDP figure will show an improvement, by coming in at 0.2%, helping to bolster the overall annual YoY figure.

Not withstanding the GDP data published at 9:30am, at the same time during Tuesday morning, the ONS will also publish a raft of other detail regarding the latest U.K. economic performance. Most notably, we’ll receive the figures for: industrial production, manufacturing production and construction output. On a monthly and yearly basis, this series of production and output data is forecast to reveal an improvement, however, all three annualised readings are also predicted to remain mired in negative territory.

Despite the Brexit negotiations, both with the E.U. and in the U.K. parliament, continuing to create an environment of: instability, doubt and confusion, the main U.K. economic statistics have held up well to date, during late 2018 and the early part of 2019. But many analysts are expecting shocks as the March 29th Brexit deadline approaches. Therefore, it would come as no surprise if certain high impact calendar events, relating to the U.K. economy, suddenly printed results that missed the forecasts by some distance.

On Monday March 11th, at 12:49pm U.K. time, GBP/USD traded just above the 200 DMA, close to flat on the day, after whipsawing in a narrow range, oscillating between bearish and neutral trading conditions. This pattern of whipsawing behaviour, whilst oscillating between bearish and neutral sentiment, was replicated versus the majority of GBP pairs during Monday’s London-European session, illustrating how sensitive GBP pairs currently are to any Brexit news, whether fact or rumours.

On Monday rumours began to develop that what’s termed the “meaningful vote” may be pushed back, which could impact on the value of GBP throughout the coming trading sessions, on Monday and Tuesday. On Tuesday evening after a lengthy debate, the U.K. House of Commons and Parliament is due to hold this critical meaningful vote, on how the U.K. exits.

FX traders, who specialise in trading sterling pairs, not only need to remain hyper vigilant to any breaking Brexit news, but need to ensure they’re constantly on message if there is a slew of U.K. economic calendar data to be revealed, which may coincide with Brexit news.