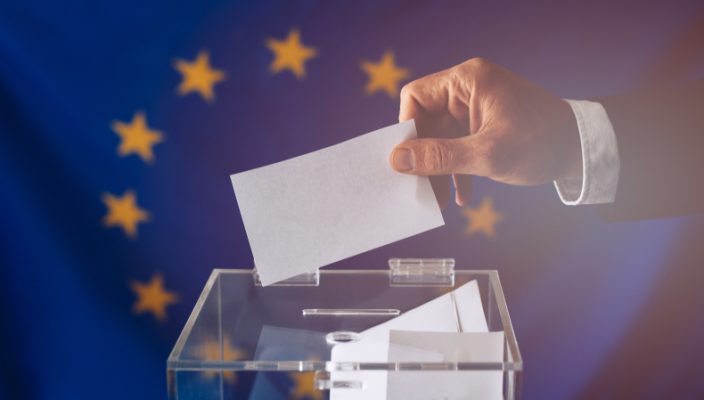 Despite various polls and mainstream media sources, predicting massive gains for extreme right wing parties in the European elections, the social democrats, liberals and conservatives, held their ground. The populist movements recorded scant gains, as voter turnout across the continent rose to 51%. The European Parliament will remain under the control of pro European parties. In the U.K. the voter turnout was circa 36%, with approximately 32% of the vote won by the newly formed Brexit Party, who swamped up the detritus of the collapsed UKIP party. The euro was largely unaffected by the results; at 9:00am U.K. time EUR/USD traded at 1.119, down 0.05%, giving up the marginal gains registered during the Asian session, whilst trading close to the daily pivot point. EUR/GBP traded down -0.15%, EUR/CHF traded up 0.22%.

Sterling made gains versus certain peers during the early sessions, the value of the U.K. pound rose marginally as FX markets bid up the pound on the basis that a form of certainty had been provided by the European elections, in which the Brexit Party won the largest vote share, despite the result having no bearing electorally on the Brexit negotiations between the U.K. government and the European council. The resignation of Theresa May and the glimmer of hope the Tories might select a leader who can deliver a soft Brexit, as opposed to no deal, has also buoyed the value of sterling over recent sessions. At 9:15am U.K. time GPB/USD traded at 1.271, up 0.05%, GBP recorded early session gains versus JPY and CHF, owing more to the respective currencies weakness, as opposed to general GBP strength.

Due to the U.K. and USA public holidays, forex trading will be thinner than usual on Monday, there are no high impact economic calendar events scheduled for release during the day. At 9:30am USD/JPY traded up 0.22%, close to the first level of resistance, R1. However, despite the morning session gains, at 109.53 the major pair is trading close to the four month low, printed in early January, which could be an indication that institutional level traders are still parked in yen, as a safe haven play, awaiting progress regarding the China-USA trade tensions and tariff effects. Another favoured safe haven investment, gold, held its ground in the early sessions, trading up 0.20%, at $1,291 per ounce, marking a significant recovery from the yearly low recorded in early May. WTI fell during the morning sessions, trading at $58.22 per barrel, down -0.22%.

The main Eurozone equity indices traded higher during the European session as the European elections ensured that close on 70% of those elected are pro European parties; Germany’s DAX up 0.43% and France’s CAC up 0.45% as the stability of the results improved Eurozone optimism. Futures markets, for Tuesday’s equity markets’ opening, indicate a positive start in the U.K. and USA. FX analysts and traders may begin to look towards Tuesday’s key economic calendar events to make their decisions; the latest U.K. Nationwide house price index, Swiss GDP and Germany’s latest GfK consumer confidence reading, will be the highest ranking releases during the London-European session on the day.

Thereafter, for USA markets, house price data courtesy of Case Shiller and the Conference Board confidence reading, form the basis of the key data most likely to move the values of USD and U.S. equity markets during the New York session. House prices are forecast to fall to 2.55% gains year on year in the twenty key USA cities, whilst the May consumer confidence reading is forecast to come in at 130.0, according to the Reuters forecast.

« The latest GDP figures for the U.S.A. will be published during the week, Canada’s GDP is also revealed as is the Bank of Canada’s interest rate decision. U.S. dollar trades up in thin trading conditions, euro trades mostly flat after populists fail to make significant gains in the European elections. »