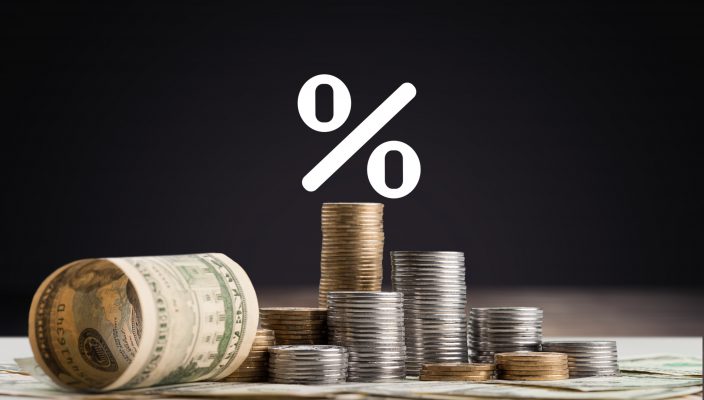 After experiencing several sessions of losses, USD registered marginal gains versus several peers, during the Asian and early part of the London-European sessions. At 7:45am U.K. time the DXY traded up 0.06%, rising further above the 97.00 handle at 97.53. USD/JPY traded up 0.12%, oscillating close to the daily pivot point, displaying a daily, price action bias, to the upside. USD/CHF displayed similar price action, trading above the daily P.P., up 0.07% at 1.019. FX analysts, traders and investors will begin to focus their attention on the FOMC interest rate announcement, due for broadcast at 19:00pm U.K. time, on Wednesday April 1st.

Half an hour after this evening’s announcement, the Fed chief, Jerome Powell, will hold a press conference, during which he’ll outline the committee’s justification for any decision. Whilst the widely held consensus is for a hold of the rates, with the upper bound rate remaining at 2.5%, it’s the Fed chief’s narrative that traditionally moves markets, if and when rates are held. Analysts and traders will carefully monitor the content of any monetary policy statement from Mr. Powell, to gauge if there’s any change to the current dovish stance.

The FOMC have recently changed their outlook, which previously involved a hawkish determination to “normalise” rates during 2019, to circa 3.5%. Rate rises have subsequently been ruled out in 2019, whilst further stimulus measures were also mentioned in previous statements. As high impact calendar events, both the FOMC decision and subsequent Fed chief conference, need to be carefully observed by any USD traders and traders, who prefer to trade calendar events.

Before the interest rate announcement is broadcast, the latest ISM readings for the USA will be published at 15:00pm U.K. time; Reuters forecast the manufacturing reading for April to fall marginally to 55.0, with the employment metric coming in close to the 57.5 reading registered in March. The latest Markit PMI for the USA is forecast to remain unchanged at 52.4 for April. Construction spending is forecast to have fallen to 0.1% in March, from 1% growth in February.

WTI oil traders should note the latest weekly DOE energy inventory numbers published this afternoon, based on the price of oil coming under pressure in international markets, due to the Venezuelan crisis and the threat of sanctions by the Trump administration on Iran’s clients. WTI traded down -1.66% at $63.13 per barrel at 8:45am, whilst futures markets for USA equity indices were indicating a positive open for the New York session. The NASDAQ was up 0.71%, as the after market value of Apple rose sharply, despite (part of) its earnings report missing the forecasts.

New Zealand’s kiwi dollar fell sharply in the early stages of the Sydney trading session on Tuesday evening, as a mixed series of data including; employment, unemployment, labour costs and wage rises was printed. Unemployment fell marginally to 4.2%, but overall QoQ employment fell, as did the participation rate and wage rises. Consequently, NZD fell sharply versus several peers. At 8:30am U.K. time, NZD/USD traded down -0.35%.

The latest U.K. house price data from the Nationwide, revealed that prices in the U.K. are rising, but at a slower rate than previously. According to the lender prices rose by 0.4% in April and 0.9% annually. The collation of data doesn’t exclusively involve sold prices, therefore the data could be regarded as suspect. In other U.K. related business news; insolvencies have reached five year highs, a major retailer, the Arcadia group, is under debt stress, whilst a respected accountancy firm is suggesting that circa 500,000 U.K. businesses are close to going bust, the worst scenario since the depths of the Great Recession.

The U.K. FTSE 100 traded up 0.29% in early trading, whilst sterling registered marginal gains versus the majority of its peers, during the early sessions. GBP/USD rose sharply on Tuesday April 30th by circa 0.85%, partly due to USD weakness, but also as a consequence of reports emerging that U.K. Parliament could agree a withdrawal deal consensus, as early as next week.

FX traders could be witnessing the birth of new swing trends in sterling, alternatively, price could be reacting to rumours. It must be noted that despite rising above the 1.300 handle, GBP/USD price is trading close to the 200 DMA and is down circa -2.00% monthly. At 9:00am U.K. time, GPB/USD traded at 1.305, up 0.19%, trading between the daily pivot point and the first level of resistance. At 9:30am a slew of data relating to the U.K. economy was published, most notably various consumer credit figures, which revealed a recent lack of appetite for credit. The latest Markit PMI for manufacturing was also delivered. Although ranking below the services PMI in terms of impact, U.K. manufacturing has been closely watched for any evidence that the sector has been affected by Brexit; the metric came in at 53.1 for April, falling from 55.1.

« Sterling spikes versus all its major peers, as rumours circulate that the U.K. parliament could reach a Brexit compromise, euro gains as promising economic data is published. Will the Bank of England alter its monetary policy stance, as it announces its latest interest rate decision? »