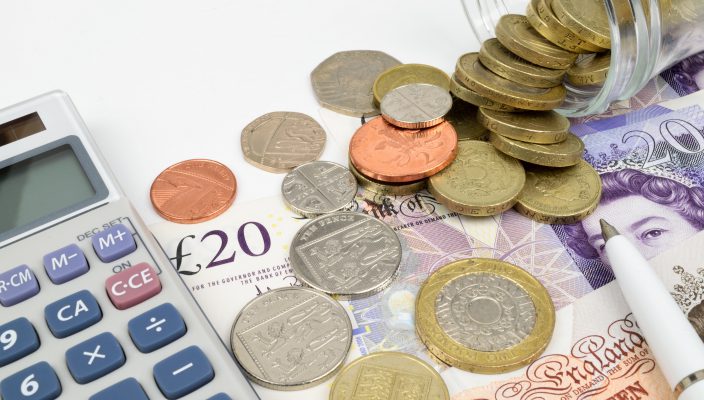 Sterling spikes versus all its major peers, as rumours circulate that the U.K. parliament could reach a Brexit compromise, euro gains as promising economic data is published.

May 1 • Forex Trading Articles, Morning Roll Call • 2307 Views • Comments Off on Sterling spikes versus all its major peers, as rumours circulate that the U.K. parliament could reach a Brexit compromise, euro gains as promising economic data is published.

During the Easter holiday and the two week recess for U.K. parliament, the volume of sterling trading dropped significantly. As MPs trudged back to Westminster last week, currency pairs such as GBP/USD continued to trade in narrow ranges, as the lack of progress with regards to Brexit, gave no reason for large traders to alter their positions. For the first trading sessions since before the recess, Tuesday April 30th, saw significant swings, to the upside, for GBP pairs.

At 18:30pm U.K. time GBP/USD traded up 0.81%, breaking up through the 1.300 handle to reach 1.304, printing a daily high of 1.305 a price not seen since April 18th, whilst the bullish price action saw price breaching the third level of resistance, R3. The daily rise should be kept in context; at the end of March/start of April, as the U.K. faced (and then avoided) the original Brexit date, GBP/USD was trading at circa 1.320, the currency pair is currently trading down circa -2.06% monthly.

The rise in sterling must also be rationalised with the fall in the value of USD across the board. Moreover, this spike witnessed on Tuesday, experienced by the majority of GBP pairs, has been based on little positive information or facts, being generated by the two parties involved in the Brexit process. The political details only amount to the Tories announcing they want to hold another withdrawal agreement vote next week, as they desperately look for methods to avoid engaging in the June European elections.

The euro also experienced positive gains versus the majority of its peers, during Tuesday’s trading sessions. A slew of Eurozone data was published in the London-European session, which either met, or beat forecasts. The beats weren’t necessarily by significant margins, but they appeared to underpin a return of positive sentiment for the trading bloc and the single currency. GDP readings for: France, Spain, Italy and the wider E.Z. came in marginally ahead of forecasts, whilst unemployment fell in Germany and the E.Z. Germany’s import prices fell, which could suggest German manufacturers will enjoy a boost, further down the assembly line. Germany’s inflation grew to 2% YoY, according to the latest data from Destatis, another positive indicating the recent economic stagnation had been broken. At 22:00pm U.K. time, EUR/USD traded at 1.121 up 0.27%, as the bullish price action witnessed R2 breached. The euro also registered gains versus: AUD, NZD and CHF on the day, but lost ground versus CAD.

Canada’s economy registered a significant drop in GDP growth, when the data was published on Tuesday afternoon the readings came in at -0.1% for February and 1.1% YoY, up to February. The YoY figure missed the target of 1.4% and fell from January’s figure of 1.6%. USD/CAD immediately plunged as the news broke, once again highlighting how critical it is for FX traders to carefully monitor economic calendar for high impact events and ensure they’re fully prepared for any data releases. By 22:20pm, price had breached S3, registering a fall of -0.48%.

From the USA the latest pending home sales data beat the forecast, as did the Case Shiller composite reading for the 20 leading USA cities. Whilst the latest, highly respected, Conference Board consumer confidence reading, beat the forecast, coming in at 129.2 in April. USA equity market indices continued to orbit close to the recently recorded record highs, the SPX closed up 0.10% and the NASDAQ up 0.15%. The dollar index closed the day out down circa -0.35%, at 97.51.

One of the contributory factors for the fall of the USD over recent sessions, has been the looming FOMC announcement, regarding the U.S. key interest rates. The latest decision is scheduled to be broadcast at 19:00pm U.K. time on Wednesday May 1st, with Jerome Powell, the Fed chair, holding a press conference half an hour later. The widely held consensus is for a hold of the rates with the upper bound rate remaining at 2.5%. Naturally, attention will quickly turn to Jerome Powell’s narrative, for any clues in terms of forward guidance, of changes in the current dovish monetary policy.