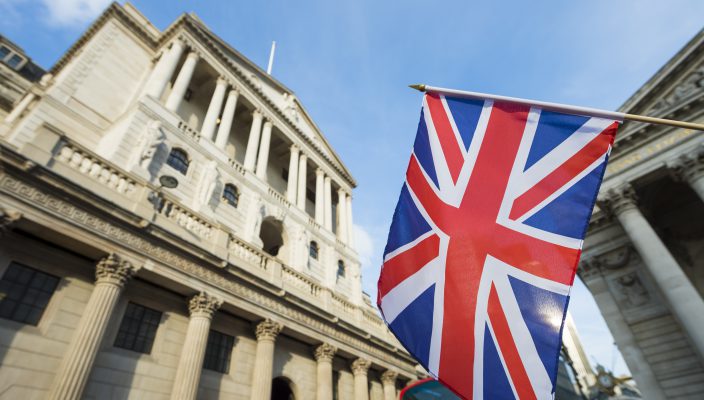 Will the Bank of England alter its monetary policy stance, as it announces its latest interest rate decision?

May 1 • Forex Trading Articles, Market Commentaries • 1500 Views • Comments Off on Will the Bank of England alter its monetary policy stance, as it announces its latest interest rate decision?

On Thursday May 2nd, at 12:00pm U.K. time, the MPC, Monetary Policy Committee of the U.K. central bank, the Bank of England, will announce its decision regarding the U.K. economy’s base interest rate. The rate is currently 0.75%, it’s risen twice since the BoE lowered the rate to a record low of 0.25% in June 2016, in an effort to cope with any potential fallout, from the leave referendum result.

The Bank of England’s Monetary Policy Committee voted unanimously to hold the base rate at 0.75% during its March policy meeting, whilst reaffirming its pledge to gradual and limited rate rises over the medium term period, despite the persistent concerns over Brexit. Policymakers mentioned the continual softening in global GDP growth and general trade growth, as reasons to justify a hold. CPI inflation, currently at 1.9% annually, is expected by the BoE to remain close to the 2% target, over the coming months.

The general, widely held consensus, derived after news agencies such as Bloomberg and Reuters have polled their respective panel of economists, is for no change in the current base rate of 0.75%. At the same time the rate decision is announced, the latest inflation report will also be published.

However, it’s the narrative contained in the press conference the BoE Governor Mark Carney holds at 12:30pm, that could cause sterling to react. FX analysts, traders and overall investors will carefully monitor the content, to note if there’s any clues in relation to a change in monetary policy. With inflation near to its target, unemployment figures low, GDP growth stabilising and the ultimate Brexit date being pushed back; to as far as October 31st 2019, the BoE appears to have little ammunition in its locker, to justify any change to its current, dovish, “wait and see” policy approach.

Sterling has risen appreciably versus many of its peers, over recent sessions, Party due to peers’ weakness, as opposed to GBP strength. But the rise has also occurred as a consequence of reports circulating from Westminster, that both leading political parties are close to agreeing text and terms of a withdrawal deal. However, GBP/USD is (as of Wednesday morning) still trading down monthly, down circa 200 pips from its April high and approx. 400 pips down from its 2019 high.

Despite the overwhelming opinion that the base rate will be held, and the likelihood that Mark Carney will deliver a non committal, unchanged policy narrative, these calendar events are listed as high impact for a reason. Interest rate announcements by central banks and any accompanying statements, always have the potential to move the markets in their respective currencies. Therefore, GBP traders, or traders who specialise in trading economic calendar events, perhaps by utilising scalping strategies, should ensure they remain vigilant to these releases, in order to be ready to take advantage of any possible opportunities.