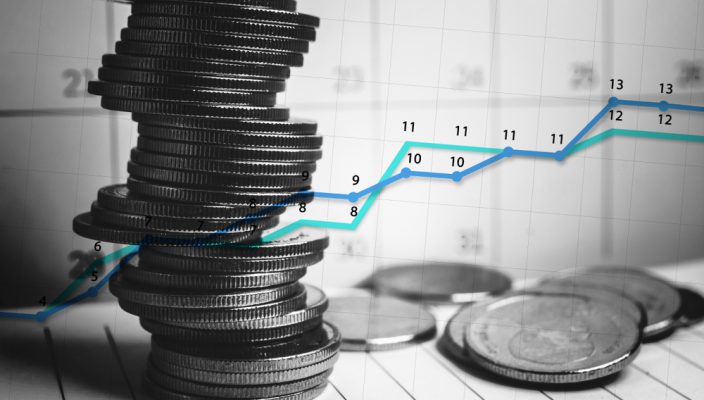 Monday begins with the latest U.K. Rightmove asking house prices, published just after midnight. This data, ranking as medium impact, can have a significant effect on overall U.K. consumer and investor sentiment, for both the value of equity indices and sterling. The trickle down effect that; house buying, moving and speculation has on the U.K. economy, shouldn’t be underestimated. The service economy is the largest sector in the U.K., many of the circa five million U.K. self employed jobs rely on the trickle down effect: house moves, development or refurbishment creates, a trickle down that only tends to occur, in a bullish market. U.K. house prices fell YoY by -0.8% up to March and rose by 0.4% in the month. The expectation is for a rise, due to the spring bounce in activity. Investors and speculators might observe the latest Rightmove monthly house price metrics and make decisions accordingly, once London-European markets open.

On Monday morning, during the Asian session, the latest Chinese: loan data, money supply and direct foreign investment figures will be published. Reuters forecast that new loans have risen significantly in March, as a consequence of the fiscal and monetary policy stimulus China’s central bank and government have put in place. Positive loans and increased money supply numbers, could cause a risk on tone to develop in the Asian session, that might set the pattern for the European and North American sessions. The latest dairy auction prices in New Zealand will be published. The amount of dairy product exported to China, is critical to the New Zealand economy, due to its export driven economy. Therefore FX traders might move the value of the kiwi dollar, depending on the auction prices achieved.

North American data releases mainly concerns the latest existing home sales data for Canada, the anticipation is for an improvement, versus the -9.1% fall recorded in February, when the release is broadcast at 14:00pm U.K. time. For the USA the latest Empire manufacturing index will be published at 13:30pm U.K. time, forecast to come in at 8.0 for April, this would be a marked improvement on the 3.7 in March.

Early on Tuesday morning at 2:30am U.K. time, during the Sydney-Asian trading session, the minutes concerning the recent RBA meeting will be published. The RBA officials in Australia’s central bank, will reveal why they kept the rate at 1.50%, for a record period of inactivity. The RBA notes could impact on the value of the Aussie dollar, dependent on how unified the RBA were in their decision making.

Once the London-European session opens, the latest U.K. employment and unemployment data will be revealed, at 9:30am U.K. time. The prediction is unemployment to show a slight rise to 4.0%. Jobs growth is predicted to come in at 173k, for the three months up to February, with wage earnings rising to 3.5%, on an annual basis. This data could impact on the value of sterling pairs, particularly GBP/USD.

At 14:15pm U.K. time, the latest March manufacturing and industrial production data for the USA economy is delivered, the expectation is for modest rises; industrial production rising to 0.3%, and manufacturing by 0.2%. Late evening, at 23:45pm as the Sydney session opens, the latest New Zealand CPI data is forecast to show a quarterly rise to 0.3%, with year on year inflation predicted to show a year on year fall to 1.7%, from 1.9%. The kiwi dollar, NZD, could react to the inflation figure, if FX analysts and traders deduce that the RBNZ monetary policy may alter.

A slew of Chinese data is published on Wednesday at 3:00am U.K. time. The key high impact releases are GDP and industrial production. GDP is forecast to fall to 6.3% from 6.4%, the Q1 2019 reading is expected in at 1.4%, falling from 1.5% for Q4 2018. This data could impact on the value of USD/CNY; indicating what damage the China-USA tariff/trade war has had on the Chinese economy. Industrial production for China is forecast to have risen to 5.6% annually (year to date) up to March.

Wednesday morning at 9:30am U.K. time a raft of U.K. data from the official statistics agency, ONS, will be broadcast. The most prominent and likely to move the market, includes the CPI metrics up to March. Annual inflation is predicted to rise to 2.0% from 1.9%, with monthly inflation forecast to come in at 0.2%, falling from 0.5% in February. Sterling could react to the data, if FX traders believe the readings are more likely to encourage the Bank of England to alter the key interest rate of 0.75%, earlier than previously intimated.

At 10:00am U.K. time, the latest CPI reading for the Eurozone will be published, Reuters are forecasting the annual rate falling to 1.4% up to March, from 1.5% in February. A reading which could impact on the value of the euro, if FX analysts and traders alter their prediction, in relation to the ECB’s monetary policy management. Canada will also publish CPI figures at 13:30pm U.K. time, the annual rate predicted at 1.5% annually YoY, speculation in the Loonie (CAD) could increase, as the reading is published. At the same time, the latest USA trade balance for the month of February will be released, the Reuters forecast is for a deficit of -$53.6b, from -$51.1b in January.

Thursday’s trading sessions begin with a significant amount of data published by the Australian authorities, at 2:30am U.K. time, the latest employment and unemployment readings are the most prominent. The unemployment rate is forecast to rise to 5.0%, with employment increasing by 15k in March, figures which could cause movements in the value of the Aussie dollar.

Once European markets fully open, attention turns to the latest series of Markit PMIs for the Eurozone. France’s, Germany’s and the Eurozone’s: manufacturing, services and composite PMIs will be broadcast, from 8:15am to 9:00am U.K. time. Any misses or beats of the forecasts, could alter equity indices and the value of EUR, versus its peers. At 9:30am U.K. time the latest retail sales figures for the U.K. will be delivered, expected to show a fall in March to -0.4%. The catch all Brexit excuse will be immediately used, as opposed to the alternative view; U.K. consumers might be reaching their limits, in terms of credit and spending power.

Thursday afternoon is an extremely busy session for USA economic calendar data, from 13:30pm to 15:00pm U.K. time; several PMIs are released, advanced retail sales, jobless claims, business inventories and the Philadelphia Fed business index. The cumulate effect of this data could see an alteration in the value of USA equity markets and the value of USD versus its main peers, depending on how the data is received by: FX analysts, equity investors and speculators. Thursday evening-Friday morning, sees focus turn to Japan, as the latest yearly CPI figures are published. Reuters forecast a monthly rise to 0.5%, from 0.3% in March (year on year).

The key economic calendar releases on Friday involves housing starts and permits for the USA, for the month of March. Reuters anticipate starts to have increased by 5.9%, from an -8.7% drop in February. Permits are expected to have risen by 0.7% in March, from a -1.6% fall in February. Both metrics could indicate housing activity, one of the underpinning foundations of the USA economy, regaining confidence as a sector, after sentiment slumped early in the first quarter of 2019.

« Chinese exports and China’s trade balance make a significant recovery year on year in March, EUR/USD rises to a three week high. Yen falls to a 2019 low versus USD, during the Asian trading session, long term speculators increase net long positions in USD, to levels not seen since 2015. »