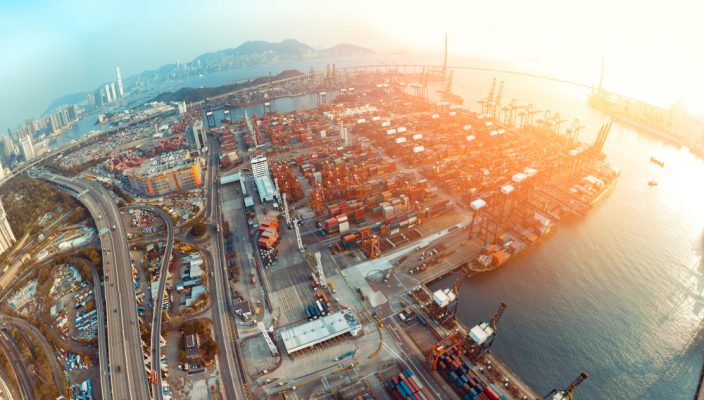 The latest Chinese export and import figures were published late in the Asian trading session, just before the London-European session prepared to open. Exports out of China have risen by 14.2% year on year up to March, beating the Reuters expectation of 6.5%, whilst marking a significant recovery, above the -20.8% reading recorded in February. The boost the export recovery had on China’s trade balance was notable; the March balance came in at $32.64b, versus the $5.7b in February.

FX analysts and traders will be considering what impact the USA tariffs had during the past three quarters and if China has rapidly adjusted to the imposition; the USA appears unable to function without China’s imports, whilst falling USA imports into China appear to be largely irrelevant. The impact on the value of yuan and the main Chinese equity indices, after the import-export data was published, was negligible; USD/CNY traded close to flat at 6.724, whilst the Shanghai Composite closed down -0.03% and the CSI down -0.27%. The CSI has risen by circa 33% in 2019 year to date, therefore, the opportunity for profit taking will be at the front of investors’ minds, on a continual basis.

The subject of Brexit is likely to fall off the radar over the coming weeks, as the U.K. parliament is due to begin a recess and the ultimate exit date has been pushed back to October 31st. No doubt the subject will become a key driver of the value of U.K. equity indices and the performance of sterling versus its peers, when the first option date for the U.K. to exit on June 30th, is reached. But for now, the speculation in the U.K. pound is likely to reduce, as evidenced by exchanges reporting a considerable fall in sterling trading volatility on Thursday. At 9:20am U.K. time GBP/USD traded in a tight range, oscillating close to the daily pivot point, close to flat at 1.306. Price has traded in a tight range, close to the 1.300 handle during April, as the Brexit deadline of April 12th approached.

EUR/GBP rose by 0.24% in the morning session, at 0.864 the cross currency pair’s price action was bullish and is trading at a height not seen since March 27th, as price breached R1 and threatened to breach R2. EUR/USD also rose sharply during the Asian and early part of the London-European morning session, breaching R2 to reach a three week high of 1.131. Reuters stated that the rise in euro across the board, was due to a large order of euros placed by a Japanese bank. Dealers reported that speculators bought the euro in response to Mitsubishi UFJ Financial Group’s planned purchase of the aviation financing business, from Germany’s DZ Bank.

Investors in USA equity markets will focus on the latest gig economy firm to register its IPO details. The ride hailing app, technology firm Uber, will have a valuation of circa $100b when it floats. Despite losing ten billion since its inception, having debts of twenty billion, losing market share and reporting (in its IPO documentation) that it’s unlikely to turn a profit during the next ten years. The eventual floatation of Uber, will come after another ride hailing app floated recently; Lyft shares rose to 88.60 on debut, before crashing to circa 60.00. Gig economy and bank app floatations are likely to become highly popular on Wall Street over the coming months and years, as will floatations involving marijuana.

The registration of Uber could deliver a lift in sentiment and confidence for USA equity markets, at 9:40am U.K. time, the futures markets for USA indices were indicating a positive open for the New York session; DJIA future up 0.41%, with the SPX and NASDAQ up 0.28%. At 9:40am U.K. time the U.S. dollar index, DXY, traded down -0.30%, falling below the critical handle of 97.00, to 96.91. USD/JPY traded up 0.26%, as the bullish price action caused price to breach R1, but stop short of breaching the 112.00 handle. The rise was more due to yen weakness as opposed to USD strength, JPY sold off versus the majority of its peers, during the Asian and early London-European session.

Friday is a relatively quiet day for high impact calendar events and releases, during the afternoon session the highly respected and latest university of Michigan consumer confidence survey will be published, at 15:00pm U.K. time. The Reuters forecast is for a marginal fall; to 98.3, from 98.4. Prior to this release, which does have the power to move the value in USA equities and the value of USD, if the reading misses or beats the prediction, the latest import and export prices for the USA economy will be published. Import prices for March are likely to have increased, whilst export prices are expected to show a fall. Added to the latest production prices increasing by the most since October 2018 and unemployment claims reaching a low not seen for fifty years, an argument could begin to develop that the FOMC/Fed could relook at the dovish monetary policy they’ve adopted over recent months.