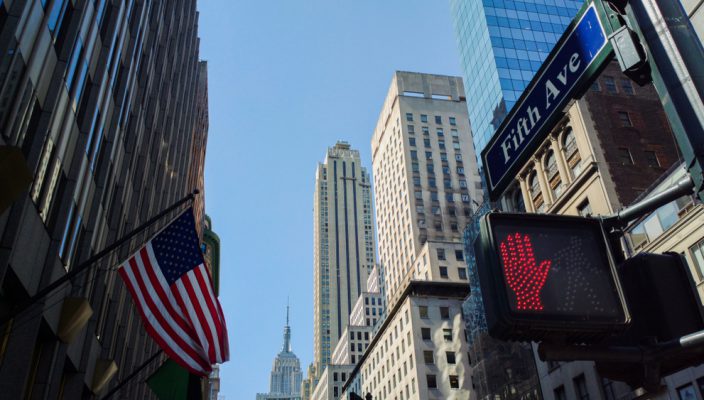 The USA statistics agency, the BLS, reported a weekly unemployment claims number so low on Thursday afternoon, that statisticians had to refer back to 1969 to find such a comparable small reading. Only 196k Americans filed an unemployment claim during the preceding week, whilst continuous claims also fell moderately. Cynics were quick to point out that the 1969 figures were not calculated in the same method as 2019’s, moreover, the ability for those currently out of work to be qualified to actually claim unemployment benefits in the USA, has also changed dramatically over the decades. However, the methodology hasn’t altered over recent years, therefore, on a comparative year on year basis, the fall bodes well for the Trump administration’s ambition; to achieve what’s regarded as “full employment”.

The unemployment claims data was released just before the IMF and World Bank met for their spring meeting, after the IMF had recently downgraded global growth figures, including a severe projected GDP growth cut for the USA and Europe. Although the IMF chief Christine Lagarde did suggest growth should pick up in 2020, investors should be mindful of the IMF’s continually over optimistic projections, even after they’ve downgraded the targets. WTI oil gave back some of the significant gains racked up over recent sessions, falling by -1.39%, to $63.71 per barrel. XAU/USD (gold) sold off sharply during the New York session, giving up position close to the $1,300 per ounce handle, falling by -1.47% to 1,295, from the daily high of 1,313, as price crashed through the third level of support, S3. USA equity indices sold off marginally during the New York trading session, by 20:15pm U.K. time, the SPX traded down -0.15% and the NASDAQ down -0.27%

Investors in the USA, may have been concerned that; when questioned regarding the progress of the China-USA trade talks, Larry Kudlow, who’s part of the Trump negotiating team, stated there’d been no definitive progress. A position reaffirmed by treasury secretary Steven Mnuchin, who said America and China haven’t resolved their trade war issues yet, despite the intense, fresh talks, held last week. The dollar index, DXY, had risen by 0.27% at 20:30pm, reclaiming position above the 97.00 handle at 97.16, as the greenback experienced gains versus the majority of its peers, particularly versus: JPY, NZD and AUD. USD/JPY traded up 0.58%, as bullish price action, particularly when observed using Heikin Ashi bars on the 1hr time frame, saw the major pair breach R3, to trade at 111.64, whilst also breaching the 200 DMA sited at 111.4. USD/CAD breached R2, up 0.40% at 1.337.

During Thursday’s sessions, GBP/USD oscillated in a tight range, between the daily pivot point and the first level of support, as FX analysts and traders attempted to deduce the direction of travel for sterling, based on the peculiar Brexit extension the U.K. was offered by the E.U. council on Wednesday evening, during their emergency summit. Theresa May got her wish; for a short extension until June 30th, if she manages to get a withdrawal deal through Parliament by then. The official, longer term, extension date, is set for October 31st. With a maximum six month extension, the pressure for Parliament to agree a Brexit is now off, as is the momentum for any second referendum, or potential anarchy in Tory government ranks.

As the London-European session opens on Friday morning, investors and traders will be in receipt of the latest data from China, published during the Asian trading session. Reuters are predicting that exports and imports data from China will reveal a significant improvement, year on year, up to March. If the forecasts are met, indicating that the globe’s second largest manufacturer could be recovering, then Chinese equity markets could rise, due to risk on sentiment rising. In turn, such a rise could set the tone for Europe and American equity markets, during the remaining sessions on Friday.

« If you’re planning to quit retail FX trading, you might want to read this article before you finally give up. Chinese exports and China’s trade balance make a significant recovery year on year in March, EUR/USD rises to a three week high. »