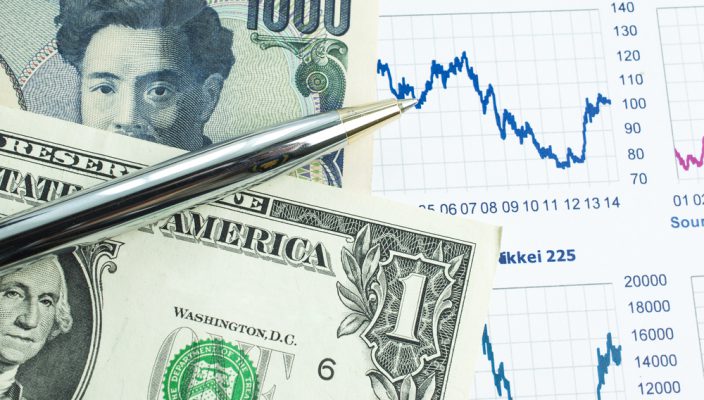 Yen falls to a 2019 low versus USD, during the Asian trading session, long term speculators increase net long positions in USD, to levels not seen since 2015.

Apr 15 • Forex Trading Articles, Market Commentaries • 1764 Views • Comments Off on Yen falls to a 2019 low versus USD, during the Asian trading session, long term speculators increase net long positions in USD, to levels not seen since 2015.

A combination of the Spring meeting between the IMF and World Bank, the benign FOMC minutes, a potential breakthrough in the China-USA trade talks and various economic calendar data, suggesting the USA economy is on course to match earlier bullish forecasts, might have caused a risk on environment to develop in equity markets over recent sessions. Certain USA indices are close to reaching their 52 week and record highs; the SPX breached 2,900 on Friday, posting a 2019 high at 2,910, whilst recovering the losses incurred in the final two quarters of 2018. The index is up circa 16% year to date.

The tech index, the NASDAQ, has followed a similar pattern; up circa 20% in 2019 and buoyed by the approach of several IPO debut floatations, a rush of positive sentiment appears to be returning to USA investment opportunities. That investment sentiment was encouraged by President Trump, who recently advised the Fed to lower the base rate, in order to “unleash a boom” in equity markets. At 9:00am U.K. time, on Monday April 15th, futures prices for USA equity markets were indicating a flat open for New York. The U.S. dollar traded down versus several of its peers; EUR/USD up 0.13% and GBP/USD up 0.15%. Versus JPY and CHF the greenback traded close to flat.

During the Asian session USD/JPY reached a 2019 high, breaching the 112.0 handle, before giving back the marginal gains, to trade close to the daily pivot point. USD/CHF  traded in a tight range, close to the daily P.P. with no discernible directional bias. The parity pricing of USD/CHF priced at 1.001 during the London session, provides a barrier from which FX speculators can be unwilling to detach from.

Both yen and the U.S. dollar are regarded as safe haven currencies, therefore they’re likely to fall versus their peers, once a risk on/bull market takes hold. Curiously, according to the latest COT report (commitment of traders) published on Friday, long term speculators have taken their most bullish position in USD since December 2015. This could be a prediction that position traders are confident the FOMC will have the ammunition and justification, to raise interest rates in 2019, rather than searching out USD as a safe haven from trading tumult.

FX analysts and traders, who’ve become tired of Brexit as a subject over recent months, might enjoy a short respite, due to the U.K. MPs having their Easter recess, coming shortly after the exit date of April 12th was allowed to slide by the E.U. council. The U.K. now has two other dates to exit; June 30th or October 31st, or anytime in between or before, if a withdrawal agreement can be agreed by the U.K. Parliament. Sterling has offered up some tremendous trading opportunities during the recent Brexit maelstrom; scalpers and day traders will have witnessed currency pairs, such as GPB/USD, oscillating in wide ranges and highly defined short term trends, as the political drama unfolded, day after day.

Focus will now turn to realpolitik issues, as the governing Tory party is completely divided and the government attempt to use the opposition Labour Party as what’s termed “useful political idiots” and a shield, to in effect share the blame and get a withdrawal deal over the line, through cross party consensus. Therefore, despite the short holiday/recess, the pressure is on for MPs to find a route out of the situation which, if impossible, could lead to: a change in prime minister, a referendum on any agreement, or indeed a general election.

Sterling FX traders would be advised to maintain their concentration on GBP pairs, as despite the respite, fundamentals can still move the value of the U.K. pound. Rightmove, the leading online sales portal for U.K. property sales, reported that prices had risen by 1.1% in April, as the famed and habitual spring bounce occurred; U.K. sellers trying to sell their houses from Easter onwards is a well known phenomenon. However, asking prices are not selling prices and according to official ONS statistics, U.K. house prices are down significantly year on year, with selling times also rising. The rising prices data, was used by many financial journalists in the content of Brexit, as narrative quickly developed on Monday that; despite Brexit consumers were feeling bullish. The trickle down and trickle up optimism, that rising house prices causes in the U.K. can’t be underestimated, as in an economy with 80% dependence on consumers spending, it keeps shop tills ringing and many of the self employed active.

Monday is a relatively quiet day for economic calendar news and events, European and Eurozone news is scarce, whilst North American news mainly focuses on the latest Canadian home sales news and the USA Empire manufacturing index. At 13:30pm U.K. time the latest April Empire index is predicted to reveal a rise to 8.0 from 3.7, a bullish Reuters forecast which if met could impact positively on the value of USD. At 14:00pm Canada’s dollar might come under focus, as existing house sales in March, are forecast to recover from the -9.1% collapse, registered in February.