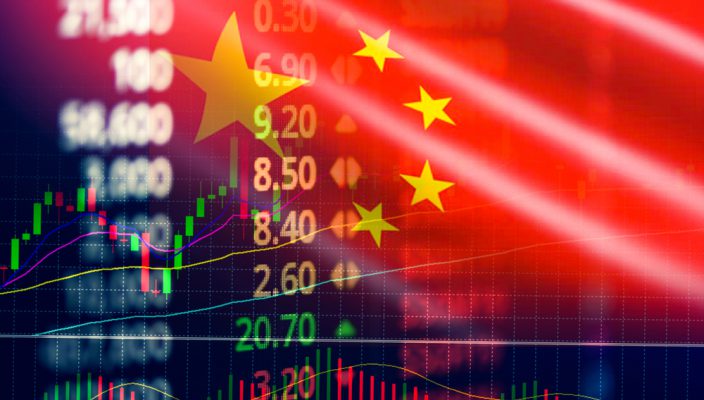 The Shanghai Composite and CSI indices closed up during Wednesday’s trading sessions, coming after the China-USA trade war and tariff rhetoric from America, was dialled down during Tuesday’s trading sessions. The Shanghai closed up 1.91% and the CSI up 2.25% as a consequence of the relief rally, despite certain trade metics for China missing forecasts. Retail sales growth fell to a sixteen year low, industrial production missed the prediction, whilst investment also fell sharply. At 8:30am U.K. time, USD/CNY traded close to flat at 6.900, up 2.98% monthly.

Analysts and traders will still remain on high alert with regards to the China-USA tensions, based on recent equity indices and currency movements. At 9:00am futures prices for U.S. equity markets were indicating a marginal fall at the open, for Wednesday’s New York trading session. The dollar index, DXY, traded down -0.10%, maintaining position above the 97.00 handle at 97.47. USD/JPY traded in a tight range with no directional bias, close to the daily pivot point, down -0.06% at 109.52.

The next scheduled talks between the USA and China are set for early June, when the G20 summit talks take place. But despite the calming of the current tense situation, the Aussie dollar, closely linked to China’s commercial fortunes, fell versus several of its main peers, during the Sydney-Asian trading session. Consumer confidence in Australia fell in May as did wages, in the first quarter of 2019. At 8:45am on Wednesday May 15th, AUD/USD traded down -30%, printing a three month low of 0.691, as the bearish, daily price action, caused price to fall to the second level of support, S2. The Kiwi dollar also endured a similar sell off, relating to China trade fears.

Germany’s statistics agency published the latest GDP figures, both quarterly and monthly, on Wednesday morning. For the first quarter of 2019 the reading came in at 0.4%, with the YoY figure coming in at 0.6%, falling from 0.9%. The quarterly growth reading will encourage analysts and investors to have confidence that Germany’s economy has arrested its recent secular slump, blamed on a significant fall in Asian trade in Q3-Q4 2018, due to the China-USA tariff issues. The latest E.Z. figures for GDP growth revealed a fall in quarterly growth, as Q1 2019 came in at 0.3%, with annual growth coming in at 1.3%, ahead of the 1.2% Reuters forecast.

The euro experienced mixed fortunes versus several of its main peers, shortly after the German GDP data was released at 7:00am U.K. time, before the London-European FX session opened. At 9:00am EUR/USD traded up 0.11% at 1.121, trading in a tight range, oscillating between the daily pivot point and the first level of resistance. EUR/CHF traded down -0.16%, whilst EUR/GBP traded close to flat. Versus NZD and AUD the euro rose sharply, owing more to the weakness in the Kiwi and Aussie dollars across the board versus their peers, as opposed to euro strength.

The Eurozone’s main equity indices traded down during the early stages of the London-European trading session; at 9:20am U.K. time Germany’s DAX traded down -0.46% and France’s CAC down -0.54%. The main U.K. index, the FTSE 100 traded down -0.13%. Sterling recorded gains versus AUD and NZD, whilst registering a fall versus CHF. GBP/USD traded in a narrow range, up 0.08%, oscillating below the daily pivot point, threatening to reclaim the 1.300 handle, whilst trading circa 50 pips below the 200 DMA, sited at 1.295. Naturally, the returning issue of Brexit, as prime minister May desperately attempts to get a withdrawal agreement voted through Parliament before the summer recess, will cause the U.K. pound to experience intense speculation over the coming weeks.

The key economic calendar events on Wednesday afternoon, relating to the USA economy, begins with the publication of the latest advanced retail sales figures at 13:30pm U.K. time. The forecast is for a fall from 1.6% in March to 0.6% in April, with the various retail metrics predicted to reveal falls across the board. The latest industrial and manufacturing data for the USA will be broadcast; Reuters anticipate the figures to remain relatively unchanged from the March figures.

The DOE publishes its weekly energy reserves data on Wednesday, figures that could impact on the price of WTI oil, which at 9:30am traded down -0.91% at $61.22 per barrel. Gold maintained position close to its recent high, close to the $1,300 an ounce handle, at $1298.

Canada’s economy and consequently the value of the Canadian dollar, will come under scrutiny during the early stage of the New York session, as the latest CPI metrics are published at 13:30pm. The forecast is for a rise in the key inflation reading to 2.0% annually. Existing home sales data for Canada is forecast to reveal a sharp uptick; the prediction is for a rise to 1.8% in April, from 0.9% in March.