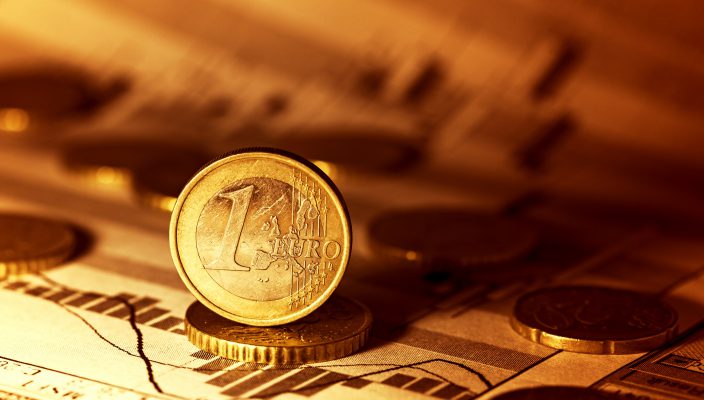 Despite unemployment in the U.K. falling to multi decade lows of 3.9%, as revealed by the figures released by the ONS on Tuesday May 14th, the lack of actual employment growth in the U.K. is of concern to analysts, as it may indicate several issues. Many analysts will simply ignore and move past the standard unemployment figures, based on the ability of governments to game the data; as they fix the agenda and parameters through the ILO, to decide what “being unemployed and employed” actually represents. Moreover, the U.K. might have reached peak employment, whilst many political and financial commentators, question the quality of the jobs being created in the U.K. over recent years.

Wage growth has also appeared to reach a peak, falling back to 3.2% annually up to March. Naturally, Brexit concerns are constantly used as an excuse, when any data for the U.K. misses targets, whereas the unemployment/employment data may simply have reached a plateau, in this economic cycle. However, a hard, no deal Brexit, could have a significant impact on both employment prospects and wage growth in Britain.

The subject of Brexit once again dominated political and economic discussion on and in the U.K. on Tuesday, as Mrs May is rumoured to favour another vote on the withdrawal agreement, to take place between June 4th-7th. News also circulated that the talks between both main political parties are effectively dead, as May refuses to countenance a permanent customs union arrangement.

Sterling slipped in value versus several of its peers during Tuesday’s trading sessions, at 19:30pm U.K. time, GBP/USD traded at 1.291, down -0.33%, oscillating close to the first level of support, whilst breaching the 200 DMA (sited at 1.295) to the downside. GBP experienced similar price action behaviour versus: CHF, CAD, AUD and NZD.

Sterling’s losses were also partly attributable to the correlated rise in the value of the FTSE 100, which contains mainly USA corporates. The main European equity market indices enjoyed a form of relief rally during Monday’s sessions, as news emerged that the Trump administration may try to broker a deal with China, by way of a side meeting, at the June G20 summit. The FTSE 100 closed up 1.09%, DAX up 0.97% and CAC up 1.50%.

The euro came under pressure as the Italian prime minister Salvini stated he’d be prepared to break Eurozone covenants regarding debt and budget deficits, in order to bolster employment in Italy, particularly in the depressed southern regions. Various ZEW readings for both Germany and the E.Z. painted a mixed picture of confusing sentiment; the current situation is considered bullish, however, the expectation metric has slipped into negative territory, based on the prospect of Trump’s trade war with China, eventually impacting on the demand for European goods.

E.Z. firms are also concerned that Trump will turn his focus and ire towards the single currency trading bloc, as he pursues his crusade for cheaper goods for USA consumers and to shrink USA trade balance deficits. At 20:00pm U.K. time EUR/USD traded down -0.13%, after initially trading in a narrow breakeven range, then falling to the first level of support, as New York prepared to open.

During Tuesday’s afternoon session, U.S. equity markets recovered a significant proportion of the losses sustained on Monday. Markets rose as a consequence of news from the Trump administration, regarding the potential G20 meetings with the Chinese premier Li Keqiang and President Xi Jinping. At 20:20pm U.K. time the SPX traded up 1.21% and the NASDAQ up 1.47%. Many of the FAANG stocks on the NASDAQ recovered, whilst recently floated Uber regained a proportion of its circa -16% loss since its debut on Friday May 10th, by trading up 3.60% on Tuesday.

The U.S. dollar recovered some of the ground previously lost on Monday, the dollar index, DXY, traded up 0.21% on Tuesday evening, retaining position above the 97.00 handle at 97.53. Yen lost its safe haven appeal during the day’s sessions, as a risk on mood returned to both the investment and trading community. At 20:45pm U.K. time USD/JPY traded at 109.67, up 0.33%, in a tight range close to the first level of resistance R1. The major pair has slumped through the 100 DMA over recent sessions, whilst giving up the position of 110.0, regarded as a key, psyche, handle/round number.

Wednesday’s economic calendar highlights for the E.Z. region concerns the latest GDP metrics for both Germany and the wider E.Z. Reuters forecast that Germany’s GDP growth will come in at 0.7% annually, whilst growth in the E.Z. will come in at 1.2%. In a busy session for North American data, Canada’s CPI is forecast to reveal a figure of 2.0%, whilst Canadian existing home sales are estimated to have bounced back to solid growth of 1.8% in April. USA advanced retail sales are predicted in at 0.2% for April, a significant fall from 1.6% printed for March. Industrial and manufacturing production in the USA during April is forecast to remain relatively unchanged.