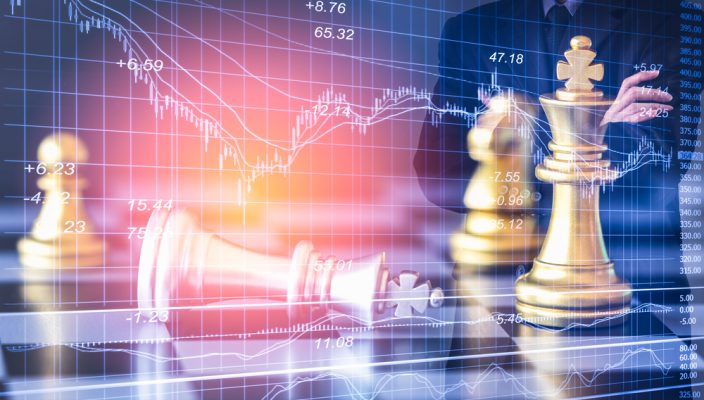 Peruse many of the most popular trading forums and in the sections listed as “trading strategies”, you’ll see thousands of posts, by individual members, who are convinced they’ve discovered a trading edge. Which they’re convinced they can repeatedly use; session after session, day after day, to extract profit from the FX markets. The natural conclusion many traders will reach, is that the vast majority of these methods/strategies can’t be consistently profitable. If they were, then the FX market would be drained of liquidity so quickly, that it would cease to exist.

Within the plethora of strategies listed, some are so bewilderingly complicated that they’re impossible to interpret, or utilise in a practical manner. You’ll see combinations of: technical indicators, moving averages, various levels, with many of the standard settings adjusted to present highly customised readings. Many traders become so engrossed in this exercise that they lose sight of their simple objective; you should be looking for a method that allows you to track price, which perhaps gives you a reasonable possibility of predicting; “what happens next?”

That phrase; “what happens next?” is one of the most critically overlooked concepts in relation to trading. And when you break trading down to its basic element, that’s your primary task; attempting to discover a reliable method, that has an enhanced probability of indicating what will appear, in that empty space, on the right hand size of your charts.

This challenge will not be assisted by applying indicator after indicator, until your charts light up like a firework display, during a July 4th celebration. In fact, you’re far more likely to become confused and derailed in your search for a reliable trading strategy, if your charts are over complicated and cluttered with irrelevant indicators, that mostly indicate price has simply been on the move and not where it’s headed. Which is a phenomenon you can identity by the use of a simple line graph, indicating the most basic form of price action.

There is one indisputable fact in relation to trading, which novice traders would be advised to keep reminding themselves of; no one has ever discovered or developed, a 100% bullet proof method and trading strategy, that will always predict what happens next. Whether it’s legendary analysts and mathematicians back in the 70’s, such as Welles Wilder and Chuck Le Beau, or modern day quant analysts. The major successful HFT trading firms such as: Virtu, Jump and Renaissance Technologies, haven’t cracked some mysterious code to enable them to harvest profit at will, they rely on: lighting fast speed to get to market, extremely close location to markets and their micro profits amassing and compounding, in order to generate their stellar returns.

They also understand, both as firm and the quants they employ, that risk and probability are the cornerstones of all trading strategies. They don’t know what’ll happen next, but based on historical precedents and the prevailing conditions, they can take an educated prediction regarding what might occur. They’re also obsessed over risk and exposure; when you’re running billions worth of investors’ funds, you don’t risk 1% on an individual trade, you’re far more likely to only risk 0.0001% and you’ll have daily limit losses and circuit breakers in place, to preserve capital. Retail traders should make careful note of these issues regarding probability and risk, irrespective of what level you trade at, they’re as relevant to the individual retail trader, as they are to the institutional quant. It’s your attention to the details of risk and probability which will determine your success, far more than any other factors, such as method and strategy.

Building your simple strategy needn’t be a complex process, and once you’ve established your preferred style of trading, the exercise can be broken down into approximately 4-5 simple parts and decisions. Let’s surmise you’re a day trader, therefore, the time frame (TF) from which you’ll make your primary decision making, is likely to be the 1hr or less, or a combination of several lower TFs. You then decide on which method of price you’ll use on your charts to define price action, perhaps you’ll choose standard candlesticks, or Heikin Ashi.

Then you might consider placing the daily pivot points on your chart, which can indicate whether the daily price action is bullish, or bearish. If price is above R1 it’s generally considered bullish, if it’s below S1 it’s considered bearish. If price is close to the daily pivot point it’s considered to be trading in a tight range. Then you might consider applying one indicator, maybe an oscillator or momentum indicator such as the MACD and finally you decide where to place your stop and take price limit order, subject to the risk per trade you’ve committed to.

That’s it. Such a process is: calm, measured and precise, it relies on many of the key tools the most successful and institutional level traders would use and is light years away from some of the over complicated methods, you might read and see examples of, on various forums. Here’s a quick illustration, indicating the build up of the tools applied onto the 1hr time frame, during the complete trading process.

« Mario Draghi’s speech, the latest U.K. CPI readings and the FOMC meeting minutes, are high impact events likely to move the value of EUR, GBP and USD. Sterling whipsaws in a wide range versus peers, as a new Brexit deal is offered by prime minister May to Parliament, U.S. equity indices rise as trade war fears recede. »