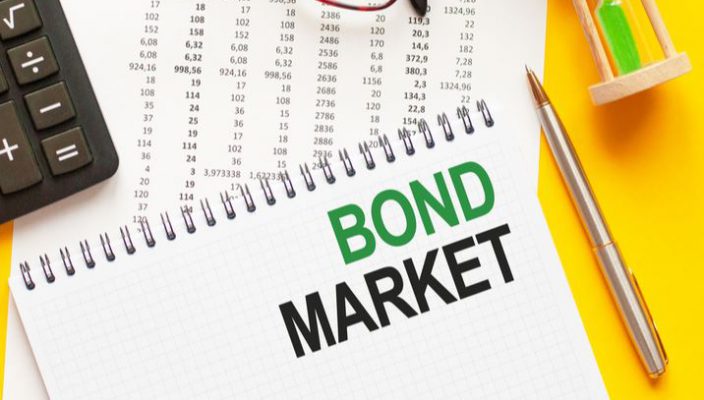 Bond Markets in red: What to expect?

Global bond markets have plummeted to their lowest levels since at least 1990, as investors expect central banks to quickly raise interest rates in the face of the highest inflation in decades.

What is going on?

After hiking interest rates for the first time since 2018, Federal Reserve Chair Jay Powell signaled on Monday that the US central bank is willing to act more forcefully if required to keep price surges in check.

Following Fed Chair Powell’s hawkish remarks on Monday, St Louis Fed President Bullard underlined his preference for the FOMC to act “aggressively” to keep inflation in check, saying the FOMC could not wait for geopolitical issues to be handled.

The US 2-year note yield, which is highly vulnerable to low-interest-rate predictions, hit a three-year high of 2.2 percent this week, up from 0.73 % at the year’s opening. The yield on the two-year Treasury is on track to jump the most in a quarter since 1984.

Longer-term rates have also risen, although more slowly, owing to rising inflation expectations, eroding the appeal of owning securities that provide a predictable source of income for the foreseeable future.

On Wednesday, the 10-year yield in the United States reached 2.42 %, its highest level since May 2019. Bonds in Europe have followed, and even government bonds in Japan, where inflation is low, and the central bank is expected to defy the hawkish global approach, have lost ground this year.

BoE and ECB join the race

Markets now forecast at least seven more rate hikes in the United States this year. In addition, the Bank of England hiked interest rates for the third time this month, and short-term borrowing costs are likely to rise above 2% by the end of 2022.

At its most recent meeting, the European Central Bank announced a faster-than-expected wind-down of its bond-buying program. Its hawkish message comes as policymakers focus on record inflation, even though the Eurozone has been hurt harder by the war in Ukraine than many other global economies.

What does it mean for the stock market?

Interest rate hikes are now emerging from ultra-low levels, and the US stock market seems to be comfortable with the current market pricing of seven rate hikes before the end of the year, bringing the Fed Funds rate to just over 2%.

Despite the fact that equities have recovered most of their losses since Russia’s invasion of Ukraine, prominent indices such as the S&P 500 have continued to fall this year.

With economic growth becoming shakier, the Fed’s rate hikes are likely limited. In addition to an energy and commodities deficit, supply interruptions, and a war in Europe, the global economy is slowing as the Federal Reserve prepares to begin decreasing its balance sheet.

« Are retracements different than reversals? Are we heading for a recession? What to expect in the coming months? »