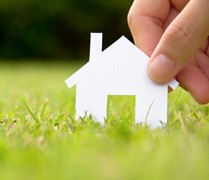 No matter how level headed we are as traders we all suffer from our confirmation biases. I have to admit that the news regarding the UK’s surge in construction and in particular house building took me by surprise. The UK construction PMI was released this morning, courtesy of Markit Economics and the print busted even the most bullish outlier of predictions from the economists polled by Bloomberg.

The anticipation was for a reading of 51.6, a modest rise from the 51 reading printed the month before and as readers are now no doubt aware a reading above 50, in a ‘diffusion index’, indicates growth versus contraction, the reading came in at a jaw dropping 57…

“July’s survey highlights a new wave of optimism across the UK construction sector, with companies reporting a pace of expansion in excess of anything seen over the past three years. The swing back to output growth broadened to include commercial and civil engineering activity during July, although housing construction remains the one thing crucial to the sector’s strong upturn at present.

“Construction firms saw the fastest improvement in new orders for over a year, which helped kick-start job creation and input buying growth during July. A switch to sharply rising purchasing activity may have caught some suppliers by surprise, as delivery times lengthened to the greatest degree in over seven years.

Now we’ll leave the investigative journalism to one side and embrace this positive number, but I do have a slight suspicion that this reading includes schemes that were previously moth-balled, now coming back on stream. However, to counter any cynicism I’ve learned of anecdotal evidence that the UK construction industry, having shed circa 750,000 jobs since the housing boom pre the crash of 2007/2008, is now actually experiencing difficulty in recruiting skilled workers.

In support of this construction news the Nationwide building society in the UK, still the largest owned by its members, printed its latest house price index…

House prices have risen at their fastest pace in three years in July as the property market continued to gain momentum, according to figures from the UK”s biggest building society. Nationwide’s latest snapshot showed a 0.8% rise in prices during the month, bringing the annual rate of increase to 3.9%. This was the biggest year-on-year increase since August 2010, and is markedly up on the 1.9% annual rate of inflation recorded by the society in June.

House prices up, construction going through a secular mini boom, manufacturing up, service industry up, UK beating its GDP target. What next, a dour Scottish bloke winning Wimbledon followed by England winning the ashes? The ashes is a cricket thing btw readers..