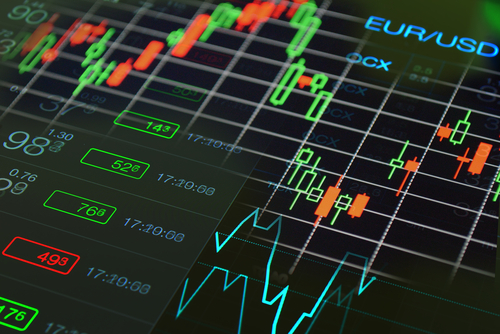 After plunging by over one percent versus several of its peers during Thursday’s trading sessions, due to certain Chinese ports locking out the delivery of Australia’s coal, the Aussie dollar appeared to have found a capped, sell off level, during the Sydney and Asian session. At 8:50am U.K. time, AUD/USD traded close to flat at 0.711. AUD failed to sell off further, due to comments from the Australian government, who sought to downplay the Chinese ports’ ban.

Analysts and FX traders who specialise in commodity currency speculation, will need to follow this ongoing development carefully, due to the Australian economy’s heavy reliance on the exports of iron ore and coal to China, and the ongoing trade gateway to Asia. New Zealand’s kiwi dollar experienced whipsawing price action during the Sydney-Asian, after the central bank, the RBNZ, announced it could consider lowering the country’s official cash rate the OCR, below the record low of 1.75%, in order to stimulate the economy.

Japan’s latest inflation data was published during the Sydney-Asian trading sessions, the Reuters forecast of 0.20% CPI annually was met, the calendar release had little impact on the value of yen, versus the majority of its currency peers. At 9:00am U.K. time USD/JPY traded at 110.7 up 0.08%. The Nikkei index closed up 0.18%, as the inflation figures failed to impact on investors’ sentiment.

The dollar index, the DXY, traded close to flat at 96.57, as the wide ranging soft data reported on Thursday 21st, appeared to have a benign impact on the value of the dollar. There are no significant calendar events listed for publication relevant for U.S. markets today, therefore analysts and traders may look towards any developments regarding the ongoing China-USA trade/tariff talks, for market direction of the greenback and the U.S. equity markets. At 9:15am U.K. time the futures markets for the major USA equity indices indicated positive gains when New York opens; SPX up 0.23% and NASDAQ up 0.34%.

WTI oil traded up during the morning session, at $57.08 up 0.21%. The commodity is up 2.65% weekly and 8.44% monthly, during a bullish period for commodities, as analysts begin to price in an increase in global trade, once the Chinese and their American counterparts at government level, agree a trade deal, preventing the implementation 25% tariffs on $200b of Chinese imports into the USA. The latest Baker-Hughes rig count is published during the mid part of the New York session at 6:00pm U.K. time, which can impact on the price of oil, when increases or decreases are reported.

Germany’s economy has avoided entering into a technical recession, after the latest Q4 2018 GDP growth figure came in at 0.00%, ensuring annual growth was maintained at 0.90%. Germany’s government increased its spending by 1.6% in the final quarter, whilst capital expenditure increased by 0.90% in the same period, both figures could indicate that the economy will renew a previous growth pattern by Q2 2019. The latest IFO readings for the German economy were also released during the early part of the London trading session, coming in below forecast at 98.5.

The DAX traded up 0.23% on the day, and is up 8.30% year to date. The latest Eurozone CPI figure came in as forecast, at 1.4% the level is significantly below the 2% target set by the ECB. The impact on the euro after the inflation data was broadcast was negligible, as the reading was published; EUR/USD traded close to flat at 1.133.

With approximately thirty weekdays left before the U.K. is scheduled to leave the E.U. the behaviour of sterling is likely to become increasingly: unpredictable, skittish and subject to spikes and whipsaws on a regular basis, as the saga continues. The latest suggestions to avoid catastrophe at this late stage, include the U.K. asking for the March 29th exit to be suspended for three months, or MPs agreeing to vote through the withdrawal agreement. But only on the basis that a second referendum takes place, with another binary choice for the U.K. voters; vote for the withdrawal agreement, or vote to remain. GPB/USD traded down 0.25%, close to S1, whilst still holding position close to the 1.300 handle, just above the 200 DMA at 1.299, key levels where many institutional level orders are clustered.

Reuters reported yesterday that, according to official Bank of England data, GBP/USD trading volume was down significantly over recent months. Dollar/pound remains the second most actively traded exchange currency pair in London after EUR/USD, but average daily turnover dropped to $324 billion in the six month period ending October 2018, versus $351 billion in the previous period which ended in April 2018, according to the latest available data from the Bank of England.

« Aussie dollar continues its plunge after Chinese port lockouts, sterling whipsaws in tight ranges as Brexit begins to get critical Resolutions to the issues of Brexit and the China-USA trade wars were anticipated this week, but investors’ hopes may be left hanging »