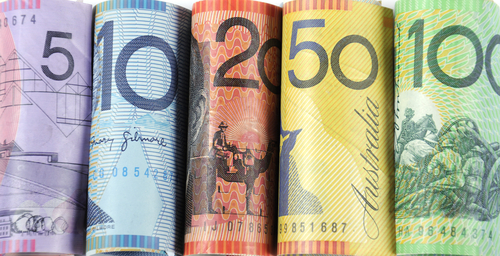 Aussie dollar continues its plunge after Chinese port lockouts, sterling whipsaws in tight ranges as Brexit begins to get critical

The Aussie dollar crashed in value versus its peers during the Sydney and Asian trading sessions, after certain Chinese port authorities began to refuse the entry of Australia’s coal into China. Other than iron ore, coal is Australia’s largest export product, mainly shipped to China and then throughout Asia. Both minerals have provided the foundations on which successive Aussie administrations, have built a robust and growing economy, over recent decades.

The fear investors have is that this ban signals a hardening in the relationship between both countries. If the value and volume of these exports falls considerably, the Aussie economy will be in a world of pain. Having arrested its slump in the early part of the London trading session, AUD/USD recommenced its fall during the later sessions, at 19:45pm the currency pair traded down 1.16% at 0.707. The Aussie’s largest fall on the day involved its value versus yen; AUD/JPY trading down 1.30%.

Sterling whipsawed in tight ranges, with a lack of directional bias, versus many of its currency peers, during Thursday’s sessions. GBP/USD traded down 0.11% at 1.303. Although maintaining position above the 1.300 handle, the major pair referred to as cable, oscillated around the daily pivot point, whilst threatening to breach R1 or S1 variously throughout the day, rendering the currency pair close on impossible, for day traders to profit. Despite the U.K. authorities revealing early on Thursday morning, that the U.K. public sector net borrowing had registered a massive improvement month on month, the data was not considered enough to counter the news from Brussels; that a no deal Brexit is now looking far more likely, according to reports in the financial media.

Mr. Barnier and Mr. Juncker and other E.U. negotiators, have met with representatives from both the Tory and Labour parties over recent days, with no progress made. Interestingly the words “removal of the backstop” appears to have been removed from the government’s narrative, as they arrive back in London with nothing achieved. EUR/GBP traded flat on the day at 0.869, after oscillating in a narrow range, initially falling through S1, to then recover as the day progressed.

The euro experienced mixed fortunes, rising significantly versus both Australasian currencies, NZD and AUD, as the commodity currencies reacted to the coal lock out at Chinese ports. But versus its other peers, the euro followed a similar skittish pattern to the U.K. pound, EUR/USD traded flat at 20:15pm U.K. time, at 1.133, whilst EUR/JPY traded down 0.18%. The leading European indices experienced mixed fortunes on Thursday; the U.K. FTSE 100 closed down 0.85%, DAX up 0.19% and the CAC closed out the day flat.

USA equity indices fell during Thursday’s New York session, as various data failed to encourage investors that the USA economy is on solid ground. Durable goods orders rose by only 1.2% in December, missing the expectations of a 1.7% rise. The Philadelphia Fed business outlook came in at -4.1, missing the Reuters forecast of 14. The weekly and ongoing unemployment claims beat forecasts. Existing home sales went negative in January at -1.2% and the leading index for the USA came in at -0.10%, missing the prediction of a 0.20% rise. After the durable goods data, investment bank J.P. Morgan, issued an analyst note suggesting that USA GDP will fall back to 1.5% yearly growth, once the 2019 Q1 figure is published.

The cumulative impact of this slew of data, combined with little in the way of positive news, regarding the ongoing trade talks between China and the USA, ensured that investors had little risk appetite to push indices higher. At 20:30pm the DJIA traded down 0.59%, SPX down 0.61% and the tech heavy index the NASDAQ, traded down 0.58%. The dollar index, DXY, traded up 0.18% at 96.62, indicating that the globe’s reserve currency experienced safe haven interest, during the day’s trading sessions. That safe haven appeal didn’t extend to gold during the day, as XAU/USD, after reaching a fresh 2019 high on Wednesday, a level not seen since April 2018, plunged by 1.37% on Thursday, closing out the day at circa $1,327 per ounce.

Friday’s economic calendar events of note involve a raft of Eurozone data. Germany’s GDP for Q4 2018 is forecast to come in at 0.00% growth, which would maintain yearly GDP growth at 0.9%. The latest CPI figures for the E.Z. will be published, the Reuters forecast is for the month on month figure up to January to fall to -1.10%, taking the year on year CPI rise down to 1.4%. Mid afternoon at 15:30pm U.K. time, Mario Draghi the ECB President will speak in Bologna Italy, an event that will be closely monitored if the inflation and growth data previously referred to for the E.Z. and Germany, either meets, or misses the forecasts.