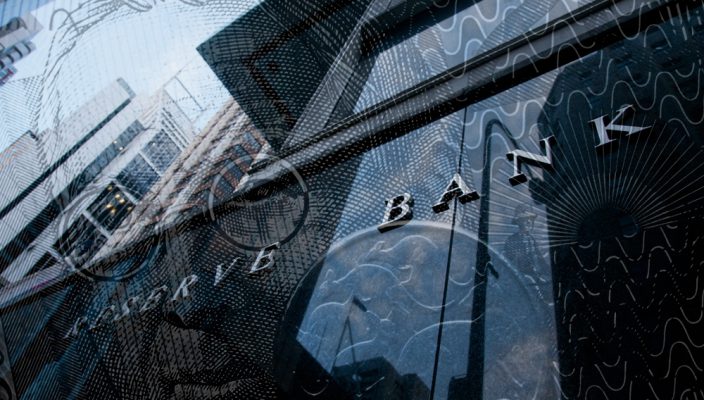 After experiencing a relief rally on Monday, based on the Australian general election resulting in no change of government, the Aussie dollar gave back its gains versus its peers, during the Sydney-Asian sessions, after RBA Governor Lowe suggested a rate cut (from the current record low of 1.50%) was likely to be announced, at the culmination of the June rate setting meeting. At 8:40am U.K. time AUD/USD traded down -0.46% at 0.687, as price slumped to the second level of support, S2. When viewed on the daily time frame, the bearish trend the currency pair has traded in since mid April, as FX analysts gauged a rate cut was likely based on previous RBA comments, is clearly illustrated. AUD had registered similar session losses versus the majority of its peers, shortly after the London-European session opened.

Sterling sold off sharply during the opening hours of the London-European session, due to the Brexit situation showing no signs of a consensus being reached and Tory internecine infighting reaching a new height. Prime minister May is headed for a fourth defeat, when she brings a (mostly unchanged) withdrawal agreement before Parliament in the first week of June. Meanwhile, various new factions are being created in the Tory party, most notably a gaggle of their MPs, who are determined to prevent the grassroots favourite Boris Johnson, from being involved in the leadership contest, that will take place in late June, early July. As a consequence of the chaos, investors are rapidly losing faith in the U.K. economy and consequently the value of the U.K. pound is under pressure, particularly if a no deal leader of the Tory party and de facto prime minister is installed. And a cursory analysis of all the front runners, reveals that the majority are all right wing, Brexit, fanatics.

A test of the current government’s mettle and ability to govern, rather than be obsessed with Brexit and a leadership battle, will come as British Steel is faced with collapse and the threat of up to 25,000 job losses. The threat of closure comes after the major U.K. steel factories were rescued from closure in 2018, by way of govt funding to a hedge fund, who bought the assets for a pound. At 8:50am U.K. time GBP/USD traded down -0.27% at 1.269, after crashing through S2, reaching a low not witnessed since January 5th 2019. Price is currently trading circa 300 pips short of the 200 DMA. Sterling fell versus its main peers, with the exception of the Aussie and Kiwi dollars.

The U.S. dollar rose during Tuesday morning’s sessions, USD experienced safe haven appeal as the Huawei situation created contagion concerns in several Asian equity markets, regarding the potential fallout of the China-USA trade war; Hong Kong’s Hang Seng closed down -0.50%, capping the 2019 YTD gains at 7.03%. USD also rose as Jerome Powell, the Fed chair, delivered a speech in Atlanta late Monday evening, in which he offered up no proof that the current Fed policy would change, over the short term.

At 9:15am U.K. time the dollar index, DXY, traded up 0.14% clawing back above the 98.00 handle at 98.07. USD/JPY climbed back above the 110.00 handle, trading up 0.06%, in a tight range, oscillating above the daily pivot point. Yen may come under increasing focus and intense speculation late Tuesday evening, as the latest: export, import, machine tool orders and overall trade balance data for Japan is published. Improvements are forecast in several of the aforementioned metrics, mostly notably exports and import increases, which should, in theory, point towards further GDP growth in Japan’s economy, during the second quarter of 2019.

USD/CHF traded up 0.16%, after breaching R1 the major pair gave back some gains, as price receded back to the daily P.P. level, shortly after the London-European open. EUR/USD traded down -0.20% at 1.114, breaching S1, threatening to breach S2, as price printed a low not witnessed since early May. WTI oil maintained its recent May high, above the $63.00 a barrel handle, as Iran and Venezuela threats combined with potential Saudi output cuts, impacts on the price of oil globally. Gold, XAU/USD, continued its recent slump as its safe haven appeal has faded; the precious metal traded down -0.21%, at $1,274 per ounce, representing a significant fall from the monthly highs of circa 1,303, printed during the previous trading week.

During the afternoon session, the key economic release relating to the USA economy, involves housing data. Reuters are predicting that existing home sales will reveal a significant improvement; rising by 2.7% in April, from a -4.9% fall in March. At 9:30am futures markets were indicating a positive open for U.S. equity market indices once the New York session commences; SPX up 0.30% and the NASDAQ up 0.43%.