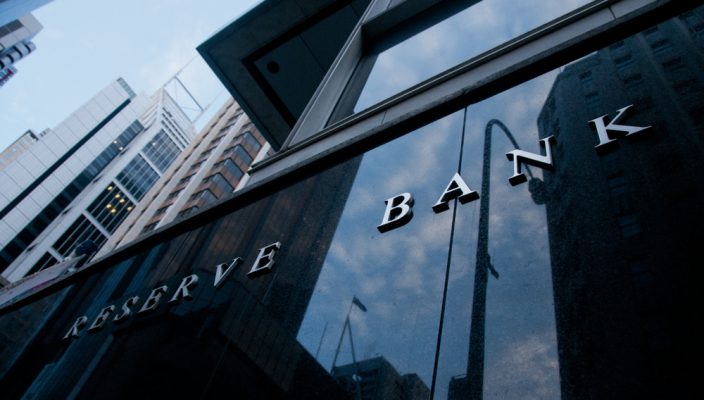 The Aussie dollar fell versus several of its peers during the Sydney-Aussie trading session, as the central bank of Australia, the RBA, revealed in its minutes that it was quite prepared to lower interest rates, below the current record low of 1.5%, in an attempt to stimulate growth by way of a loose monetary policy, if inflation continues to be low and unemployment shows signs of rising.

There was no unanimous consensus from the RBA for the potential shift towards a dovish monetary policy, nevertheless, FX analysts and traders quickly sold off AUD versus several peers and by 8:50am U.K. time AUD/USD traded down -0.33% at 0.714, as the bearish price action saw the major pair crash through the third level of support S3. AUD experienced similar percentage falls versus: JPY, EUR and CHF, although an hour after the London open, by 9:00am, the losses appeared to have been capped.

Other than the significant gains versus the Aussie dollar, the U.S. dollar initially traded relatively flat versus the majority of its other peers, as the dollar index, DXY, traded down 0.04% at 9:00am, below the 97.00 handle at 96.91. EUR/USD traded up 0.03%, USD/JPY down 0.08%, USD/CHF down -0.03%, as all three major currency peers had previously printed losses in the Asian session versus USD, before clawing back to reach close on flat positions on the day, shortly after the London open.

The U.S. dollar posted gains versus the U.K. pound, sterling weakness appeared as a consequence of the comments in the morning from the leading E.U. negotiators, regarding the Brexit impasse and deadlock, which failed to convince analysts and investors that a resolution will be discovered. Sterling was also impacted by the latest benign: unemployment, employment and wage data published by the official U.K. statistics agency the ONS, revealing no significant change.

Reports have suggested that the implied volatility of sterling trading has fallen to a sixteen month low, after the April 12th Brexit date passed without incident. At 9:35am U.K. time, shortly after the latest ONS data was published, GBP/USD traded down -0.03% at 1.311, in a tight range close to the daily pivot point (P.P.), recovering from a session low of 1.307, with the 200 DMA sited at 1.296. The tight, approximate 200 pip range, cable (GBP/USD) has traded in during April, can be clearly observed on the daily chart. EUR/GBP traded up 0.13%, at 0.863, as bullish price action initially developed during the London-European trading session, causing price to breach the first level of resistance, R1.

The latest ZEW sentiment readings for Germany and the Eurozone were published during the early part of the London-European trading session, the economic sentiment reading for the E.Z. came in at 4.5 for April, a marked improvement from the -2.5 registered in March, whilst the German survey expectations came in at 3.1 for April, beating the Reuters forecast of 0.8, marking a considerable recovery from the -3.6% recorded in March. At 10:15am, shortly after the German data was published, the DAX index traded up 0.73%, whilst France’s CAC traded up 0.20%.

However, the publication of the ZEW data caused an immediate reversal in the euro’s value versus its peers. EUR/USD crashed through the daily P.P. falling by -0.13% to spike/breach S2, as did EUR/JPY, falling by -0.17%. EUR/GBP gave up its earlier gains, to fall back to the daily P.P. FX analysts and traders may have translated the data as evidence that the ECB are less likely to increase the key interest rates, over the short to medium term.

During the New York trading session, at 14:15pm U.K. time on Tuesday, the latest: industrial, manufacturing and capacity utilisation data for the USA economy will be published, marginal improvements are expected, which could impact on the value of the main equity indices and the value of USD. Futures markets are indicating a positive open for the main USA equity markets once the New York session commences; SXP up 0.32% and NASDAQ up 0.40%. The risk on tone set by Chinese markets, as the Shanghai Composite closed up 2.39% and the CSI closed up 2.77%, could extend to USA markets, based on the rises in Asia occurring due to renewed optimism that the China-USA trade talks will lead to a breakthrough. That belief has caused the Chinese CSI index to rise by 35.71% in 2019, year to date.

FX traders who specialise in trading Australasian dollars, need to remain vigilant regarding the latest CPI inflation data published for the New Zealand economy on Tuesday evening, at 23:45pm U.K. time. The Reuters forecast is for a fall (year on year) in Q1 to 1.70% from 1.90%, with Q1 inflation coming in at 0.30%. Due to low liquidity levels during this time, as volatility increases, traders need to ensure they’re prepared to potentially take advantage of the opportunity. Early morning, on Wednesday at 00:50am, the latest Japanese export and import data will be published; exports are forecast to fall to -2.6% year on year up to March, a result which could impact on the value of yen.