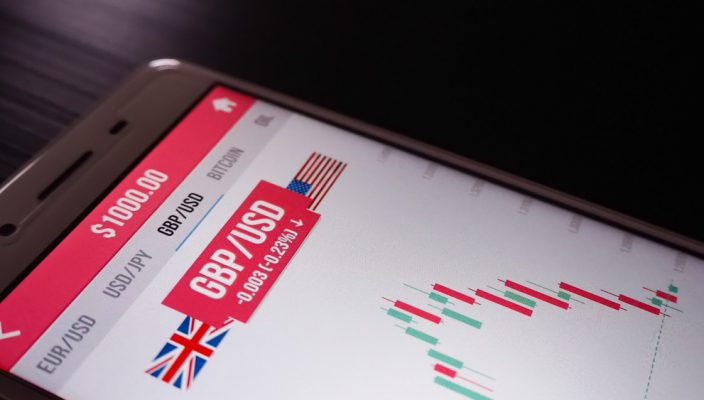 What’s termed “earnings season”, when major USA firms listed on public trading markets, report their latest set of trading figures, has begun in America. Analysts and investors pay close attention to the results and in particular to the figures filed by the banking sector. The belief is that if firms, such as; Goldman Sachs and Morgan Stanley are posting healthy figures, then all is good on Wall Street and by proxy, the wider USA economy is in robust health.

Goldman Sachs shocked the investor community by posting results that came short of expectations; revenue plunged by 20% during the last quarter, the first quarter of 2019. The stock fell by circa 3.70% on Monday and the firm was quick to blame the government shutdown and Brexit, rather than direct focus on the China-USA tariff/trade war, as this would point the finger at the Trump administration.

The China crisis is still some way from being fixed, according to the latest musings coming from USA treasury secretary Mnuchin. Which is code for how the administration is struggling to admit their tariff imposition was short term economic suicide for the USA, whilst Trump’s apparatchiks desperately search for a climbdown, which ensures the President doesn’t lose face in the global economic community.

USA equity indices sold off marginally after certain global equity markets had previously reached a six month high during the Asian session; the SPX and NASDAQ closed the New York session down approximately -0.14% on the day. At 20:30pm U.K. time on Monday April 15th, the dollar index remained below the 97:00 handle, trading at 96.95. The New York Empire manufacturing index came in ahead of forecast of 8, at 10.1 on Monday afternoon. However, despite the improvement, the index is still recovering from the two year low of 3.7 posted in March and some distance from the figures of circa 25 printed in: June, July and August of 2018.

USD/JPY traded at 111.9, just below the 112.0 handle, oscillating in a tight range above the daily pivot point (P.P.), a level breached during Monday morning’s Asian trading session, as the USD reached a four month high versus yen. USD/CHF traded close to parity at 1.004 up 0.20%, as the Swiss franc fell versus the majority of its peers, due to reports of deposit levels falling in Swiss banks, to 567b over the past week. European economic calendar news was mostly absent during Monday’s trading sessions, the CAC closed up 0.17% and the DAX up 0.13%, whilst EUR/USD traded up 0.04%, at 1.130, after trading in a tight range, close to the daily P.P. The euro posted gains versus: CAD, CHF and JPY, owing more to respective weakness of the peer currencies, as opposed to euro strength.

USD/CAD whipsawed in a wide range, oscillating between bearish and bullish price action, trading up 0.41% at 1.337, as Canadian dollar weakness was experienced, across the board versus all CAD peers. The latest existing house sales in Canada, registered an extremely weak recovery in March of 0.9%, after a significant slump in February of -9.1%, was part of the catalyst to create weakness in the commodity currency, allied to a fall in the price of WTI. Oil gave up its position above the $64.00 a barrel handle, trading down -0.67%, at 20:45pm.

According to data shared by Reuters, volatility in sterling trading has collapsed since the E.U. council issued an up to six month reprieve for the U.K. to exit the European Union. The U.K. had faced a no deal Brexit on April 12th, the key exit dates now are June 30th or October 31st, with the U.K. having the option to leave at any time in between, if its Parliament can agree a withdrawal deal consensus. The lack of sterling volatility and struggle for direction, was best illustrated by the major pair GPB/USD, whipsawing in a extremely tight range during Monday’s trading session. At 21:00pm, the pair referred to as “cable”, traded close to the 1.300 handle, just above the daily pivot point, at 1.309, up 0.14% on the day.

Tuesday’s main European economic calendar events and releases concerns the U.K.’s latest: unemployment, employment and wage data, set for publication at 9:30am U.K. time. There are no major changes from the previous month’s readings expected. In the Eurozone, the latest ZEW readings for Germany and the Eurozone will be released at 10:00am U.K. time. Analysts and FX traders will quickly focus on the April readings for Germany’s survey expectations and the E.Z. economic sentiment. Any significant improvement or miss of the forecasts, could impact on the value of the euro, versus its main peers. At 14:15pm U.K. time, the latest manufacturing and industrial production data for March will be broadcast for the USA economy, as will the latest capacity utilisation figure. Any miss or beat could impact on the value of USD and USA equity indices.