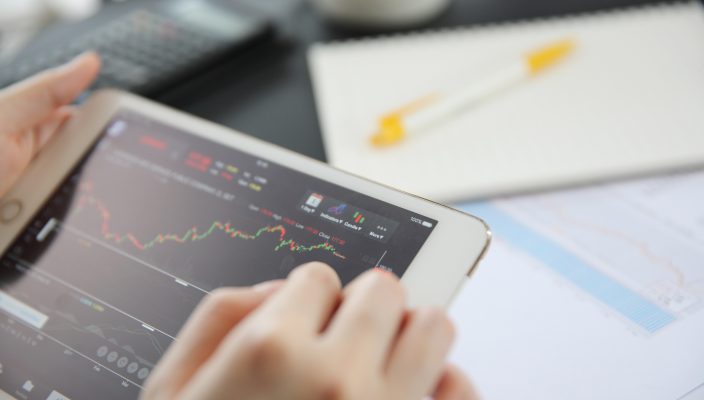 Japanese markets will be mostly shut during an extended ten day holiday period, to honour the ascension of a new emperor. Therefore, trading in yen may be reduced as liquidity and volatility recedes. FX traders who favour trading yen, should note this factor over the coming days. Several Asian markets made positive, bullish gains during the Sydney-Asian trading session on Monday, after China’s latest industrial profit figures beat forecasts. Profits in March rose 13.9% year-on-year to 589.52 billion yuan, the National Bureau of Statistics (NBS) reported. That reverses a -14% loss in the first two months of 2019, possibly revealing that economic conditions are improving dramatically, as the damage of the trade/tariff war threats from the USA, during the final two quarters of 2018, appear to have had little, medium term, impact.

The Shanghai Composite index closed down -0.77%, the CSI closed up 0.28%. Hong Kong’s Hang Seng closed up 0.92%, marking a 15.68% year to date 2019 rise. USD/CNY traded in a narrow range, oscillating around the daily pivot point and at 9:00am traded close to flat at 6.733, and also close to flat on a monthly basis. USD/JPY traded at 111.75, up 0.15%, in a tight range, with a bias to the upside, above the daily P.P., threatening to breach the first level of resistance, R1. After closing at record highs on Friday, attention will turn to USA equity markets on Monday, as several significant data releases are published.

At 13:30pm U.K. time, the personal income and spending figures for USA citizens will be announced, as will be the core PCE reading; forecast to remain at circa 1.7% YoY for March. These are readings which could impact on the value of USD, therefore, FX traders are advised to remain vigilant to the releases. Futures markets were indicating a positive open for New York equity indices this afternoon; DJIA up 0.13% and the NASDAQ up 0.14%.

Since breaching circa six month highs, as a consequence of tensions over Iran, WTI oil has fallen back sharply from the $66.00 per barrel handle printed last week; trading at $62.96, down -0.54% during Monday’s early sessions. The dollar index, DXY, slipped below the 98.00 handle to trade at 97.99, down circa -0.02%, in otherwise mixed morning sessions, for the majority of USD pairs.

The key, Eurozone, calendar news releases on Monday, mainly involved the latest soft data confidence and sentiment readings for the single currency trading bloc. The key reading, the consumer confidence reading for the Eurozone, came in as forecast by Reuters at -7.9 for April, falling from -7.2 recorded for March. At 10:15am, shortly after the releases, EUR/USD traded up 0.14% at 1.116, trading above the daily pivot point and close to the first level of resistance.

Sterling traded higher versus the majority of its peers during both the Asian session and early stage of the London-European session, based on very little news, other than rumours that the Tory government may be able to find common ground with the Labour Party, to agree text in the withdrawal agreement, satisfactory to both parties. The opposition Labour Party will also hold a meeting in its governing body, the NEC, to decide an agreed text and narrative, regarding any backing for a confirmatory public vote, on any withdrawal agreement eventually reached.

Mark Carney, the Bank of England Governor, helped underpin the value of sterling and U.K. equity markets in the London-European session, by delivering a confident speech in London, covering many aspects of the BoE monetary policy management, offering up confidence to investors that they’re (the central bank) in control of all Brexit related outcomes.

At 9:30am U.K. time GBP/USD threatened to retake the 1.300 handle, trading at 1.294 up 0.20% on the day, developing bullish price action, whilst threatening to breach the first level of resistance, R1 and trading just below the 200 DMA sited at 1.296. Sterling made significant gains, whilst displaying text book, daily, bullish price action, versus: CHF, JPY and CAD, rising by on average circa 0.20%, versus all three currencies.

« Central bank interest rate decisions and the latest NFP jobs number, are the outstanding high impact events during the week. GDP readings for the Eurozone and Canada could impact on both EUR and CAD, as the data is published on Tuesday. »