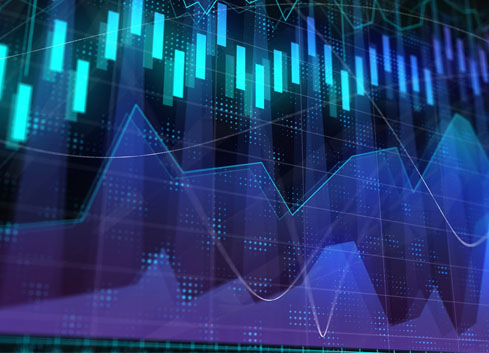 An Introduction to Wave Analysis

Wave analysis is based upon the Elliott Wave Principle which recognizes the underlying market psychology as the real driving force behind price movements. The Wave Principle is basically a graphical illustration of how the crowd vacillates from the extreme point of pessimism at the bottom of the chart to the extreme point of optimism at the top. It is a visualization of the transformation the majority of the investment crowd go through as their psychological orientation shift from bullish to bearish. And because the investment crowd doesn’t change much, the journey they take from one extreme point to the other and tends to be repeated and remains the same over and over, regardless of whether or not there are new news or other extraneous events that may impact the price.

Wave analysis is about deciphering the underlying sentiment of the investment crowd through the wave patterns that evolve as a result of their trading activities. It is about measuring when investor sentiment is starting to trend. To be able to utilize the full potential of wave analysis, though, you have to be familiar with the Elliot Wave Principle. The Elliott Wave Principle allows you to identify the correct wave patterns as they unfold allowing you to forecast the next wave that is more likely to be formed — this is the basis of wave analysis.

The Elliott Wave Theory simply tells us one thing – that is, the directional movement in prices happens in a series of five waves creating a five way pattern which forms a complete cycle or a trend.  This five wave pattern are recurring and can be seen occurring repeatedly. However, the pattern is only repetitive in form but not in time or magnitude of the price move. The five wave pattern according to the theory is made up of three impulse waves and two corrective waves. The impulse waves point in the direction of the trend while the corrective waves go against the main trend.

Let us take a closer look at the Elliot Wave chart pattern and decipher the story behind each unfolding wave as the market sentiment cycles from pessimism to optimism and back. The first impulse wave represents the initial excitement and thrill resulting from some positive fundamental or news that attracted buyers to get into the market thus pushing the price to a new intermediate high. The first corrective wave then ensues and it basically represents the anxiety that normally seizes the hearts of traders as prices tread uncharted territory making them take short term profits and trim their positions. The first corrective wave brings the price down the price to a level low enough to attract the investment crowd to come in once again with their longs. The second impulse wave therefore represents the growing optimism of the crowd – a sentiment which is now turning into euphoria which encourages more buyers to beef up their longs. The second corrective wave represents the influx of new shorts as the bears find the price level too attractive to pass on. The third and final wave represents extreme optimism bordering on greed that has engulfed the investment crowd who by now have established more thus pushing the price way up where it has never been before in a while.

This is the unfolding story behind every Wave Analysis. They become more meaningful to a trader if used in the context of the underlying market psychology of the investment crowd.