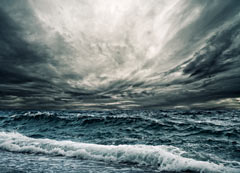 Elliot Wave Theory and the Madness of Crowds

Prechter remains the most widely known Elliott analyst. Robert Prechter is an author and co-author of 14 books, his book "Conquer the Crash" was a New York Times bestseller. He published his monthly financial commentary in the newsletter "The Elliott Wave Theorist" from 1979 and is the founder of Elliott Wave International. Prechter served on the board of the Market Technicians Association for nine years. In recent years Prechter has supported the study of socionomics, a theory about human social behaviour.

Ralph Elliott was a professional accountant, who discovered the underlying social principles and developed the analytical tools of what was later to be known as the Elliot Wave Principle in the 1930s. He proposed that market prices unfold in specific identifiable patterns, which practitioners today call Elliott waves, or simply "waves". Elliott published his theory of market behaviour in the book "The Wave Principle" in 1938 and covered it comprehensively in his major work, "Nature’s Laws: The Secret of the Universe" in 1946. Elliott stated that "because man is subject to rhythmical procedure, calculations having to do with his activities can be projected far into the future with a justification and certainty heretofore unattainable".

The Elliott Wave Principle is a detailed description and 'formula' of how groups of people think and as a consequence behave. EWP reveals that mass psychology causes swings from pessimism to optimism and back in a natural rhythmic sequence, thereby creating specific and measurable patterns. The Elliott Wave Principle can be clearly seen 'at work' in the financial markets, where changing investor psychology is recorded in the form of price movements. If you can identify the repeating price patterns and figure out where price is in those repeating patterns you can hopefully predict (with reasonable levels of probability) where price is headed next.

The EWP is, however, still fundamentally an exercise in probability. An Elliottician is someone who is able to identify the markets' structure and anticipate the most likely next move based on the position within those structures. By knowing the wave patterns, you’ll know what the markets are likely to do next and just as importantly what they will probably not do next. By using EWP it's possible to identify the highest probable moves with the least risk.

In Elliott's model market price alternates between an impulsive motive phase and a corrective phase on all time scales of the trend. Impulses are subdivided into a set of 5 lower-degree waves, alternating between the motive and corrective character, waves 1, 3, and 5 are impulses, and waves 2 and 4 are smaller retraces of waves 1 and 3. Corrective waves subdivide into 3 smaller waves starting with a five-wave counter-trend impulse, a retrace, and another impulse. In bear markets the dominant trend is downward, so the pattern is reversed, five waves down and three up. Motive waves always move with the trend, while corrective waves move against it.

THE WAVES
Five Wave Pattern; Dominant Trend
Wave 1:
Wave one can be difficult to identify at its inception. When the first wave of a new bull market begins fundamental news is generally negative. The previous trend can still be in force. Sentiment surveys are bearish. Volume might increase as price rises, but not by enough margin to alert technical analysts.

Wave 2:
Wave two corrects wave one, but never extends beyond the starting point of wave one. As price retests the previous low, bearish sentiment is building, positive signs appear for those who are looking. Volume should be lower during wave two than during wave one, prices usually do not retrace more than 61.8% of the Fibonacci of the wave one gains, price should fall in a three wave pattern.

Wave 3:
Wave three is generally the largest and most powerful wave in a trend. The news is now positive. Price rises quickly, any corrections are short-lived and shallow. As wave three starts news is probably still bearish, and most market players remain negative; but by wave three's midpoint, "the crowd" will often join the new bullish trend.

Wave 4:
Wave four is typically corrective. Price might move sideways for an extended period, and wave four typically retraces less than the 38.2% Fibonacci of wave three. Volume is below that of wave three. This can a good place to buy a pull back, fourth waves can often be frustrating because of their lack of progress in the larger trend.

Wave 5:
Wave five is the final leg in the direction of the dominant trend. The news is almost universally positive and everyone is bullish. This is when many traders finally buy in right before the top is reached. Volume is often lower in wave five than in wave three, and many momentum indicators can show divergences (price reaches a new high, but the indicators do not reach a new peak).

Three Wave Pattern; The Corrective Trend
Wave A:
Corrections are harder to identify than impulse moves. In wave A of a bear market, the news is still positive. Technical indicators that accompany wave A include increased volume.

Wave B:
Price reverses higher many see this as a resumption of the now gone bull market. Those familiar with classical technical analysis may see the peak as the right shoulder of a head and shoulders reversal pattern. The volume during wave B should be lower than in wave A. Fundamentals are probably no longer improving, most likely they have not yet turned negative.

Wave C:
Price moves impulsively lower in five waves. Volume picks up, and by the third leg of wave C a bear market is firmly entrenched. Wave C is at least as large as wave A.

EWP RULES
There are three principal rules needed to interpret Elliott Wave. There are many guidelines, but only three 'hard and fast' unbreakable rules. Guidelines are subject to interpretation. These rules only apply to a 5 wave impulse sequence. The corrections, which are much more complicated, are given more leeway when it comes to interpretation.

Rule 2: Wave 3 can never be the shortest of the three impulse waves.

Among market technicians, wave analysis is widely accepted as a component of their trade. EWP is on the exam analysts must pass to obtain the Chartered Market Technician (CMT) designation, the professional accreditation developed by the Market Technicians Association (MTA).

Robin Wilkin, Ex-Global Head of FX and Commodity Technical Strategy at JPMorgan Chase; "the Elliott Wave principle provides a probability framework as to when to enter a particular market and where to get out, whether for a profit or a loss."

Jordan Kotick, Global Head of Technical Strategy at Barclays Capital and past President of the Market Technicians Association; "EWP discovery was well ahead of its time. In fact, over the last decade or two, many prominent academics have embraced Elliott’s idea and have been aggressively advocating the existence of financial market fractals."

Paul Tudor Jones, billionaire commodity trader, calls Prechter and Frost's standard text on Elliott one of "the four Bibles of the business."

Criticisms
The belief that markets manifest in recognisable patterns actually contradicts efficient market hypothesis, which states that prices cannot be predicted from market data such as moving averages and volume. By this reasoning, if successful market forecasts were possible, investors would buy (or sell) when the method predicted a price increase (or decrease), to the point that prices would rise (or fall) immediately, thus destroying the profitability and predictive power of the method. In efficient markets, knowledge of the Elliott Wave Principle among traders would lead to the disappearance of the very patterns they tried to anticipate, rendering the method, and all forms of technical analysis, useless.

« Does the Premier League have the X-Factor of Rome's Bread and Circuses? The First of Many D Days for Europe, Decision Days »