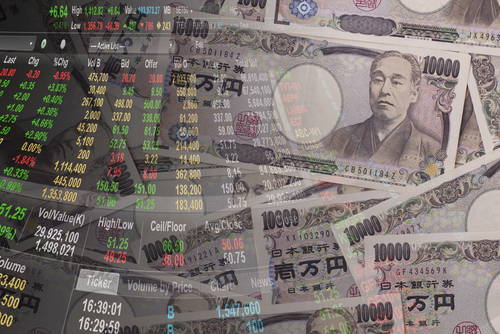 During the early hours trading sessions, Japan’s yen rose versus the majority of its peers as the latest current account balance figures rose, the latest trade balance reading fell, whilst consumer confidence and the Eco Watchers survey readings, also fell in March. Overall, the cumulative data proved to be bullish for yen, whilst the Aussie dollar fell versus its peers, partly correlated with yen’s rise. At 7:30am U.K. time, the euro traded in tight ranges versus the majority of its peers, after Germany’s statistics agency published disappointing export and import data for March.

Exports in Germany have fallen by -1.3% in February, with imports falling by -1.7%, adding to recent fears, built up by other poor data, that Europe’s engine of manufacturing and industrial growth, could be displaying recessionary characteristics. EUR/USD traded up 0.10% at 1.122, trading between the daily pivot point and the first level of resistance, the most traded major pair has traded in a tight channel during April. EUR/GBP traded close to flat at 0.8600, whilst EUR/JPY traded down -0.12%, falling through the second level of support.

Despite the U.K. facing a critical week in relation to its Brexit drama, with the country due to exit on April 12th, the U.K. government and Parliament are displaying no sense of panic, consequently neither are the FX markets for sterling. There is a growing expectation that, once again, the U.K. will have its exit delayed, when an emergency E.U. summit is held on Wednesday April 10th, extending the U.K.’s leave date until either late June, or delivering a flexible leave date. Despite such a process offering continued uncertainty, for both U.K. and European businesses, the E.U. appear reluctant to be seen to force the U.K. to exit the European Union.

Business uncertainty crimping U.K. commerce, was illustrated by the latest BDO survey falling dramatically, when the index was published on Sunday evening, with BDO stating; “In absolute terms, sentiment is now weaker than its previous low point after the UK’s vote to leave the EU in 2016. The services sector, which comprises around 80% of UK GDP, drove the overall decline in confidence, with the sector index falling by a dramatic 4.15 points to 95.13 in March.”

Various leaders throughout Europe, are dismayed at the zombie position the U.K. government has engineered, but have little alternative other than to cave in to U.K. requests, as they’re eager to avoid a no deal, chaotic exit. At 8:00am U.K. time, as the London trading session opened, GPB/USD traded close to the daily pivot point, up 0.10% on the day, close to the 1.300 handle at 1.304, with the 200 DMA sited at 1.297. Sterling made modest gains versus the majority of its peers. The FTSE 100 opened down -0.14%.

The dollar index, DXY, traded down -0.12% at 8:15am, maintaining position above the 97.00 handle at 97.28, as the dollar mostly fell versus its peer currencies, with USD/JPY trading down -0.26% at 111.42, oscillating close to the 200 DMA, sited at 111.46. The futures markets were indicating a fall when USA equity index markets open in New York this afternoon, the SPX future traded down -0.12% with the NASDAQ future trading down -0.13%. The tech index is up 20% during 2019 year to date, recovering the majority of the losses, incurred during the 2018 Q3 and Q4 bearish correction. WTI oil traded at a 2019 high, due to the Libyan conflict between government and various militia causing havoc in a country, which is yet to recover from the overthrow of Gaddafi in 2011.

The economic calendar data of note for the USA, which will be published this afternoon at 15:00pm U.K. time, includes the latest factory and durable goods orders for February, with both readings forecast to come in below the January readings. USA equity indices appear unaffected by any fundamental data which missed targets recently, as the overall risk on mood, due to the expectation that the USA and China will reach a trade deal, overpowering any negative sentiment.

The latest housing starts and building permits data for Canada are published at 13:15pm U.K. time, both metrics are forecast to reveal marginal improvements, which could have a positive impact on the value of the Canadian dollar versus its peers, particularly versus USD if the greenback’s weakness across the board, is maintained throughout the day’s trading sessions.