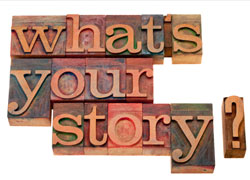 Whats the story with Gold

Asian equities are trading down by nearly a percent after weak western counterparts and weak economic development. The Chinese bourses are closed due to dragon-boat festival and metals may remain mostly subdued due to lack of downstream demand. Further, from the Euro-zone, Greece pro-bailout parties are forming the coalition while it needs to ensure austerity in order to honor the memorandum. The independent auditors have also assessed that under the highest stress scenario Spanish banks would need 79 billion euros out of the 100 billion euro bailout for recapitalization while GDP may crash 4.1 percent and home prices may decline 20 percent. Hence, markets may turn volatile, as 100 billion Euros might not be sufficient to bailout Spain. The shared-currency of the block may further dwindle due to increased risk and growing uncertainty. Hence, base metals may remain weak on the back of declining GDP and slowing house prices. From the economic data front, the German IFO numbers are also likely to remain subdued due to weak manufacturing and services sector and may further weigh on the markets.

Fundamentally, weak manufacturing and housing releases may marred growth prospect and may continue to weaken further in today’s session. Lower refined metal prices have resulted in drop of output as the supply side is aligning itself with the subdued demand.

Therefore, amidst weak economic expectation and increased risk of slowing GDP and housing sector, commodities may continue the downtrend in today’s session.

Overall, amidst weak economic sentiment and declining equities we recommend remaining short for the day. Market anxiety and risk sell-offs were the two major reasons for gold’s demur despite US released the worst manufacturing number.

The euro slid over a percent making room for the dollar to go high, pressurizing the metal.

Negative market sentiment is likely to prolong as the European ministers are arguing with each other and Greece was not granted any extra time to meet the austerity measures, needed for its 240billion euro bailout. The same regarding the Spanish recapitalization procedure would now be decided at the June 28-29 summit. With the formal assist and release of the amount due on June 25, the wrangle between the heads will certainly be a threatening factor for the 17-bloc currency. The euro therefore is exposed to a down-side risk with gold as well may wobble.

Moreover, the German IFO numbers today may show weak assessment of the business climate and poor economic expectations may keep the Euro under stress. As discussed, Gold is likely to remain weak for the day and the near term.