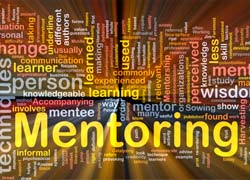 What Can A Forex Trading Mentor Teach You

What Can A Forex Trading Mentor Teach You That You Don’t Already Know, Or Can’t Learn Very Quickly?

There’s been a significant movement on the internet lately, paid mentorship programmes for FX traders are being heavily promoted. I have my suspicions that it’s followed a pattern; high influx of traders entering the market from 2008-2009 onwards, some realise they can’t “walk the walk” but can “talk the talk” so they effortlessly move themselves over to marketing their services instead of attempting to fashion a career from FX trading. And for many it makes perfect sense, to set up a WordPress or Blogger blog site is free and the marketing likewise. If you tag the pages and articles correctly, do the Facebook thing and twitter a few ‘hindsight’ trades then you may pick up a few ‘at a low ebb with trading’ orphaned traders..

Now I’ll confess that I’m a bit jaundiced were the concept of mentors is concerned, I automatically mentally substitute the word “mentor” with “guru” as opposed to teacher and the same question always appears when I’m faced with the mentor question; “What can a mentor teach you that you don’t already know, or can’t learn very quickly”?

Now how long does that small list of seven elements take to learn? Actually it can take a lifetime for some, but there’s no ‘guru mysticism’ involved, for the most part those seven key points perfectly and adequately describe what’s required in trading. So why involve the mystical mentor figure, how will he or she help the fledgling trader evolve? And this brings me back to my overall level of distrust on the mentor issue. However, there’s two caveats; if the mentor is free, or the mentor has such a bullet proof, unquestionable track record then it’s worth exploring..

To anyone considering looking for a mentor you’ll need to put up a convincing reason as to why an experienced trader would spend their valuable time mentoring you, most experienced traders don’t bother with mentoring as quite frankly it’s more trouble than it’s worth.

Who is the best forex trader in the world? Actually FXCC are in the process of asking that very question, but when it’s asked in normal conversation or over the web how would you answer it? I’d suggest China as a country, particularly given they’ve recently increased the value of the yuan (renminbi) in anticipation of a delegation visit to America, now there’s a brinkmanship play. Or perhaps the SNB, not mentioning the wife of the former President who made a small killing on the dollar v Swissy before his resignation recently, she can trade obviously. But recent SNB interventions, to reduce the value of the currency and peg it to the euro does take political, marketing, and trading skill.

If we’re looking at individuals then perhaps George Soros would be described as the ultimate FX trader, certainly from a historically perspective, but there are other very notable traders who have displayed world class performance and some of them had..drum roll..mentors..

Here’s one world class FX trader who could be regarded as one of the best on the planet, Timothy Morge. Founder of Blackthorne Capital. Mentored by Dr. Alan Andrews and studied money management with Bruce Kovner. Trades Billions of dollars in capital. He’s recognised as one of the best ‘chartist’s in the world. Here’s a short bio on Tim and if you want mentorship this is the level you need. But seriously, even despite his brilliance with charts, could he really reach down to train a fledgling trader, why would he, what’s in it for him? Similarly his mentor didn’t cut his teeth working his way up from a retail micro account to become a legendary figure in the industry, these individuals generally receive institutional level support (mentorship) from investment banks.

Timothy Morge has been a professional trader, author, educator and mentor for more than 35 years. Besides trading his own capital, Tim is President of Blackthorne Capital, a private money management firm that works with several of the largest non-U.S. Institutional portfolios. In the 1980’s and 1990’s, he managed and taught other traders for institutions like Commodities Corporation, JP Morgan and Goldman Sachs. He remains one of the world’s largest currency traders, routinely carrying positions of several billion U.S. Dollars. Tim has taught hundreds of professional floor traders at the CBOT and CME to become successful off-floor electronic traders. He is a regular lecturer at some of the most prestigious Graduate Schools of Business and Finance in the United States, including MIT, Stanford, and The University of Chicago. He currently donates his time teaching basic technical analysis to 4th and 5th grade accelerated students at 59 elementary schools around the United States (The program is named Crayon Drawing!)

He is a regular featured speaker at the popular Traders Expos held around the world, writes a weekly column for MSN and moneyshow.com and gives educational webcasts for most of the Exchanges around the world. He is the author of several highly regarded books, ‘Trading With Median Lines’ and ‘Mapping the Markets’ featuring his own trading methods.

So what am I trying to say; “if you can’t obtain a mentor of Tim’s quality then don’t employ a mentor”? Yes, precisely. There’s very little point, unless you find a free mentor which brings me back to the original question; “What can a mentor teach you that you don’t already know, or can’t learn very quickly”? And if an individual trader can’t adhere to a basic trading plan, as set out by the seven critical success factor list, then perhaps they need a psychologist more than they need a trading mentor..

There is a pretty thick line between Mentor and Salesman. Mentors should take on pupils with potential; someone they guide, without any money changing hands. Salesmen are are in the business of profit. They have a product and intend on making money from it. If the mentor wants money then he’s a salesman.

So is there a third way between DIY and mentor? Absolutely, mentors teach, you’re normally taught in a school or an academic environment and as the successful Open University pioneered in the UK for many years, distance learning works. So the simple solution is to find a free FX school..now where can I find one of those…