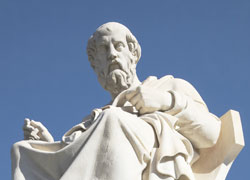 Feb 9 • Between the lines • 4405 Views • Comments Off on Cheers! Can Plato's Logic Solve The Greek Problem?

Is there a beer index? If so find out where it is and go long, very long. No stop loss required as there’ll never be a spike, support will never be tested..

It’s not often that you search for an article title and it comes to you. Whilst searching ‘the wires’ for news items to reference I discovered that global beer sales are up, despite the (receding) global recession folk are drinking more. Makes perfect sense, drink and be happy. And the name of the research company who published the beer report? Plato’s Logic. Now given the current Greek situation that’s quite an irony, or coincidence…

Growth in the world beer market picked up to reach 2.7 percent in 2011, growth continued to strengthen driven by emerging markets, and is predicted to grow at 2.5 percent this year, industry research group Plato Logic said on Wednesday. The researcher upgraded its 2011 figure from its 2.5 percent volume growth estimate made back in September 2011 as the recovery in the global beer market gathered pace.

USA, No Q.E.3.
The lowering of the unemployment rate in the USA has reduced the prospects for more economic stimulus measures from the central bank. San Francisco Fed President John Williams and Richmond Fed President Jeffrey Lacker pointed to better than expected data in recent months that show the U.S. unemployment rate dropped to 8.3 percent, a still-high level that casts doubts on the Fed’s next move to boost the economy, if any. The stronger labor market has investors mulling over whether the Fed will ultimately decide to launch a third round of so-called quantitative easing, or QE3, through more asset purchases.

Lacker said on CNN television, after being asked about a third round of quantitative easing;

I don’t see those prospects as very likely right now at all. If we keep data like we’ve been getting, I don’t see a rationale for further easing at this point at all.

Oops, German Exports Go Into Reverse
There’s always one or two stories that sneak under the wire when there’s big news events waiting to break, the news that Germany’s exports went into reverse was not good news, and the figures were bad. Germany reported the steepest drop in exports in nearly three years for December. Now what’s worrying is that, (for example), if they’re not exporting the finest cars manufactured on the planet, then manufacturing will eventually have a lull, and where’s the demand suddenly gone for the finest Germany has to offer; BMW, Mercedes, Porsche? Which reminds me, we must talk about the Baltic Dry Index at some stage on the blog, a fascinating left field ‘freakenomics’ metric that arguably points to the real level of global trade in future months.

Many Investors Are Keen To Move Past Greece
Amen to that, we’d all like to see a resolution, but can one be found to satisfy all parties? Now we’re at the stage were 70% haircuts with a 3.5% coupon might not be enough to avoid a messy default and the general populous is waking up to the fact that the latest austerity measures will really hit ‘ordinary’ Greeks very hard once again.

The ECB’s provision of nearly half a trillion euros in low-rate, long-term funds to banks in December helped prop up risk appetite. A second tender, expected to be similar in size, is due at the end of the month. That’ll take the rescue fund, which we can’t call Q.E. or monetization as that’s beyond the ECB’s remit and constitution, to €1 trillion.

The ECB and the Bank of England both hold policy meetings on Thursday, with the UK central bank expected to add an extra 50 billion pounds of stimulus via bond purchases. That bond purchase should confuse the public enough, the UK govt. will need decent ‘pr’ on this as “helping Europe” doesn’t go down too well with the UK electorate..

Market Overview
Stocks inched higher in the NY session whilst the euro ended flat on Wednesday as investors focused on whether the latest meeting of Greek political leaders will result in the necessary reforms to help the country avoid a messy default. European markets ended flat or marginally down.

European shares ended lower. The FTSEurofirst 300 index of top European shares was down 0.2 percent. An Italian government source has suggested that Italy’s gross domestic product may have fallen in the fourth quarter of last year, more steeply than the 0.2 percent decline posted in the third. That also put pressure on the euro. Whilst France may suffer a contraction in GDP in the first quarter of 2012 according to the Bank of France.

Crude oil, Canada’s biggest export, pared earlier gains. Futures for March were up 0.3 percent to $99.04 a barrel in New York after climbing earlier as much as 1.4 percent and falling 0.6 percent.