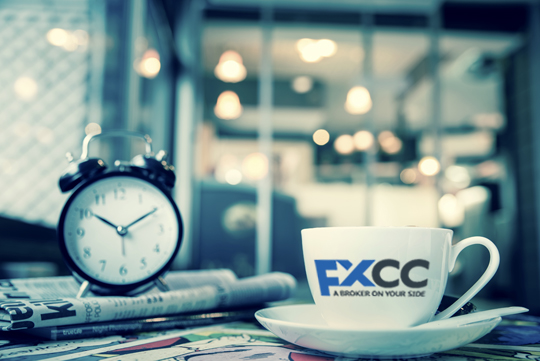 The DJIA rises to a new record high for ten consecutive days, as the dollar slips.

Feb 24 • Morning Roll Call • 2172 Views • Comments Off on The DJIA rises to a new record high for ten consecutive days, as the dollar slips.

Another day, another record close for the DJIA, which has now beaten the previous series of record closes from as far back in 1987. The reasons for the continual irrational exuberance and over-optimism appear to be based on the promises tax cuts and stimulus on the way courtesy of Trump. The proposed tax cuts will benefit corporations first, therefore the criticism (from certain market commentators) is that the cuts and stimulus will provide little in the way of “trickle down” for the ‘real’ economy, the benefits will stay locked in the markets.

Real economic issues for America were revealed by weekly unemployment claims in the USA rising, weekly claims for last week came in at 244k, above expectations of 240k. House prices in the USA rose modestly, by 0.4% for the month of December, whilst the Chicago Fed activity index fell below zero coming in at -0.05%.

European data published on Thursday proved to be positive; the Eurozone’s largest economy Germany printed an official GDP figure (in line with forecasts) of 1.7% annually. Capital investment was up 0.8% for the fourth quarter of 2016, whilst construction investment beat expectations (by some margin) coming in at 1.6%, significantly ahead of the previous month’s reading of -0.3%.

Exports in Germany came in ahead of predictions at 1.8% up for the fourth quarter, whilst imports rose by 3.2%. German GfK confidence index came in at 10, a slight slip from the 10.2 previously. However, despite the positive data, European markets sold off due to political uncertainty caused by the imminent French presidential election and lingering Brexit issues. The DAX sold off by 0.42%, the UK’s FTSE by a similar amount, with the STOXX 50 closing down 0.16%.

Fed funds futures on Thursday are now indicating 22.1% probability that the Fed will hike rates in March, up from Wednesday’s 17.7% probability, data from CME Group’s FedWatch revealed on Thursday. A conclusive figure would be considered above 50%.

Sterling hit a two week high versus the dollar, primarily as a consequence of dollar weakness, although pound strength was witnessed versus the majority of its major currency peers. GBP/USD leapt by approx. 0.9% during late afternoon trading in London, hitting $1.2560 at one point, the highest level reached since Feb. 9th. EUR/GBP slid by circa 0.6% to 84.27 pence per euro, close to the two month low of 84.03 pence reached the previous day. Although EUR/GBP is still close on 9% stronger than its levels before the referendum Brexit vote.

09:30, currency effected GBP. BBA Loans for House Purchase (JAN). The prediction is for a small fall of mortgage applications registered in January by the British Banking Association, from 42600 to 43228.

13:30, currency effected CAD. Consumer Price Index (MoM) (JAN). Consumer inflation is predicted to have risen to 0.3%, from a negative reading of -0.2% in December.

13:30, currency effected CAD. Consumer Price Index (YoY) (JAN). Annual inflation is predicted to have risen in Canada to 1.6%, from 1.5% previously.

15:00, currency effected USD. New Home Sales (MoM) (JAN). After registering a significant seasonal fall of 10.4% previously, the anticipation is for new home sales in the USA to have bounced back to show a 7% rise. With USA mortgage applications down significantly according to data published on Wednesday, this figure has the potential to surprise.

15:00, currency effected USD. U. of Michigan Confidence (FEB F). Although not considered a high impact news event, there’s a series of U. of Michigan data publications released at 15:00 hours, which could effect market sentiment if the prints miss the forecasts. The confidence reading is predicted to come in at 96, ahead of the 95.7 reading previously.

18:00, currency effected USD. Baker Hughes U.S. Rig Count (FEB 24). As always the value of oil and therefore the U.S. dollar, could be effected if the rig count exceeds the current reading of 751, by any significance.

« The life of a Forex Trader MORNING ROLL CALL »