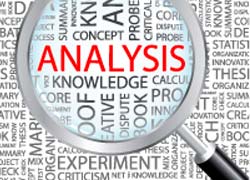 The Basics of Fundamental Analysis in Forex Trading

If ever evidence was needed that forex markets move as a consequence of fundamental news, particularly central bank or higher authority macro economic policy decisions, then events concerning the Eurozone debt crisis over recent months has provided it. The euro is the second largest reserve currency as well as the second most traded currency in the world second to the United States dollar. As of July 2011, with nearly €890 billion in circulation, the euro has the highest combined value of banknotes and coins in circulation in the world, having surpassed the U.S. dollar. Based on International Monetary Fund estimates of 2008 GDP and purchasing power parity among the various currencies, the eurozone is the second largest economy in the world.

There are many traders in the FX trading community who only trade the eur/usd. The reasons are highlighted in the fact and data snapshot provided above; as the most liquid and most traded currency (in all its counter party derivatives) its ‘behaviour’ is arguably the most ‘mathematically pure’ of all the currency pairs. Some traders would take that assertion a stage further by suggesting that it’s the most mathematically pure security to trade bar none given their opinion that forex trading is equally stable from a mathematical analysis standpoint. However, no successful trader would put the cart before the horse, let’s ignore the impact of HFT for a moment, technical analysis is displayed on our charts as a visual correlated and interpreted reaction to the overall human behaviour in the market place.

That behaviour (which eventually bleeds onto our charts) at the very highest level is not motivated or influenced by whether or not the chief economist or head traders at, for example, Deutshce bank have set an alert to go long on cable if the: psar, the di, the rsi and MACD ‘line up’. Whilst lines of traders below their pay grade may have orders in at; resistance, support and the 200 ma etc. at the highest level, where the big players play out their strategies, it’s fundamentals that rock their world which eventually shakes our world to its foundations as individual traders. Let’s not forget that those responsible for the majority of the global purchasing of currencies operate from a Bloomberg or Reuters terminal, these legendary terminals, that provide state of the art delivery information systems, deliver a constant stream of current news and likewise the ability to instantly execute huge trades as a consequence of that fundamental information.

Most of us are aware of how economic data releases can immediately impact on the market, such brutal fundamental analysis can shift sentiment in micro seconds as illustrated each month by either base interest rate decisions of central banks, or for example the NFP numbers published each month by the USA bureau of labour statistics. As the to and fro of the: troika, EU, IMF, ECB, the PIIGS (in particular Greece) has impacted the markets over recent weeks and months we’ve also indirectly had a terrific and microscopic view of what can really move the market outside of the normal economic releases. The rumours of solutions, firstly last week by the FT and this week the UK Guardian, caused huge sentiment shift evident as spikes in the euro versus all its major counter parties.

In the equities market, fundamental analysis looks to measure a company’s true value, the trader can then base investment decisions on this type of calculation and evaluation. In a similar fashion this type of evaluation occurs in the retail forex market, where forex fundamental traders can evaluate currencies and their countries or areas of issue, in a similar method to valuing companies by using economic announcements to gain a perspective as to a currency’s true value. All of the news reports, economic data and political events that are published with regards to a country are similar to the news generated by an equity; it is used by investors to gain an idea of value. This value judgement changes over time due to many factors, including economic growth and financial strength. Fundamental traders look at all of this information to evaluate a country’s currency.

Given that there are practically unlimited forex fundamentals trading strategies based on fundamental data, you could write a book on this subject and searching Amazon you’ll find a plethora of excellent volumes available. As such one article cannot possibly cover all the aspects required to give a full overview of the benefits of fundamental analysis, or what key information should be considered as must have. As with many issues involved in trading, particularly forex trading, traders personal intellectual curiosity will motivate them into establishing what fundamental knowledge requirements fit in with their overall trading strategy. Here’s an overview as to the type of crucial information that should be diarised.

Figures and statements given in speeches by important politicians and economists are known amongst traders as “economic announcements”, they have significant impact on currency market moves. In particular, announcements related to United States economy and politics are the primary releases to be aware of.

Critical speeches to diarise
Chairman of the Federal Reserve Bank of USA, Secretary of the Treasury, governors or heads of: the UK BoE, the ECB, the BOJ, the bank of Australia, the Swiss central bank, Chinese central bank.

« How Sarkozy Must Wish He Could Be Rip Van Winkle “Capitalism has Destroyed our Belief in any Effective Power but That of Self-Interest Backed by Force.” »