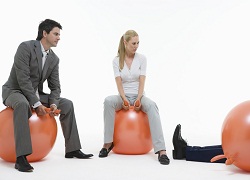 So we worked on our trading plan over several months, we honed the critical three Ms of: mind-set, money management and method. And arguably the fourth M; our motivation, was also at a high, given that we were convinced that our method, tried out in demo forward testing, after back testing vigorously over recent months, had reaped significant (simulated) rewards.

But here we are, three months later, having been absolutely convinced of our overall strategy, we’re now left licking our wounds after we’ve called a day on our new system due to it not coming up to the expectations we’d anticipated.

Whereas in demo our trading system returned a 70% win rate in our three month forward testing period, once live (over a similar three month period) that win rate then fell to 45% and some of the losses were far greater than the gains rendering us with a nominal loss to our account over the three month period.

We’re now contemplating ditching this strategy completely and starting over, again. But are we being too hasty, should we be ditching a proven technique too early without fully investigating the reasons why it’s failed in the short term?

Surely if the system stood up to rigorous demo testing then to abandon it now, at the first signs of failure, would be reckless and premature? So what measurements can we put in place at the start of our trial period to ensure that we’re not bailing too early and too hastily? After all we may abandon our strategy to then immediately witness it power ahead with the type of returns we’d previously expected.

Time; have we allowed enough time to evaluate the performance?

We can’t impose our will on the market and we’re constantly reminded when it comes to investments that “past performance is no guarantee of future performance”, so why should we expect the markets to repeat their past performance exactly once we’re live with our trading system? Every moment in the market is unique, the past rhymes, but it doesn’t repeat. Simply because we enjoyed and witnessed the market behaving in a particular way during our simulated trading doesn’t ‘guarantee’ that it’ll perform in the same way again.

Therefore we must attach a time period in our trading plan to evaluate the real live trading potential of our strategy and stick to it. And or we must attach a drawdown, what we can’t do is manually intervene earlier than we’d previously committed to base on a new hunch that the trading strategy isn’t going to work. Therefore we must set out perhaps a five month period, with a drawdown of perhaps ten percent with an allowance of ‘x’ amount of trades during this period in order to establish if our method and strategy worked or not.

Have we hit a period of consolidation, is the market ranging versus trending?

Once we go live with our method and strategy we have no idea what the market sentiment will be as we’re entering. We could enter (by way of our trigger signal) and immediately find ourselves in the beginnings of a trend that lasts for months, conversely we could enter and find ourselves trapped in a period of consolidation that lasts for months and then we experience a break out in the opposite direction to the position we’d anticipated. For that reason we can’t allow ourselves to be dissuaded too easily.

System hopping is not the answer

Once thing that is for sure is that what we’d term “system hopping” isn’t the answer. If we constantly stop and start our strategies, allowing very little time to collate any true relevant evidence of performance, then we’ll struggle to succeed. We have to devise a standalone  method to determine if the strategies are successful by allowing enough time to elapse, enough trades to take place and if necessary enough of a drawdown to be suffered before we call time on a particular strategy.

System hopping is a common trait amongst new and unsuccessful traders. Attached to this behaviour is the feeling of frustration that the market hasn’t behaved how we’d hoped it would   or how we’d predicted. This behaviour often relates to incorrect assumptions which need to be challenged if a trader is to achieve consistent success in the markets. These wrong assumptions include:

There are also other factors at play, such as the incorrect setting of a spurious and random  target for percentage account growth that appears achievable and then seeking out the system to match that target.

It is only once these destructive assumptions are eradicated that we as traders begin to change our behaviour and start to focus on the long road ahead to becoming consistently profitable, which will never be gained by abandoning a system too early in favour of finding another system and starting over.