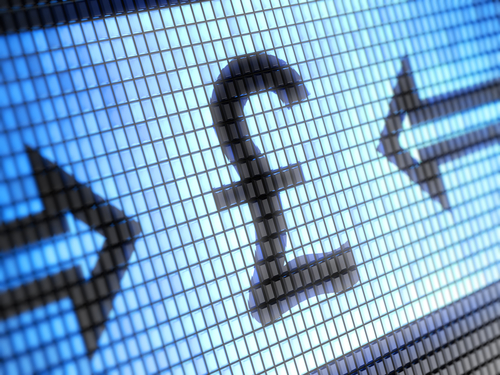 During Tuesday’s Sydney-Asian trading session, Australia’s central bank the RBA, announced the cash rate would remain at the record low of 1.5%, for a record period of inactivity; since August 2016. The Governor of the bank, Philip Lowe, delivered a statement that maintained the dovish tone the RBA had previously set in March, without recommitting to possible further rate cuts, whilst confirming that the central bank would “support sustainable growth.” Philip Lowe; “The Australian labour market remains strong, further progress in reducing unemployment and having inflation return to target is expected, although this progress is likely to be gradual.”

The Australian government is expected to announce a fiscal stimulus, when it deliver its latest budget on Tuesday evening. Analysts will be looking for a commitment towards tax breaks and infrastructure spending which could, in theory, lessen any requirement for monetary stimulus; the RBA could avoid lowering the cash rate, over the medium term. The latest February building approvals data will have encouraged both the RBA and the Aussie government, that the economy could be maintaining its current growth pattern; building approvals rose by 19.1% in February.

The Aussie dollar fell versus its main peers, as the rate and the policy statement was broadcast; at 9:00am U.K. time, AUD/USD traded down -0.60% at 0.706, after crashing through S2, to reach S3 earlier in the Asian session. The fall of AUD was replicated versus several of its main peers, although the fall versus USD was amplified, by USD strength returning to the FX market.

Sterling slipped versus its main peers late Monday evening, after the U.K. Parliament (once again) failed to reach a consensus, regarding a Brexit agreement. During what’s termed “indicative voting” the MPs were close to voting for a second referendum, or remaining in the customs union. However, with no agreement reached, the E.U. quickly voiced their opinion that the U.K. was on course to crash out on April 12th, with no agreement in place.

Mr. Barnier, one of the prominent negotiators during the lengthy Brexit process, also reiterated that the E.U. was fully prepared to cope with the no deal exit scenario. As to whether or not the U.K. is equally prepared for the potential chaos, on the English side of the English Channel, is highly unlikely. This is a subject the cabinet members at the various meetings Theresa May will chair at Number 10 Downing Street on Tuesday, will most likely discuss.

At 9:15am U.K. time, GPB/USD traded at 1.307, down -0.23%, oscillating in a tight range, between the daily pivot point and the first level of support. Such price action is indicative of an FX pair in holding mode, waiting for breaking news to develop, in order to determine direction. GBP/AUD made gains, relative to Aussie dollar weakness, as opposed to GBP strength. EUR/GBP also traded in a tight range, close to flat at 0.857 and right on the daily pivot point. The latest construction PMI for the U.K. came in at 49.7, the second month in series the reading has come in below the 50 level, separating expansion from contraction. However, the level could be supported by many contractors rushing to get projects finished before the various Brexit dates; below the surface U.K. construction activity could be much worse, than the PMI suggests.

The key calendar events scheduled for release during Tuesday afternoon, includes durable goods order data for the USA and various other metrics relating to goods such as capital goods orders including and excluding: defence, transport and air. At 10:00am U.K. time, the futures markets for USA equity indices were indicating a moderate fall of circa -0.10% in the SPX and NASDAQ, when New York opens for trading. USD/JPY traded close to flat at 111.4, whilst WTI oil maintained its recent bullish run, as a consequence of OPEC cuts, supply concerns and diminishing USA stockpiles, price breached the $62 per barrel handle in the morning session, up 0.44%.