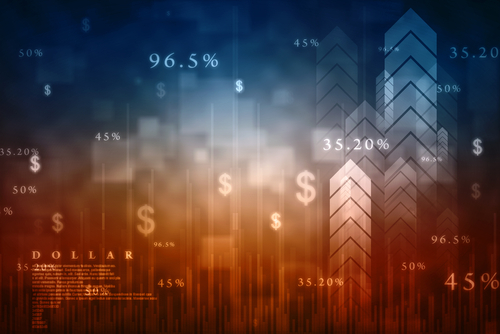 Sterling rises, as prime minister May pleads with the opposition party for a Brexit solution, U.S. dollar and WTI rise, whilst USA equities experience mixed fortunes

Sterling currency pairs, such as GBP/USD, whipsawed in a wide range during Thursday’s trading sessions, in perfect rhythm with ongoing and breaking Brexit developments. The ruling Tory party held a marathon cabinet meeting from early morning, until early evening. The outcome was a 3-4 minute speech from Theresa May, in which she pleaded for cooperation from the Labour Party, whilst insisting her infamous redlines, which shaped the withdrawal agreement to the point of failure, will not be adjusted.

As the speech was delivered, GBP/USD rose from its daily lows, as price broke up through the daily pivot point, to trade close to the first line of resistance, R1. At 19:30am U.K. time, GBP/USD rose to 1.311 up 0.23% on the day. In negatively correlated price action, EUR/GBP fell by -0.39% to 0.854, as price slipped to the first line of support, S1. The U.K. FTSE 100 closed up 1.01%, at 7,391, just short of the 7,400 handle, representing the highest close during 2019 and the highest level printed since November 2018, clawing back the majority of losses incurred during the sharp sell off, throughout Q4 2018. The FTSE index rose, despite the latest Markit PMI for U.K. construction missing the forecast marginally and investors having grave concerns regarding a no deal Brexit on April 12th, looking more likely.

The main equity indices of the Eurozone, also rose, albeit not by the same margins as U.K. indices; Germany’s DAX closed the day out up 0.62%, with France’s CAC closing up 0.33%. The euro experienced mixed fortunes during the day’s trading sessions; EUR/USD traded down -0.14%, at 1.119, falling below the 1.200 handle and continuing the deep bearish channel sell off, which has developed since March 20th. The euro made gains versus the Aussie, kiwi and loonie (Canadian dollar).

During the afternoon New York session, the recent bullish momentum relating to USA equity market indices ended, as investors banked profits; the SPX closed flat whilst the DJIA closed down -0.30%. The tech heavy NASDAQ index closed up 0.25%, taking the year to date 2019 gains to 18.3%, as the index closed in on the all time high, posted during the latter stages of 2018. The significant economic calendar event relating to the USA economy, involved a series of goods orders. Durable goods orders fell by -1.60% in February, whilst the non defence (excluding air) reading fell marginally, by -0.1%. WTI oil continued it’s bullish, momentum break upwards; price breached the $62 a barrel handle, whilst maintaining position above the 200 DMA, sited at 61.31, a level breached during Monday’s trading sessions. At 22:00pm price traded at 62.51, up 1.50%.

The dollar index, DXY, traded up 0.07% at 21:45pm U.K. time, as USD failed to make gains versus several of its main peers; GBP, CHF and JPY. The Aussie dollar continued its slide versus USD during Thursday’s sessions, as a consequence of the RBA monetary policy statement, broadcast by the RBA Governor, Philip Lowe, during the Sydney-Asian trading session. The kiwi dollar lost ground versus its peers, especially NZD/USD, as the N.Z. house price index missed the forecast, coming in at 2.6% annually up to March.

Wednesday’s key economic calendar events, concerns a slew of IHS Markit PMIs, published for various Eurozone countries and the wider E.Z. Services and composite PMIs will be released for: Italy, Germany, France and the E.Z. from 8:45-9:00am U.K. time. Both the services and composite PMIs will also be published for the U.K. economy, FX analysts and traders will quickly focus on these readings, due to be published at 9:30am U.K. time, for any signs that the impending Brexit is affecting overall business sentiment in services, the most important business sector for the U.K.

The key data relating to the USA economy due to be published on Wednesday, includes the ADP employment number, forecast to come in at 180k for March. Later on, in the New York session, the latest Markit services and composite PMIs will be released. Thereafter, the ISM non manufacturing reading will be broadcast. Forecast by Reuters to come in at 58 in March, a fall from 59.7 in February, this release is listed as high impact, due to its power to move the markets for USA equities and USD, especially if the reading misses, or beats the forecast. Energy inventories for the USA from the D.O.E. will be released late Thursday afternoon at 15:30pm U.K. time, which could move the market in WTI oil, if stockpiles and reserves fall, or rise significantly.