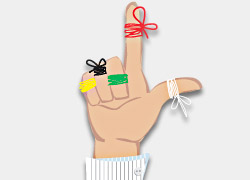 In the late 1980s and early 1990s, Beck was a homeless musician in New York City. He returned to his hometown of Los Angeles in 1991 due to financial struggles.

Described by his biographer Julian Palacios as having "no opportunities whatsoever", Beck worked low-wage jobs to survive, but still found time to perform his songs at local coffeehouses and clubs. In order to keep indifferent audiences engaged in his music, Beck would play in a spontaneous, joking manner…

“I’d be banging away on a Son House tune and the whole audience would be talking, so maybe out of desperation or boredom, or the audience’s boredom, I’d make up these ridiculous songs just to see if people were listening. ‘Loser’ was an extension of that.”

"Loser" was written and recorded by Beck while he was visiting Stephenson's home. Although the song was created spontaneously, Beck has claimed to have had the idea for the song since the late 1980s; he once said;

“I don’t think I would have been able to go in and do ‘Loser’ in a six-hour shot without having been somewhat prepared. It was accidental, but it was something that I’d been working toward for a long time.”

Beck played some of his songs for Stephenson; Stephenson enjoyed the songs, but was unimpressed by Beck's rapping. Beck attempted to emulate the rapping style of Public Enemy's Chuck D. According to Beck, the line that became the song's chorus originated because "When [Stephenson] played it back, I thought, 'Man, I'm the worst rapper in the world, I'm just a loser.' So I started singing 'I'm a loser baby, so why don't you kill me'…"

Whilst pouring through all my archives of trading reference material I came across "advice from a loser". I'd not read it for a while, since 2006, but thought I'd share it with our group as overall the points raised are very poignant. I've edited it slightly for ease of reading and to protect the identity of the original author, unfortunately I can't give you an update as to his progress, but the experiences he shared I'm sure many of us can relate to..

Ego, no trading plan (or having one and not sticking to it), impatience, lack of discipline, too much risk, not learning from mistakes..the trader made all the mistakes but took far too long to remedy them and the majority (as he rightly points out) could have been easily rectified. The desire to take short cuts is something many fledgling traders have to contend with. It's impossible to put a time scale on how long it takes to move through all the gears to arrive at a state of: efficiency, proficiency and consistent profitability, but one things for sure, that time scale has to be measured in years not months.

We'll cover the confession today and in the second part of this two part article tomorrow we'll cover some of the suggested remedies and advice offered up to our struggling trader.

Oh and by the way, if you've now got the Beck song playing in your head for the rest of the day I make no apology..

Confessions of a Day Trading Loser

Part 1
"I just want to pass on some of my experiences to you from the last two years. Firstly, I've failed. I've lost thousands of pounds making all the mistakes and broken all of the rules for successful trading. I read all of the rules so many times, in almost every trading book and article, but I was very stubborn with a huge ego so I ignored them all and it cost me. These are the key reasons for my failure:

Ego
Until now I have always been very successful in everything I do. The possibility of failure never even occurred to me. Therefore I gave the markets no respect. I always new best.

Fools Rush In
After a period of a single year part time day trading, maybe a few trades a week, I was the man, I knew it all. So I gave up a highly paid job in the city to day trade full time. Did I really know what I was doing? No.

Size
Why trade small when I can trade 20 contracts each time and risk thousands on each trade? Maybe it would have been better with just 1 contract to begin with. Sure, I would not make my millions. But I would not lose so much. Now I am down to trading 1 contract because that's all I can afford.

Trading Plan
Plan? What plan? I was ripping it up and creating two new ones each month. Are they of any use ? Absolutely, I think that 70% of them weren't bad. But how would I know? I never stuck by any of them, other than in hindsight.

Discipline
Everyone trader knows the key to being a successful trader (apart from having a good trading plan) is discipline. Run your profits Stop your losses, plan your trades trade your plan, stick to your rules 100% of the time. Could I stop a loss? Never. Could I stop a profit? Always.

Well, that’s me. I'm out of the game at the moment. I have zero confidence, little money left and I am quite depressed. I start my new 9-5 job on Monday for less money than I gave up 2 years ago and it's all my own fault.

I don’t want to put anyone off but it's essential that you know the realities of what you're getting into. Trading can be a great lifestyle choice but it's not easy money. The market can be very unforgiving and doesn't suffer fools. Make sure you know what you are doing before you commit any of your cash and start small. Build on success patiently and consistently over time whilst you gain experience. For what it's worth and in my humble opinion the most effective way to follow a trading plan and apply strict discipline is 100% automation.

Will I be back? I dont know is the honest answer, but if I do I'll be humble, disciplined and 100% automated."