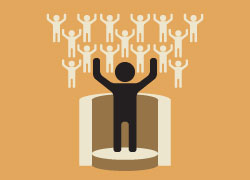 Forward guidance, the Bank of England delivers its policy through Mark Carney

It’s an interesting phenomena, “forward guidance”, the new verbal concept many central banks are currently using to describe their mid to long term policy. There are many descriptions for the concept that suit, but in layman’s terms it means; “we’re telling you in advance what our mid to long term range policy objectives are”. In many ways it’s a common sense approach as it lessens the volatility and speculation that normally surrounds policy decisions. For example, if Mark Carney states that interest rates will remain low for a significant period of time, at least until the end of 2014, then the fireworks on securities such as GBP/USD on the Thursday of each month, when the interest rate decision is revealed, will evaporate.

But there’s another aspect of the forward guidance ‘meme’ that many market commentators and traders may have missed. All three major western central  banks are using the verbals; the BoE, the ECB and the USA’s Fed. Whilst Japan’s BOJ is also using similar rhetoric. We’re witnessing a subtle policy alignment. As to whether or not this is a prudent measure is too early to tell, but in many ways it’s the first indication, since the financial crisis in 2007/2008, that all three major central banks are united in attempting to heal their economies using similar tools and perhaps heal many of the rifts that have emerged between the USA’s Fed and the ECB.

However, despite the approach being ‘sensible’ not all analysts are convicted it’s the right approach, Carney could be regarded as a one trick pony with this approach given he adopted it in his previous position in Canada. Many would suggest it’s arrogant folly to pin your colors to the mast based on a future bet. Carney is not omnipotent, he doesn’t possess predictive powers, yet he’s laying down a policy directive based on the perceived notion that with his forward guidance he can visualise where the economy may be in 2014 or 2015.

The main markets have been united in their sell off overnight and in the morning session. The Nikkei index slumped by 4% in the overnight/early morning session due to the belief that monetary stimulus will stop anytime soon, whilst the CSI closed down 0.57% and the Hang Seng closed down 1.53%. The ASX 200 closed down 1.85%. Currently the UK FTSE is down 0.34%, the DAX down 0.56%, the CAC down 0.40% and the IBEX down 0.78%.

Sterling dropped 0.3 percent to $1.5304 early in the London session after weakening 0.1 percent yesterday. Sterling declined 0.1 percent to 86.78 pence per euro after depreciating to 87.70 pence on Aug 1st the weakest level since March 12th. The pound fell for a second day versus the dollar as the Bank of England Governor Mark Carney gets ready to deliver his review of implementing forward guidance to signal the direction of U.K. interest rates. The pound has fallen 1.8 percent this year, according to the Bloomberg Correlation-Weighted Index that tracks the ten most developed-nation currencies. The euro strengthened 5.8 percent and the dollar has gained 5 percent.

The yen rose 0.9 percent to 96.87 per dollar early in the London session after advancing to 96.77, the strongest level since June 20th. Japan’s currency climbed 1.1 percent to 128.68 per euro after reaching 128.56, the most since July 10th. The euro dropped 0.2 percent to $1.3283. The yen has risen to its highest level in almost seven weeks versus the dollar as the Bank of Japan started its two-day meeting amid speculation it will refrain from adding to stimulus that’s helped weaken the currency 11 percent this year.

The Aussie weakened 0.2 percent to 89.64 U.S. cents late in the Sydney session from yesterday, when it touched 90.05, the highest since July 31st. New Zealand’s dollar advanced 0.2 percent to 79.13 U.S. cents after climbing 1 percent yesterday. Australia’s currency fell 1.1 percent to 86.88 yen, while the kiwi dropped 0.7 percent to 76.66 yen. Australia’s dollar fell versus most of its major counterparts ahead of a report tomorrow forecast to show the unemployment rate rose to the highest in four years.