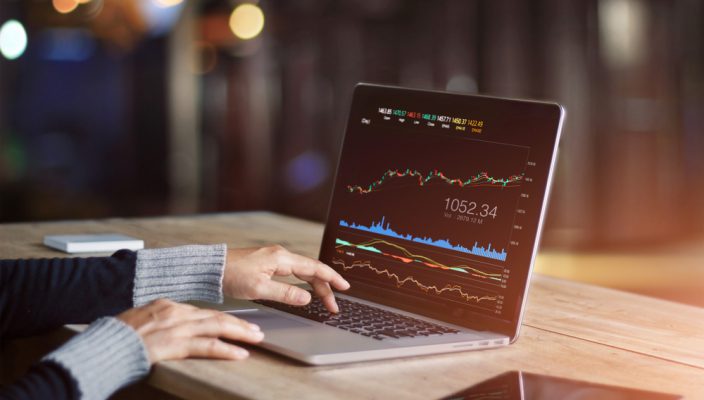 Is skill an overrated concept when discussing and trading FX?

Apr 10 • Forex Trading Articles, Market Commentaries • 699 Views • Comments Off on Is skill an overrated concept when discussing and trading FX?

As an FX trader, what do you think of when you consider the word “skill”? You may think of a sportsman, or woman with exceptional skills. Perhaps you’d conjure up thoughts of world class tennis players such as; Serena Williams, or Roger Federer. Or footballers such as; Lionel Messi and Ronaldo. Or maybe you’d think of racing drivers in the present, or from the past, such as; Lewis Hamilton, or Ayrton Senna.

These exceptional athletes, undoubtedly worked tirelessly to develop their considerable skills. They also had: excellent support from an early age, a cast iron belief in their own ability and a single minded, merciless will to win, that the vast majority of people would not possess, or recognise.

Their skills have to be separated from their characteristics. The skills, for all the athletes, will involve concepts including: incredible hand to eye coordination, strength, agility, lighting quick reflexes and smart decision making. The outstanding characteristics will include: determination, the bravery and the willingness to take the shot, or take the corner at 180mph, in front of millions of viewers, worldwide.

We’ll recognise many of the aforementioned characteristics, in relation to FX trading. It’s perhaps these characteristics which shape the destiny and fortune of FX traders, over and above the intangible concept of your elusive trading skill. You need to be: committed, determined, have a single minded focus, be highly disciplined, have stamina, patience, a never say die attitude and a belief that; despite all the knocks, you’ll get there, eventually. If you converse with experienced and by proxy successful traders (they have to be successful otherwise they’d have surely given up), they’ll testify that all of the characteristics outlined, are more important than supposed skills.

The skills the athlete requires may take tens of thousands of hours on courts, or race tracks to develop. Whereas, the skills FX traders require to trade successfully could, in theory, be learned extremely quickly. For example; if a highly successful and wealthy trader showed you his or her edge and told you that; “if you followed it to the letter, you’d make 50% return annually”, so long as you didn’t detour one inch from the method or strategy, that’s not a skill you’re acquiring, it’s knowledge. The reality is that the successful trader won’t give you the edge, why should they if it’s taken years to develop and perfect? And your chances of following a tailor made, personal edge, without trying to corrupt it, is close on nil. You’ll probably bail from it, at the first sign of a drawdown.

Novice traders might be seduced, through the images and visions they’ve developed and been subjected to, in relation to trading and what it represents. They might see a daunting video of a trader, with a bank of screens in front of them, with each screen having graphs and data continually lighting up and changing colour. The novice might then conclude that in order to play in that market with a high degree of competency, they’d need the skills of an equivalent concert pianist, playing a Rachmaninov concerto. But in reality, all you need to trade FX is: a smartphone, access to a world class retail platform such as MetaTrader and a trustworthy STP-ECN broker, to manage your account through. The simple skill you require is the ability to use your finger or thumb to place the trade. You don’t need ten screens, illustrating every piece of imaginable information and data, to place one trade on EUR/USD each day, risking 0.5% of your account on the single trade, there are no physical, or indeed mental skills involved, or required.

You do have to develop the ability to be able to interpret fundamental analysis and technical analysis, to become a successful trader. But once again, citing this acquisition of knowledge as a skill, could also be considered a stretch. Would we classify a student who’s gained a masters degree as having skills, or would we describe them as: highly knowledgeable, extremely well read and intelligent? The example of gaining a masters distinction is more relevant to trading, than the example of developing the skills world class sports stars require, in order to thrive in their competitive industry.

Novice and intermediate level traders tend to over complicate the process of trading, they also  tend to imagine and visualise the occupation as a competitive sport. They’ll often regard the markets they trade as: the opponent, the enemy, a faceless entity, that’s trying to beat them and take their funds. A battle they must try to win, by engaging the various intangible skills they imagine they need to acquire. The reality, assuming you’re trading through an equitable and transparent STP-ECN broker (and not a spread betting firm who wins when you lose), is that the market (as an entity) doesn’t care if you win or lose, it’s neutral. You have every opportunity to take profits out of the FX markets by developing: your trading plan, your method and edge, after engaging in many hundreds of hours of efforts and research. Whilst ensuring you have the right mental approach, including the previously mentioned qualities, which aren’t skills, they’re characteristics and knowledge.

« Focus turns to central bank committee decision making, as the ECB reveals its latest interest rate decision and the FOMC/Fed publishes its minutes from its March meeting. U.K. gets its Brexit extension, ECB’s Draghi delivers a dovish statement, FOMC continues to adopt a “wait and see” monetary policy. »