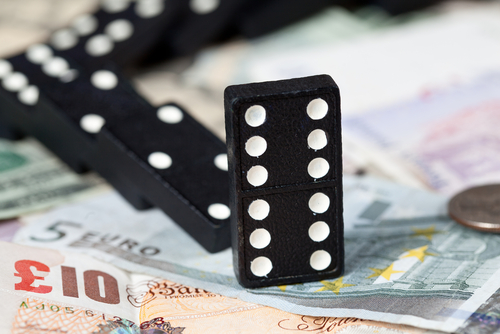 It cannot be denied that while the world attempts to discover the truth behind the technical issues that hit the Bank of America’s website, true currency traders never forget to check the latest forex news updates. Indeed, while it is quite concerning to think that the aforementioned website might actually be the latest “victim” of cyber attacks, it would still be a must to pay sufficient attention to the most recent happenings in the world of forex. After all, by failing to do so, the outcome of one’s moneymaking pursuits would surely be worrisome as well. Fortunately, remaining “updated” is as effortless as reading on.

Traders who mainly focus their attention on the US Dollar would certainly be intrigued by the following forex news: the American currency is regaining its momentum. However, the US Dollar’s improvement merely stems from the fact that it is currently among the most “stable” currencies. To explain, analysts are becoming more and more doubtful as to whether China’s economy would be able to escape its downward spiral. In a similar sense, the Eurozone is still synonymous with uncertainty since Spain, Portugal, and Greece are still at the center of the crisis. Essentially, the US Dollar just seems to be the “safest” option at present.

Alternatively, forex news releases about the Japanese Yen are a bit disappointing. Well, the aforesaid currency’s recent “decline” is only to be expected, especially since the previous evaluations of Japan’s economy turned out to be inaccurate and had to be adjusted. Of course, the much more precise findings about the Japanese economy are far from impressive. It should also be pointed out that the Japanese Yen’s status as one of the “safest” currencies is affecting its value in a detrimental manner since better alternatives are beginning to emerge. Nevertheless, the Yen’s “weakness” brings forth an opportunity for economic improvement.

Unlike the forex news updates discussed so far, which highlight instances of improvement and disappointment, those that pertain to the Canadian Dollar represent stability. Simply put, even though the aforementioned currency experienced a phase of “weakening” as of late, it is still comparable to the US Dollar in terms of sheer value. Specifically, the USD/CAD pair remains above the 0.97 mark. It should be emphasized however, that if the “renewed enthusiasm” about its American counterpart would not end soon, the Canadian Dollar might finally lose its ground.

As made clear, today’s news releases about the currency market are ideally described as varied. To reiterate, the US Dollar is beginning to show signs of “strengthening”, albeit mainly due to the fact that both China and Europe are having economic problems that are far worse than those of the United States. On the other hand, the Japanese Yen is experiencing a period of “weakening”, especially since its main competitors are becoming more and more tempting to traders. Of course, the Canadian Dollar remains stable, although a “decline” is not impossible. All in all, the hottest forex news updates truly reflect the diversity of the currency market.