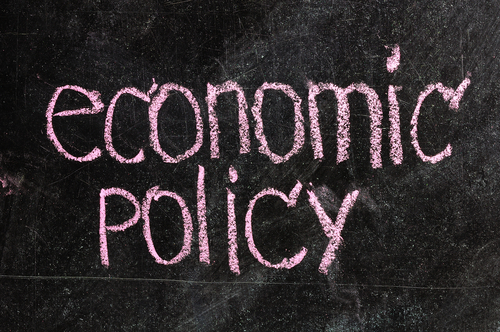 The forex market has been a-buzz since Federal Reserve Chairman Ben Bernanke announced the new round of quantitative easing known as QE3 last week. It was a much anticipated announcement which came with confirmations that low interest rates are going to be around for a longer while.

While much of the highly anticipated QE3 announcements have seemingly been factored in by the recent surge of the Euro against the dollar even before the announcement was made formally last week, the market sentiment remained strongly in favor of the Euro as the prospects for the ECB’s bond buying program started looking like it really is going to happen soon.

With the market having seemingly considered both QE3 and ECB’s bailout plan into account with the current price levels, it appears that the market is looking for new impetus to take the prices in either direction. It would therefore help a lot to take stock of QE3 and give it a much closer focus while at the same time giving some attention to the possibility of a rift among EU members with regards to the ECB plan.

In so far as the QE3 is concerned, the idea is for the FED to buy long term debt instruments from the banks. Ideally, this will give the banks enough liquidity and sufficient funds to lend out which hopefully will spur industries to start producing more goods and employing more people in the process, as the cost of borrowing goes down further. Unfortunately, with the already low interest rates, there is a greater chance that the banks may find it more convenient to just keep their liquidity intact rather than lend their funds out.  In other words, Bernanke’s plan may just backfire. Apparently, the FED has used up all the monetary policies in its arsenal and if QE3 still fails to spur growth, some economists fear this may bring the country into a double dip recession.

With no other options left, the FED is apparently letting the country rip for a while and get mired in misery, hoping that the private sector will pick up the cudgels and start spending more. In the meantime, it is sitting aside to watch the dollar fall further hoping the weak dollar will make exports cheaper and thus, spur its growth. Growth in exports will encourage more industries to also expand and ultimately lead to the expansion and growth of the whole economy.

Many critics believe that the QE3 is far from being the panacea for the country’s troubled economy and sees no positive reaction coming out of it in the near term. In the meantime, the Euro has remained strong against the US Dollar despite pulling back slightly from the 4 month high it established last week immediately after the QE3 announcement. But more traders are taking the dips as an opportunity to buy in to the Euro and establish more long positions with the expectation that it strengthen further against the U.S. currency. With the coming presidential elections in November and the uncertainties that come with it, we may likely see the dollar languishing against its major counterparts.