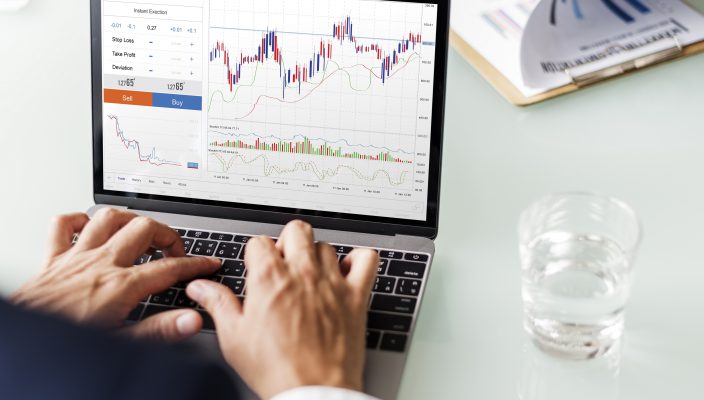 How to identify risk on risk off sentiment and how to possibly trade the correlations and opportunities.

May 20 • Forex Trading Articles, Market Commentaries • 756 Views • Comments Off on How to identify risk on risk off sentiment and how to possibly trade the correlations and opportunities.

The phrase “risk on risk off” is a phrase often used by FX analysts and traders. Also referred to as “RORO”, the concept relates to the prevalent mood and market sentiment. If the overall market sentiment is bullish, it’s described as “risk” on; investors and traders are prepared to take risk and begin placing risk into the market. Risk off is the opposite; investors and speculators will take risk off and out of the market, they’ll either exit, or more likely move into other securities. These alternative securities and investments are often described as “safe haven investments”. During risk on-risk off market behaviour, there are also classic correlations that occur, both negative and positive correlations. For example; when investors and speculators are risk adverse, they’ll typically move into: gold, yen and the Swiss franc.

During the first weeks of May 2019, there have been several text book examples of risk on-risk off sentiment. The main driver of the market movements, related to the renewed China-USA trade tensions, as a consequence of increased tariff threats from the Trump administration. Equity market indices fell sharply in the final two quarters of 2018, as the rhetoric moved onto actual implementation of tariffs involving: the USA, China and the Eurozone. Many global indices, particularly in Asia, entered bear market territory, whilst USA equity indices also entered correction territory.

During 2019, from January to April, global market indices recovered the vast majority of the losses, which had been incurred during the final two quarters of 2018. USA equity market indices posted record highs in April, as bullish sentiment was bolstered due to two main factors. Firstly, during what’s termed “earnings season” many USA firms reported healthy improvements. Naturally, the corporate tax cuts the Trump administration brought into effect in 2017, are still having a beneficial impact on many firms’ bottom line performance. Secondly, for several months, China and the USA entered into shuttle diplomacy regarding the tariffs and trade war. Reports and updates suggested that both parties were close to reaching a consensus and amicable agreement, for a future trade relationship.

However, in early May reports suddenly emerged in the mainstream financial press that the talks between the two economic superpowers were failing. Thereafter, President Trump took to social media to threaten China with an extension of tariffs, to include all Chinese imports into the USA and to increase the tariffs to 25%, on $200b of imports. Market reaction was immediately bearish as the risk off sentiment became contagious; many USA indices lost circa 7% from their 2019 year to date peak. There was a also rush to invest and speculate in safe haven assets.

Towards the end of the trading week ending on Friday May 17th, many equity markets recovered, as news emerged that China and the USA would meet at the G20 meeting in June, whilst Trump took to Twitter to suggest that a climbdown/compromise might be possible. Presumably, a light had gone on in the administration that the import tariffs would simply lead to comparatively huge increases in prices for USA consumers.

The following series of charts, on one hour time frames, indicates the rise and fall in several securities, as optimism increased and a risk on mood gripped markets on Thursday May 17th 2019. The relationship between: market indices, specific commodities and various currency pairs is clearly illustrated. Gold (XAU/USD) falls, WTI oil rises, the U.S. 30 (DJIA) rises and does the U.S. dollar broadly, versus the majority of its peers. In detail; gold and yen generally fall during risk on periods as safe havens are sold off, in preference to riskier investments. Oil tends to rise, as a risk on mood is directly correlated to increased economic activity and therefore, increased demand of energy globally. The pattern is reversed when risk off sentiment prevails; safe havens such as yen and gold would rise, as equity indices sell off, as does oil.

In terms of trading the risk off risk on phenomenon, the formula is (in theory) simple and straightforward. Although the usual caveats apply; there’s never any sure thing when speculation is involved. As we can see in the charts and highlighted comments; the DJIA rose, yen fell, gold fell and WTI oil rose. The text book example of risk on market behaviour was in play, as investors moved out of safe havens into riskier assets, whilst trading activity and volatility also increased.