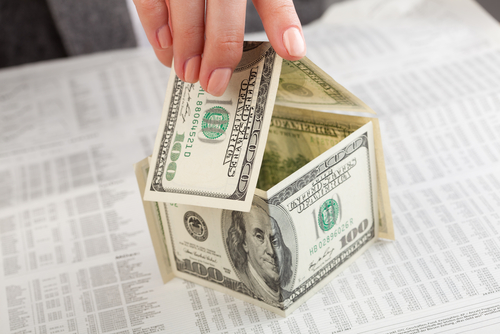 The pound trimmed losses against the US dollar following bullish forex news on US existing home sales. In US morning trade, the GBP/USD retreated from 1.6185 to land at 1.6227. Analysts said that the cable would likely hit its resistance level at 1.6271 and support level at 1.6142.

According to the National Association of Realtors, previously-owned home sales rose by 7.8% month-on-month in August to reach an annual rate of 4.82 million units (on a seasonally adjusted basis), which was 9.3% higher than 4.41 million recorded the same period a year earlier. The figure was much higher than analysts’ expectations of a 4.55 million increase for the survey month, or 2% from the 4.47 million recorded the month before.

The existing home sales report is seen by analysts as an indicator that the housing sector is continuing to make a slow recovery following a prolonged downturn as well as a significant economic indicator, since home sales are a vital part of economic growth since a home is likely the biggest purchase a consumer will make.

The existing home sales report also followed a Commerce Department report on housing starts, which showed that they climbed to an annual rate of 750,000 in August from 733,000 in July. Although starts were up by 29% on a year-by-year basis, the figures still fell below analysts’ consensus forecasts of 768,000 units.

Despite the positive forex news on the US housing sector, however, investors were still nervous due to moves by German legislators to slow down the timetable for a proposed European banking union. Tentative plans by the European Commission call for the European Central Bank (ECB) to be installed in January 2013 as the central regulator for the banking union, and banks starting to be under the ECB’s supervision by June. At an informal meeting of the currency bloc’s finance ministers, however, German Finance Minister Wolfgang Schauble said that they would prefer that supervision of the ECB over the local state-owned Landesbanken, which provides essential credit lines for German municipalities, be phased in gradually.

Schauble added that the new mechanism should be fully effective before the €700 billion European Stability Mechanism (ESM) bailout fund can start to provide cash directly to the region’s ailing banks. Germany received backing for its position to slow down the timetable during the meet from Poland, Sweden and the Netherlands, although a caucus of member-states led by France want the Commission to stick to the timetable.

Further fueling uncertainty to the currency markets is forex news that Spain is uncertain about availing of the ECB’s bond-buying program, since it would mean signing up to a permanent bailout fund. Spain said that their next steps to fix the economy would attempt to avoid further public spending cuts even as the government faced protests against these proposed cuts. Forex news reports added that Spain was also set to test investor confidence by selling as much as €4.5 billion of 12- and 18-month T-bills on September 18, since the yield on 10-year government bonds had risen to 5.96% on September 18 although analysts said that these yields were unsustainable in the long-term.