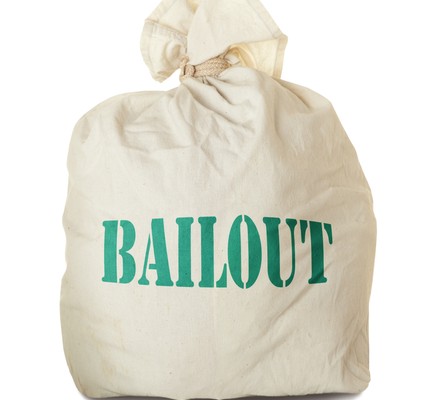 The UK pound continued to trade stronger against the US dollar on the back of positive forex news paving the way for the implementation of the eurozone’s bailout program. The GBP/USD currency pair reached 1.6131 in US morning trading, its highest level since May 11, before it consolidated at the 1.6095 level. The currency pair was expected to find its support level at 1.5988 and its resistance level at 1.6181.

The strong pound was supported by the forex news announcement that the German Constitutional Court had ruled that the eurozone’s European Stabilization Mechanism (ESM) was constitutional under German law, paving the way for the implementation of the European Central Bank’s bond buying program. The program, formally known as Outright Monetary Transactions (OMT), aims to bail out troubled governments by buying bonds with three-year maturity programs and above in order to lower their borrowing costs. Governments can only avail of the unlimited bond buying program, however, if they formally request help from the ECB and agree to strict conditions that may include public spending cuts.

The ESM takes over from the temporary European Financial Stability Facility, which will be allowed to lapse after disbursing loan proceeds it had already committed to Ireland, Portugal and Greece, three countries already receiving bailout money from Brussels. In addition, the ESM is also set to fund the bailout of the Spanish banking system; however, it cannot recapitalize banks directly, instead lending money to governments for the recapitalization.

Meanwhile, the US dollar remained under pressure at the back of forex news that Moody’s may downgrade the US “AAA” credit rating if Congress fails to make headway on resolving the impending ‘fiscal cliff’ which would see billions of dollars in tax increases and spending cuts implemented by January 2, 2013 if no action is taken. The fiscal cliff is anticipated to drive the US into double-dip recession with some analysts estimating that as much as $500 billion would be siphoned out of the US economy in the first year alone. The Congressional Budget Office estimated that, as a result of the fiscal cliff, the economy would contract by 0.5% in 2013 while unemployment rates would zoom to more than 9% by the latter half of the year.

The markets are also eagerly awaiting forex news regarding quantitative easing measures to be implemented by the US Federal Reserve. It is widely anticipated that the Fed will announce a third round of QE after its Federal Open Market Committee (FOMC) policy meeting on September 13. While details are not yet available, economists surveyed believe that the Fed would buy a mixture of mortgage-backed securities and Treasury notes, with median estimates pegging purchases at $300 billion for T-notes and $400 billion for mortgage debt. However, even if an announcement is made, new bond purchases are not expected to be made at once to give time for policymakers to establish a consensus on how to proceed. The Fed is also expected to keep short-term overnight rates to close to zero percent until 2015, in the hope that increased bank reserves would help create fresh credit.

« Euro Surges to 1.29, Poised to Rise further Amid the German Court’s Approval of the ESM US Dollar still Down; German Court Helps Euro Problems »