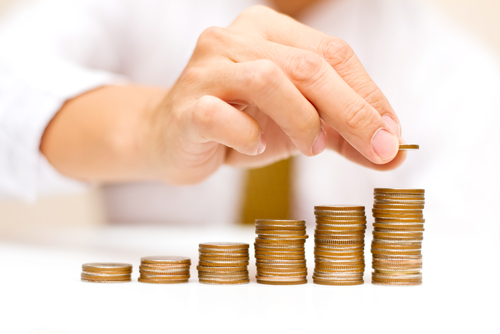 Euro Surges to 1.29, Poised to Rise further Amid the German Court’s Approval of the ESM

Sep 13 • Market Analysis • 1291 Views • Comments Off on Euro Surges to 1.29, Poised to Rise further Amid the German Court’s Approval of the ESM

With the highly anticipated approval by the German court of the ECB’s restructured bond buying program which it calls the Economic Stability Mechanism, a bailout package is essentially in place to aid debt burdened member countries. As a result, the Euro surged against the U.S. Dollar and remained above the 1.29 level.

According to reports from fxstreet.com, Saxo Bank joined HSBC and West Pac becoming bullish for the Euro.  According to the same report, Saxo Bank analysts expect the euro to breach the 1.30 psychological price level, and may even try the 1.33 and 1.34 level.

The current situation, though is deemed fluid by some market observers who noted that part of Euro’s upward surge is attributed to the unwinding of short positions previously established. Going into last week’s trading session, a sizable number of traders still maintained their bearish bias on the Euro and the German Court’s decision granting approval to ECB’s bailout plan forced them to unwind their short positions aiding the Euro to rise further.

Attention is now focused on today’s FOMC meeting although many analysts believe the Euro’s surge to current levels may already be priced in any outcome from the meeting. Going into the weekend, we may not see new positioning from either side for or against the Euro. In the first place, the ECB’s bailout mechanism may be in place but it may be shrouded by the refusal of Italy and Spain to participate with the bond buying program of the ECB. Italy finds the new conditions set by the ECB as too much and too restrictive, while Spain has no more need for a bailout package since its troubles have eased somewhat as a result of the continuing decline in borrowing rates.

With no fresh news, some analysts believe the Euro is unlikely to breach the 1.30 much less mount a rally going into the weekend. The best scenario we may likely see going into the weekend is some position squaring happening with most players likely to prefer taking their profits and remaining on the sidelines to wait for new developments next week. Such a move could lock up the Euro in its current levels with the possibility of even sliding back to the 1.28 level should more position squaring occur.

The technical charts are now arguing for an upside bias as the Euro bounce from the 1.2650 level to its current level broke out of a year-long downward channel. And for as long as the Euro does not go back into the channel and signal a false breakout, the technical outlook will remain bullish for the Euro.

The market is apparently still divided on the Euro’s outlook. Some see a potential for a run up to the 1.30 levels while others argue for a resumption of the Euro’s downward trend initially targeting the 1.2880 then the 1.2750 area with possible attempts to get back in to the downward channel it has been locked into for the last 12 months or so. But whatever the outcome is, D-day is today with the FOMC meeting.