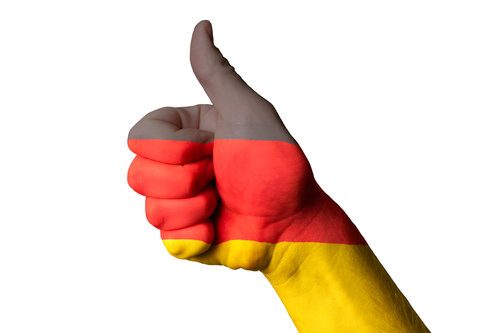 The US dollar traded lower against the euro as well as other major currencies on the back of mixed forex news.  During afternoon European trading, the EUR/USD traded at 1.2899 on the back of news that the German Constitutional Court had ruled in favor of the eurozone’s new European Stability Mechanism (ESM).

In breaking forex news, The Court announced on September 12 its ruling that the ESM was in accord with the German Constitution but placed conditions on its ruling: one, both the Bundestag and the Bundesrat must be formally informed if the ESM requires funding from the German government and the amount of potential contributions be capped at €190 billion when the treaty is ratified. However, the court also allowed contributions to be raised in the future, provided both houses of parliament agree. Germany’s contributions are around 27% of the ESM, or a maximum €190 billion liability.

The ESM will be jointly funded by the 17 euro-zone countries, with each contributing €80 billion. The Fund, which will formally become operational in 2013, will finance bailouts by directly recapitalizing banks, to alleviate the debt burden from the sovereign. In addition, the European Central Bank is also set to implement the Outright Monetary Transactions program alongside the ESM. The OMT is a potentially unlimited bond buying program in which the ECB will buy bonds of a particular country in the secondary markets to lower their borrowing costs. To avail of the OMT, however, a country will have to formally apply for a bailout and agree to adhere to conditions set under the program, which may include the implementation of spending cuts and other fiscal measures.

Meanwhile, forex news on the possibility of a Moody’s credit downgrade as well as market anticipation over the Fed’s implementation of a third round of fiscal loosening measures continued to weigh down the dollar. Moody’s said in a statement dated September 11 that it would downgrade the US credit rating from AAA to a possible Aa1, a one notch reduction, if the US Congress fails to come to an agreement on measures to address the ‘fiscal cliff,’ a series of massive across the board spending cuts and tax hikes worth some $1.3 trillion that is slated to kick in on January 2 if no action is taken. Moody’s had already downgraded its US debt outlook to negative in 2011 following an earlier deadlock by the legislature on raising the US debt cap which nearly resulted in the government defaulting on its external obligations. Standard and Poor’s, a competing ratings agency, had already downgraded the AAA rating of US bonds in August of last year.

Market traders are also awaiting forex news on the Fed’s implementation of QE3, which is likely to be announced following its FOMC meeting on September 13. Among the measures that are likely to be announced is a third round of bond purchases in an attempt to boost economic growth and stimulate job creation. Two earlier rounds of bond purchases worth collectively $2.3 billion have failed to revive the stagnant jobs sector. The unemployment rate has been stuck at over eight percent for 43 consecutive months, while second quarter economic growth was at below two percent.

« China Marks Territory, Drags the Aussie on Imports Drop Euro Surges to 1.29, Poised to Rise further Amid the German Court’s Approval of the ESM »